Warren Buffett bets big on gas after his oil ‘mistake’ 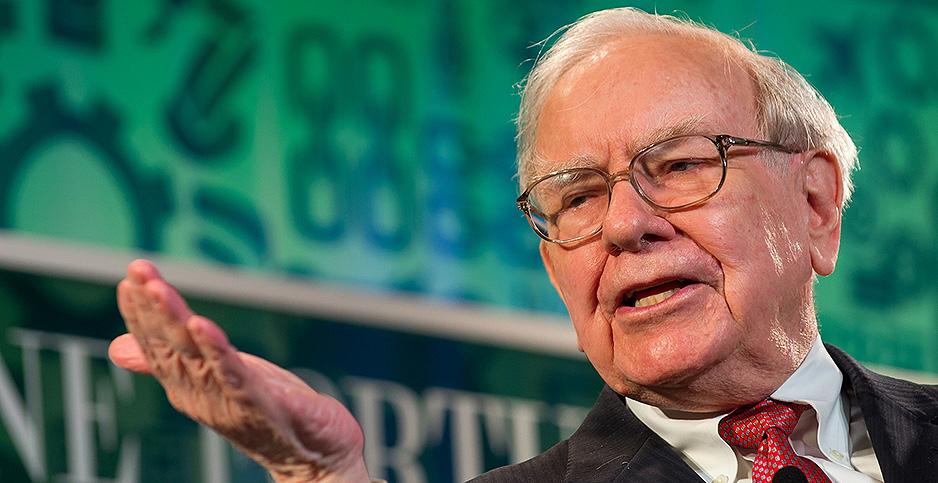 Warren Buffett’s recent investments suggest that the "Sage of Omaha" isn’t betting on swift action to combat climate change, according to financial analysts and environmentalists.

Twice in two years, the Berkshire Hathaway CEO’s sprawling conglomerate has dumped money into companies that produce or transport fossil fuels, the burning of which is warming the planet. That’s in spite of Berkshire’s stated commitment to the Paris climate accord, which would effectively require most countries to emit less carbon dioxide than they offset by 2050, and growing investor concerns about fossil fuel assets.

That purchase was announced on the same day Dominion and Duke Energy Corp., another utility company, abandoned plans to complete the Atlantic Coast pipeline. The controversial project would have carried natural gas through West Virginia, Virginia and North Carolina (Energywire, July 6).

And in 2019, Berkshire invested $10 billion in Occidental Petroleum Corp. — a decision Buffett recently said was a "mistake." Like other oil and gas producers, Occidental has seen its market value plummet this year as lockdowns to slow the spread of the novel coronavirus have weakened demand for energy (Climatewire, May 5).

Taken together, the investments suggest Buffett "is focused on short-term profits from the fossil fuel industry rather than longer-term financial and climate gains," Kelly Martin, the director of the Sierra Club’s Beyond Dirty Fuels campaign, said in an interview. She predicted Buffett’s Dominion deal wouldn’t "work out any better for him" than his Occidental blunder.

But Pavel Molchanov, an analyst at the investment firm Raymond James & Associates, argued the moves were very different. The Occidental investment was based largely on the price of oil and "the timing was not brilliant, in hindsight," he said. The Dominion purchase, on the other hand, "is a bet on the continuation of the production of gas."

Molchanov acknowledged, however, that both deals are based on a belief that American energy consumption patterns, and the emissions released by them, will continue on their current unsustainable trajectories.

"If Berkshire Hathaway believed that natural gas will be outlawed across the United States in the foreseeable future, I’m sure this would be the last way to invest its capital," he said.

Even in the absence of aggressive federal or state regulation of fossil fuels, some experts believe the Dominion deal could lead to additional investor scrutiny of Berkshire.

"We’re definitely seeing investors increasingly concerned about natural gas and the role of natural gas as we try to decarbonize," said Dan Bakal, the head of electric power research at Ceres, a shareholder advocacy group.

"Seeing Duke and Dominion decide not to move forward with the Atlantic Coast pipeline and Dominion selling off its natural gas infrastructure assets is an indication that they’re pivoting away from natural gas," he said. "I think there will be concern on the part of many investors about the role that Berkshire Hathaway is seeing for natural gas."

In 2016, Berkshire signed on to a statement saying it was "committed to working on our own and in partnership with governments to mobilize the technology, investment and innovation needed to transition to a sustainable, low-carbon economy."

But the same year, Berkshire shareholders — at Buffett’s urging — rejected a resolution that would have called on the company to evaluate and report on the climate change risks faced by its insurance division.

Berkshire declined to respond to questions about the environmental implications of its Dominion deal and past support for the Paris accord.