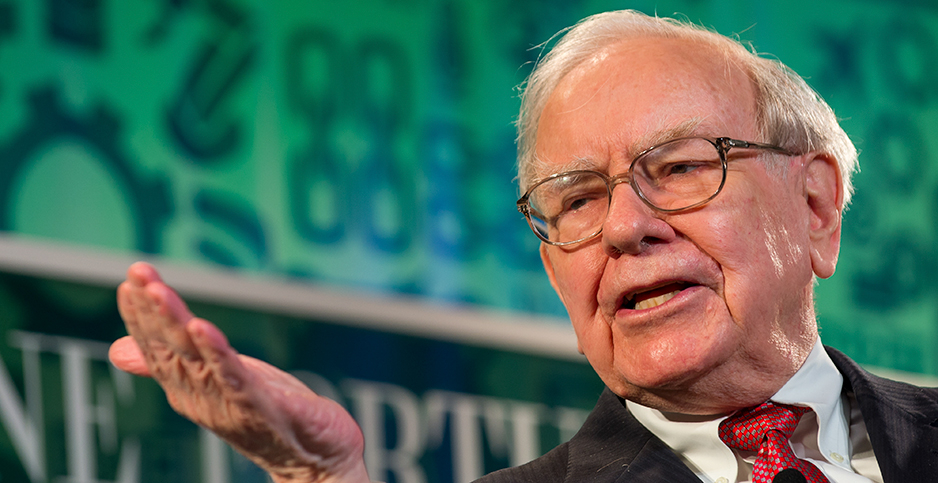 Warren Buffett, the chairman and CEO of Berkshire Hathaway Inc., this weekend lamented the $10 billion investment he pumped into Occidental Petroleum Corp. last April and said he plans to invest more money into wind and solar power.

"If you’re an [Occidental] shareholder or any shareholder in any oil-producing company, you join me in having made a mistake," he said, referring to negative oil prices late last month that happened as a result of the oversupplied U.S. oil market and collapsing demand (Energywire, April 21).

"It was attractive at oil prices that then prevailed," Buffett said of Berkshire’s Occidental bet. "It doesn’t work, obviously, at $20 a barrel. It certainly doesn’t work [at] minus $37 a barrel."

The famous investor predicted that "oil production is going to go down a lot in the next few years because it does not pay to drill."

Buffett’s comments were made in Omaha, Neb., at the conglomerate’s annual shareholder meeting. The closely watched event — a largely online affair this year due to the coronavirus pandemic — stretched nearly 4 ½ hours. Climate change never came up.

"Infrastructure is continuing to change," said Greg Abel, the executive chairman of Berkshire Hathaway Energy. "We’re ready for $100 billion of investment opportunities there."

Abel told shareholders that Berkshire’s energy subsidiary has committed about $40 billion over the next decade to capital expenses. Half of that is for maintaining assets. The other half, he said, is dedicated to "incremental wind, incremental transmission that services the wind or other types of renewable, solar."

"We’ve got a huge appetite," Buffett added. "And the country needs it, the world needs it."

Buffett noted that "government entities" could also support greater deployment of renewables, which can have higher upfront costs than other energy installations but have no fuel costs. The energy business, he said, is "not a way to get real rich, but it’s a way to stay real rich."

Berkshire lost money on its investments in the nation’s four largest air carriers — another "mistake," according to Buffett. He told investors Berkshire had offloaded its stakes in American Airlines Group Inc., Delta Air Lines Inc., Southwest Airlines Co.and United Airlines Holdings Inc. That puts more pressure on an airline industry that’s been battered by plummeting demand for air travel during the COVID-19 pandemic.

"The world has changed for the airlines," he said.