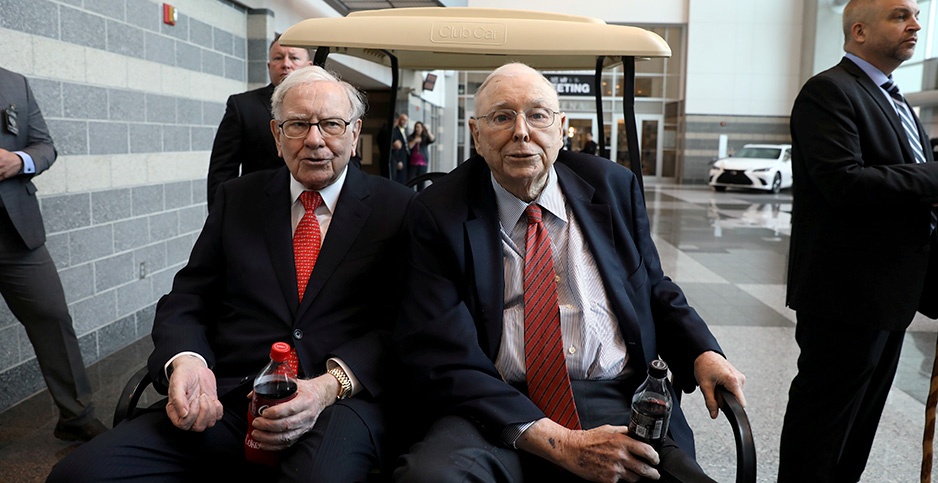 Warren Buffett helped to defeat a shareholder resolution Saturday that urged his sprawling conglomerate Berkshire Hathaway Inc. to inform investors of the risks it faces from climate change. The billionaire also offered a full-throated defense of the oil and gas industry.

The failed climate risk resolution garnered support from more than 25% of Berkshire shareholders at its annual meeting. That more than doubled the high-water mark for an environmental proposal at the company, no small feat given that Buffett alone controls more than a third of Berkshire’s voting shares.

The support for the climate resolution — and another that called for a report on Berkshire’s diversity efforts, which garnered 24% of votes — are a sign to some Wall Street giants that the conglomerate’s 90-year-old chairman and CEO is increasingly out of step with mainstream investors.

"The company is not adapting to a world where environmental, social, governance (ESG) considerations are becoming much more material to performance," BlackRock Inc., the world’s largest asset manager, said after the meeting.

In a vote bulletin, BlackRock said it backed the climate risk resolution "because of the lack of progress that the company has made regarding the management and disclosure of climate-related risks and opportunities."

BlackRock, which owns over 8% of Berkshire’s common stock, also opposed the reappointment of one board member who the asset manager held responsible for the conglomerate’s apparent lack of climate risk oversight. BlackRock opposed another board member for failing to engage with shareholders about their concerns outside of the annual meeting.

But there, too, Buffett’s wishes prevailed: All members of the Berkshire board received a majority of shareholder support.

Ahead of the vote, Berkshire’s top executives spent several hours answering questions from shareholders submitted via email. In that freewheeling forum, Buffett and his lieutenants defended their investment in the oil major Chevron Corp. and downplayed concerns about climate change.

"I think Chevron’s benefited society in all kinds of ways, and I think it continues to do so," said Buffett, whose company at the end of last year owned a 2.5% stake in the California-based driller. "We’re going to need a lot of hydrocarbons for a long time, and we’ll be very glad we’ve got them."

While Buffett acknowledged that the world is "moving away from" fossil fuels he said "that could change."

"Believe me, Chevron is not an evil company," he added. "I have no compunction — in the least — about owning Chevron. And if we owned the entire business, I would not feel uncomfortable about being in that [industry]."

Buffett was responding to a question about whether it was fair to view the oil and gas industry as similar to the tobacco business, which Berkshire swore off in the 1990s.

Vice Chairman Charlie Munger, 97, went even further in his support for the company. He posed a scenario in which one of his family members was trying to decide whether to marry a young man who is an English professor at Swarthmore College or a Chevron employee.

"Which would you pick, sight unseen?" asked Munger. "I want to admit I’d take the guy from Chevron."

Berkshire’s leaders also cast doubt on the potential for catastrophic impacts from climate change, which most scientists say is increasingly likely if the world blows past 1.5 degrees Celsius of average warming.

"What’s happening will be adapted to over time, just as we’ve adapted to all kinds of things," said Buffett, who has a net worth north of $103 billion.

Munger was even more skeptical of the scientific consensus.

The shareholder meeting was held in Munger’s hometown of Los Angeles rather than in Omaha, Neb., where Berkshire is headquartered and the event — dubbed "Woodstock for capitalists" — traditionally occurs. This year’s four-hour affair was livestreamed by the Yahoo Finance website and included a small, socially distanced, in-person audience.

During last year’s online-only meeting, Buffett said he regretted a $10 billion investment Berkshire made in Occidental Petroleum Corp. ahead of the pandemic-induced plunge in oil prices and vowed to direct more money into renewable energy.

But since then, Berkshire has continued to pump cash into fossil fuels, spending $9.7 billion for Dominion Energy Inc.’s natural gas transmission and storage business (Climatewire, July 7, 2020).