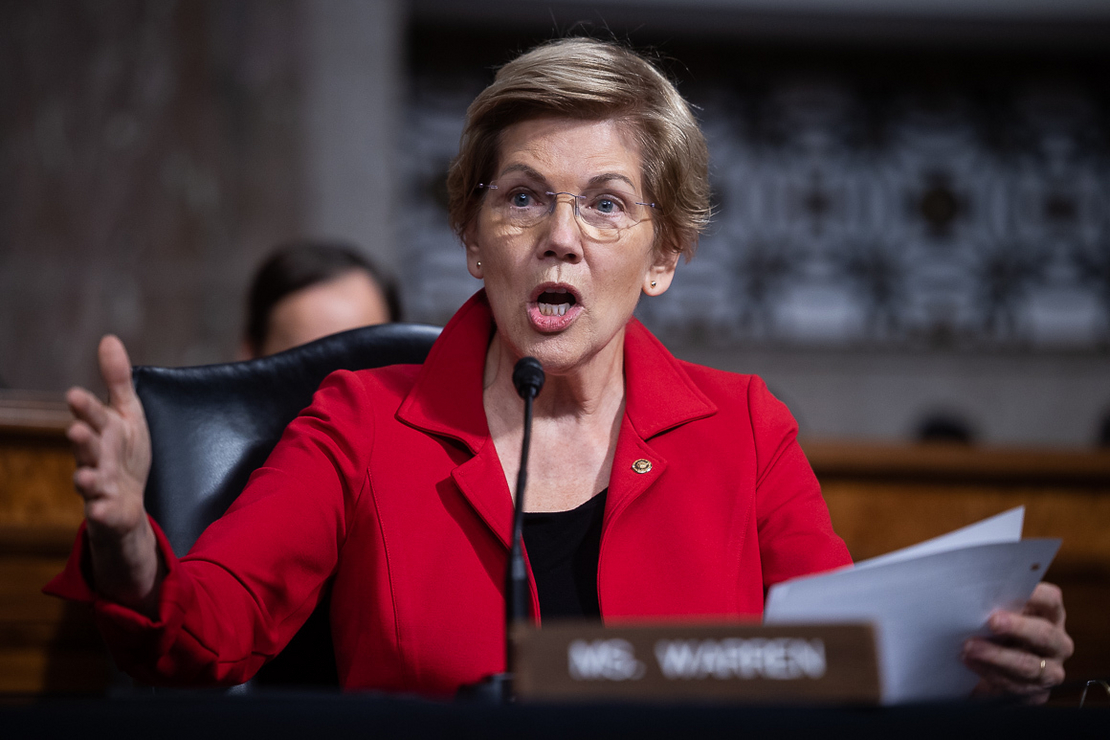 In a Wednesday letter, Warren and six other Democratic lawmakers asked the Electric Reliability Council of Texas (ERCOT) for data on the power used by crypto mining operations, the associated carbon dioxide emissions and the impact on electricity costs to Texans.

The letter also asked for details on payments to cryptocurrency mining companies for curtailing their energy use under programs that kick in for industrial customers when power supplies are tight. Critics have raised concerns that miners — particularly those for the energy-intensive Bitcoin currency — were given hefty subsidies for curtailing use this summer during heat waves, which also helped the crypto industry avoid higher electricity prices.

“In simple terms, the Bitcoin miners make money from mining that produces major strains on the electric grid: and during peak demand when the profitability of continuing to mine decreases, they then collect subsidies in the form of demand response payments when they shut off their mining operations and do nothing,” the Democratic legislators said in the letter.

The payments, the Democrats added, “contribute to a larger issue of having consumers, rather than industries with outsized electricity demand like cryptominers, bear the costs of maintaining the electricity grid.”

Texas has become a hub for cryptocurrency miners, fueling concerns about the electricity grid. Crypto mining operations require large amounts of electricity and run virtually around the clock. That can sometimes force grid operators to start up natural gas- or coal-fired power plants that would otherwise be idled.

Industrial-scale crypto miners use an estimated 2 gigawatts of power on the grid in Texas already, according to an April presentation by the Texas Blockchain Council. There are 1,000 megawatts in a gigawatt. One megawatt can power about 200 homes during peak demand, according to ERCOT, whose region accounts for about 90 percent of the state’s power load.

ERCOT estimates that another 27 GW of crypto operations could be added to the grid by 2026, an amount representing about a third of the grid’s normal peak demand.

The crypto industry has touted its ability to be flexible and reduce demand. Lee Bratcher, president of the Texas Blockchain Council, told The Washington Post that more than 95 percent of the state’s industrial-scale Bitcoin mines cut power consumption by over 1,000 megawatts collectively for a number of hours during a July heat wave.

The industry has also said it performs a grid service by being able to ramp up and down demand, helping to match supply and demand. Some mines are located near wind farms in west Texas where poor interconnection to populated cities means power can go unused.

Bratcher and ERCOT did not respond to requests for comment in time for publication.

Warren (D-Mass.) has been a leading critic of cryptocurrency, urging more oversight of the industry’s financial and environmental impacts.

In an investigation released over the summer, Warren and other Democrats found that seven large crypto miners who responded to data requests operated more than 1,045 megawatts of electric production capacity nationally, which Warren and her co-authors estimated at the equivalent of 830,000 homes.

The report also found that those miners were planning to increase their capacity nearly 230 percent in the coming years for an increase of about 2,400 MW.

“And all of this energy use is resulting in substantial amounts of carbon emissions and other adverse air quality impacts,” Democrats wrote in the latest letter.

Texas officials have not signaled that they would consider a similar moratorium or other restrictions, although the grid impacts of the industry are being closely watched.

Ben Hertz-Shargel, global head of grid edge at Wood Mackenzie, told E&E News that the data request from Democrats could help politicians get a better handle on the industry and could help support more regulations to tamp down on the most energy-intensive forms of mining. Bitcoin especially, he said, relies on a verification process that uses a vast amount of electricity, while other crypto platforms like Ethereum have pivoted to a cleaner process.

In an interview, Hertz-Shargel said the power grid has a number of unprecedented challenges, from extreme temperatures to wildfires and drought to higher natural gas prices and insufficient grid components.

“Bitcoin mining represents a massive burden to the grid which regulators can control, and they are keen to prevent it from contributing to the energy security and climate challenges they already face,” he said.