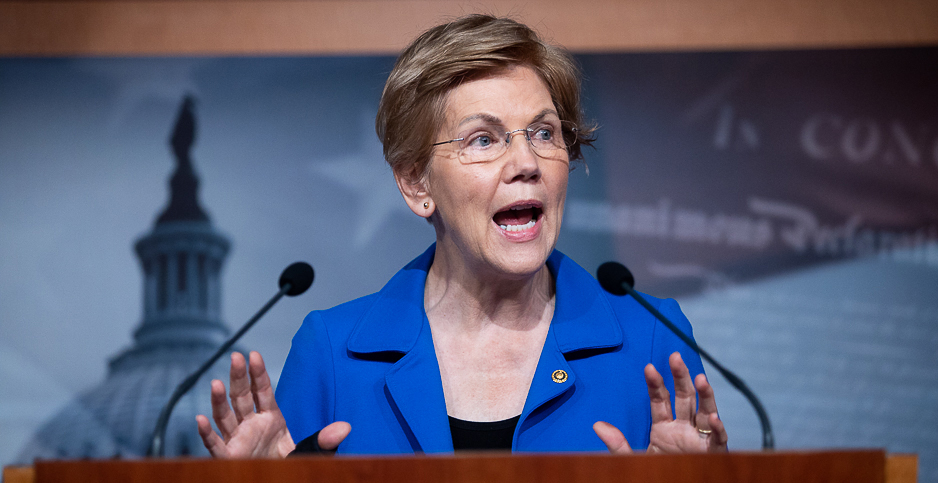 Senate Democrats offered differing views on filibuster reform yesterday, underscoring the debate in the party about how to deal with a closely divided Senate should they sweep the elections in November.

"We can’t wait until the start of the 117th Congress to have a discussion about how Democrats are going to meet the urgency of this moment," Sen. Elizabeth Warren (D-Mass.) said last night at a virtual event with activists on getting rid of the filibuster.

"We need to be educating and organizing now so that our allies understand why making progress on anything in Congress will require changing the rules in Congress," she said.

Democrats have a good shot of winning back the Senate in November, but they are unlikely to have the 60 votes necessary to overcome filibusters.

For that reason, and because Republicans are likely to block attempts to address climate change, reforming Senate rules has become a major priority for activists and environmentalists.

But views are mixed among Democratic senators, despite the fact that both parties have already made significant changes to the filibuster rules to push through presidential nominations and court picks (Climatewire, Sept. 28).

Senate Minority Leader Chuck Schumer (D-N.Y.) yesterday reiterated his view that "everything will be on the table" if Democrats take the majority, but he also took a wait-and-see approach that differed from Warren and other progressives.

"We first have to elect a majority," he said at a separate press conference yesterday afternoon. "If we don’t elect the majority, we won’t even be discussing it."

Sen. Mazie Hirono (D-Hawaii) similarly told reporters the debate about reform would have to wait until the election results are in.

"There was a time when I did not support a filibuster change because the filibuster is supposed to protect the voices of the minorities," she said at the press conference. "We’re in the minority. I don’t think our voices are being protected, so I’m open to that discussion, but it won’t happen unless the Democrats take back the Senate."

Early in President Obama’s second term, then-Majority Leader Harry Reid (D-Nev.) led a change to Senate rules that allowed confirmation of most presidential nominees by a simple majority to skirt Republicans who were holding up a slew of agency and court picks.

The Senate is driving to confirm Judge Amy Coney Barrett, Trump’s pick to replace the late Justice Ruth Bader Ginsburg, under the same rules, which would tilt the court to a conservative majority for a generation.

Warren pointed out yesterday that McConnell’s two biggest priorities — confirming judges and cutting taxes — have been able to skirt the filibuster during Trump’s presidency.

Republicans passed the 2017 tax cut bill via reconciliation, a process that allows certain budget-related legislation to pass by a simple majority and that Democrats have also considered using to pass a climate bill.

"And if Mitch wants to cut taxes again for the rich and the powerful or confirm racist, anti-healthcare, anti-voting judges to the court, do we get a veto? No."

Talking about it could have a political advantage, as well, because educating voters about filibuster reform ahead of the election would only lend credibility to Democrats’ policy promises on the campaign trail, Warren added.

Sen. Jeff Merkley (D-Ore.) said during the virtual event that the traditional defenses of the filibuster — that it upholds free speech and allows compromise — are "myths" given that they were frequently deployed by segregationists looking to hold up civil rights legislation.

Senate Democrats, he said, are "moving in the direction of recognizing that this reform is necessary."