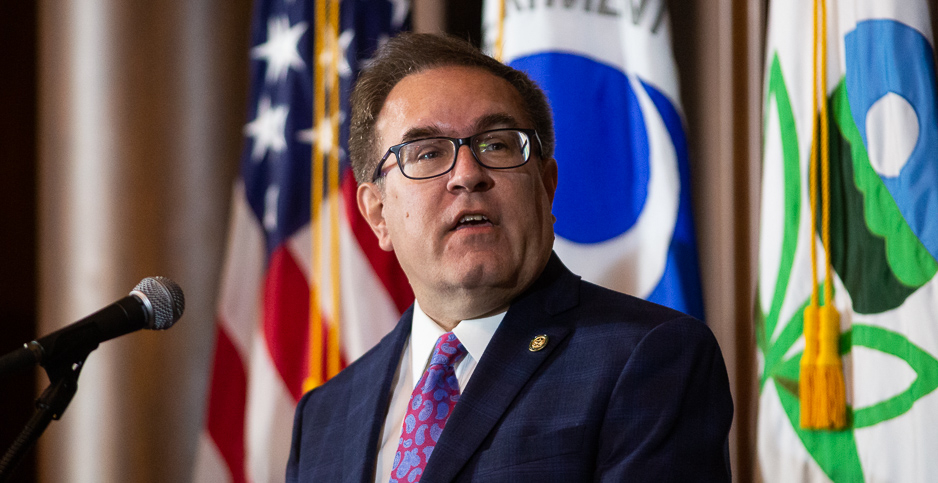 EPA is scrambling to finalize as many rules as possible by the middle of May to prevent Democrats from undoing them if they take control of the Senate and White House next year, according to experts who follow the agency’s rulemakings.

Agency officials hope to make it impossible for a Democratic administration and Congress to employ the Congressional Review Act, which can be used to cancel Trump-era rules at EPA and other agencies. The law allows for resolutions of disapproval to pass the Senate with a simple majority vote. Once that occurs, an agency can bypass the usual procedures of proposal and public comment required to rescind a rule, which can take years.

It also bars a future administration from promulgating a similar rule without new consent from Congress.

But the law applies only to regulations that became final in the last 60 legislative days of the previous Congress. The unpredictability of Congress’ legislative calendar in an election year makes it hard to nail down the exact date the 60-day threshold will elapse, but EPA is said to be working with a May 20 timeline.

But experts say the agency is aware of the risks involved with getting rules out late enough that they could be challenged under the law.

"We’ve heard from multiple people inside the agency that there’s this May deadline that’s consuming the political appointees, because that’s the date that they have determined subjects agency rules to the Congressional Review Act in this session of Congress rather than the next session of Congress," said John Walke, who directs the air and climate program at the Natural Resources Defense Council.

"It would be good to have rules finalized by May," said Jeff Holmstead, a former EPA air chief under President George W. Bush. "That’s the date that people are thinking of."

An EPA spokesperson declined to comment on the agency’s timeline. "EPA will provide updated information on the expected timing of agency rules in the forthcoming spring regulatory agenda," the spokesperson said.

Some senior Democrats have already floated the idea of using the Congressional Review Act to combat Trump’s regulatory agenda. In fact, Senate Democrats launched a quixotic effort last year to use the law to strike down EPA’s Affordable Clean Energy rule for power plant carbon emissions despite being in the minority. The effort failed on a 41-53 vote.

Democrats would be borrowing a page from the Trump playbook if they used the law, and the administration has reason to be wary.

"They’re worried because of course the Trump administration undid a lot of things done toward the end of the Obama administration, or tried to," said Andrew Rosenberg, director of the Center for Science and Democracy at the Union of Concerned Scientists.

To be sure, none of the Obama-era rules that Trump and congressional Republicans succeeded in knocking down in 2017 originated within EPA. Resolutions of disapproval targeting President Obama’s methane standard and other EPA regulations failed to garner enough support in the Senate.

But the law, which until the Trump presidency had only been used once, for a Clinton-era rule on workplace ergonomics, helped the current administration invalidate 16 Obama-era rules, including the Interior Department’s regulations protecting streams from mountaintop-removal mining. It was also used to cancel a Securities and Exchange Commission rule meant to expose potential bribes from U.S. resource extraction companies to foreign governments.

The latter is required under a landmark financial reform law, and the SEC is still struggling to replace it without violating the Congressional Review Act prohibition against promulgating similar rules.

The law’s language barring agencies from ever promulgating a substantially similar rule makes it a "blunt instrument" that’s ill-suited to policymaking, said Rosenberg.

"The reason that we are in general opposed to the use of CRA is that agencies go through a formal rulemaking process that has to be justified by science and analysis," he said. "[A rule] has to go through administrative procedures and is challengeable in court. CRA doesn’t have any of those features.

"It’s just a bad way to do things," Rosenberg said.

EPA currently has a full docket of rules that it’s trying to finalize by the end of Trump’s first term; completing them all by May is a tall order. Some are still in the proposal stage, while some final rules haven’t traveled to the White House Office of Information and Regulatory Affairs for vetting yet.

"If they haven’t been sent to OIRA yet, there’s a good chance they won’t be final by May," said Amit Narang, regulatory policy advocate at Public Citizen.

The Trump administration’s carbon rule for new and modified power plants has been proposed and its public comment period has ended, but the final rule has yet to be submitted for review despite EPA’s prediction last fall that it would be final by December. The replacement for Obama’s oil and gas methane rule — which targets volatile organic compounds instead of methane, a powerful greenhouse gas — is also not final.

The agency’s controversial bid to restrict the scientific research that can be used in environmental regulations is still at the proposal stage and will require a public comment period. It completed White House review Monday. EPA seems to have punted on plans to promulgate a new rule for cost-benefit analyses under the Clean Air Act until a second term, and it’s unclear how it plans to move New Source Review reforms.

That’s a top priority for many industries and the subject of legislation on Capitol Hill. EPA jettisoned language from the Affordable Clean Energy climate rule last year that would have tweaked requirements for power plants. It promised a more comprehensive approach, but the clock on the first Trump term is winding down. EPA could argue that it has already proposed the changes in the ACE proposal and issue a final New Source Review rule, experts say, but that would likely be challenged in court.

Regulatory analysts say EPA should focus on building legally sturdy rules, even if it means missing the May deadline.

"I don’t think anybody wants the administration to take shortcuts on rules. I think they’re in better shape to get them done right," said Holmstead.