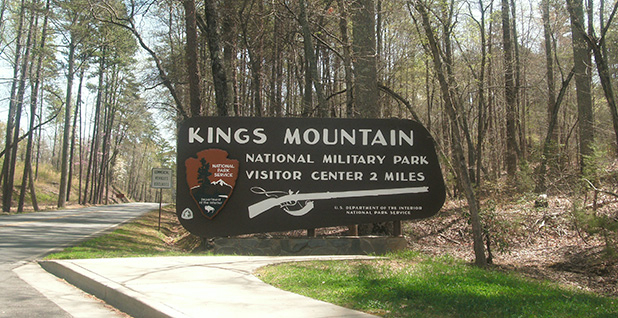 A report from the IG’s office said the Park Service did not follow a competitive bidding process and conspired with the artist and an unnamed "friends group" to structure the purchase in a way that allowed the artist to avoid federal taxes.

When selling the 4-by-8 painting for the Kings Mountain National Military Park visitor center, the artist wanted to avoid the federal government garnishing his check for back taxes. So instead of direct payment, NPS deposited $39,000 into the friends group’s account and the friends group then paid the artist, the report said.

Around the same time, the park increased its annual funding to the friends group by $25,000, though investigators said they found no proof of a direct connection between the purchase and the increased funding.

The park service approved the purchase in September 2015. The IG investigated the case after receiving a complaint that NPS had violated federal procurement policies.

The park near Blacksburg, S.C., along the border of North Carolina and South Carolina, is a park within the Southern Campaign of the American Revolution Parks Group and commemorates the 1780 Battle of Kings Mountain during the Revolutionary War.

The report did not include the names of any individuals involved in the transaction.

The IG’s office said the U.S. Attorney’s Office in South Carolina decided not to prosecute the case, but findings from the report were turned over to acting NPS Director P. Daniel Smith "for any action deemed appropriate."