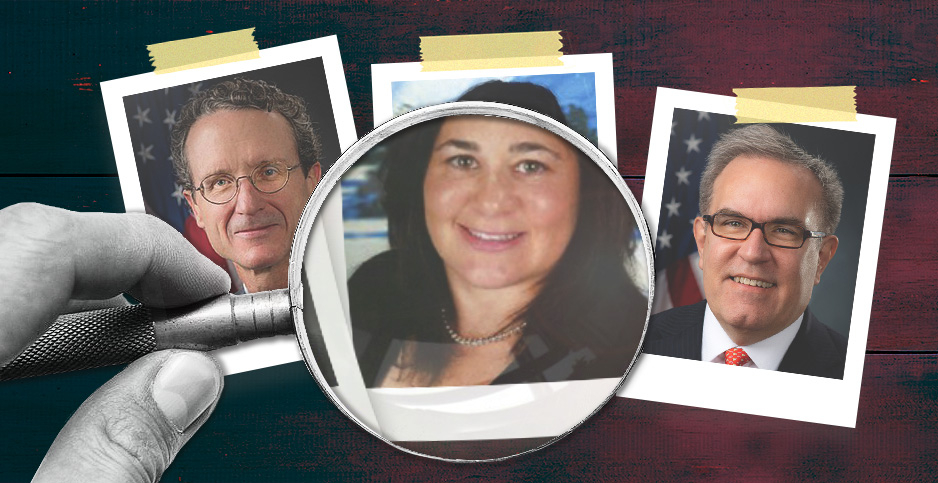 Scott Pruitt’s critics know he won’t be atop the agency forever — which is why they’re now targeting officials directly below the EPA chief.

Some of the allegations threatening Pruitt’s hold on the agency have come from information revealed in public records, many of which were released through lawsuits against EPA. But that often means there’s a significant time lag between actions at EPA and the public’s awareness of officials’ behavior. By the time information about Pruitt and his associates is released under the Freedom of Information Act, it can be several months old — some of the officials involved might even have stepped down as EPA stalls on records requests.

So watchdog groups and environmental organizations waging battles against EPA are now shifting their strategy to a two-pronged offense. On the one hand, they’re fighting against EPA’s public records practices through the courts. They hope victories there will end habits that they say violate the spirit of FOIA, in turn expediting reviews. At the same time, those groups are filing new requests on officials likely to fill the void if Pruitt leaves the agency before President Trump exits the White House.

"We’re planning for a post-Pruitt world," said Austin Evers, executive director with the advocacy group American Oversight. "We will be putting together a package of kind of our greatest hits for people other than Pruitt in the coming days," he added. "FOIAs that are pending now will be paying dividends the minute [Andrew] Wheeler steps in."

The liberal group Center for American Progress Action Fund is investigating how Wehrum plans to handle potential conflicts of interest stemming from the 31 times he sued the agency while in private practice. Wehrum is now regulating many of his former clients.

American Oversight is ramping up what it calls "baseline information" — submitting FOIAs for resumes, past employers and the like. Evers said that helps surface political players who haven’t yet come to light. That could yield more intel about staffers poised to play a larger role in policy decisions given the sizable turnover at EPA amid Pruitt’s many scandals.

Wheeler will also be a significant focus of Trump administration critics. The Sierra Club has filed recent FOIA requests on him and other newer appointees, said Elena Saxonhouse, the group’s senior attorney. American Oversight is making him a central part of its investigations, too.

"Wheeler would step in with the same substantive agenda [as Pruitt] but with slightly fewer ethical problems," Evers said. "And we’re going to test that assumption."

EPA’s Office of Public Affairs, which has been central to message control, is also in the crosshairs. A pending case in the U.S. District Court for the Northern District of California concerns how EPA’s public affairs team has pitched conservative media outlets. The Sierra Club lawsuit alleges EPA violated spending laws preventing distribution of "covert propaganda." The environmental group said EPA officials wrote and pitched op-eds to publications that advocated exiting the Paris climate without identifying the agency as the source and author.

"If EPA is putting out opinions or written work for the public, they’re trying to influence policy but not stating it’s from the EPA, then that could be a legal violation," Saxonhouse said.

In the meantime, several lawsuits could shed light on practices EPA has employed to restrict the flow of documents. Many have found the agency’s FOIA tactics problematic. The latest example came last week when Politico reported a Sierra Club FOIA request for Pruitt’s emails returned just one message sent from his government account.

"FOIA’s purpose is simple: It’s to allow people to find out what their government is up to," said Jared Knicley, an attorney with the Natural Resources Defense Council. "Pruitt’s EPA has been using FOIA to do the opposite."

The first concerns whether political officials are intervening in FOIA requests. Earthjustice is representing the Sierra Club against EPA in that case in the Northern District of California court. It sued the agency when EPA said a FOIA request for correspondence regarding guidelines for releasing effluent from power plants into waterways had to go through "senior management review."

That "senior management review" is suspicious, said Thom Cmar, an attorney for Earthjustice who’s working on the case. He said it suggests the decisions of political officials may be superseding those of trained FOIA attorneys that EPA and other federal agencies have on the payroll.

"It would raise questions about the legitimacy of the agency’s involvement. There is supposed to be an objective interpretation of what FOIA requires in terms of making the information available to the public versus what the agency is entitled to withhold," Cmar said. "The advisers to Scott Pruitt are not experts in FOIA. They’re bringing an entirely different set of motivations to the table."

Proof already exists that political officials are weighing in on FOIA decisions. Ex-Pruitt aide Sarah Greenwalt testified to the House Oversight and Government Reform Committee that she was brought into such discussions. Rep. Elijah Cummings (D-Md.), the committee’s ranking member, outlined that and a number of other concerns regarding EPA’s FOIA practices in a letter this month (Greenwire, June 11).

"We know that there’s this group that has been involved in reviewing these responses before they go public," Cmar said. "We don’t know yet the extent to which there has been direct political manipulation in the responses themselves."

"Awareness review is not unique to this administration," an EPA spokesman told E&E News in a statement. "Each EPA program and Region does their own FOIAs, so an awareness review allows the press office, Congressional affairs office and senior officials to be informed of documents being released in response to FOIA requests, to facilitate inter-office coordination, and to prepare responses to inquiries."

A second case the NRDC is pursuing in the U.S. District Court for the District of Columbia would address a policy EPA is increasingly relying on that cancels FOIA requests with little warning. The agency has sent numerous letters asking requesters to clarify their FOIA responses with the caveat that they’ll be rejected if respondents fail to make necessary changes within 10 days. Once rejected, filers have no recourse for appeal.

"The only principle that I’ve been able to divine out of this is they seem to be sending them when it’s a politically sensitive FOIA request," Knicley said.