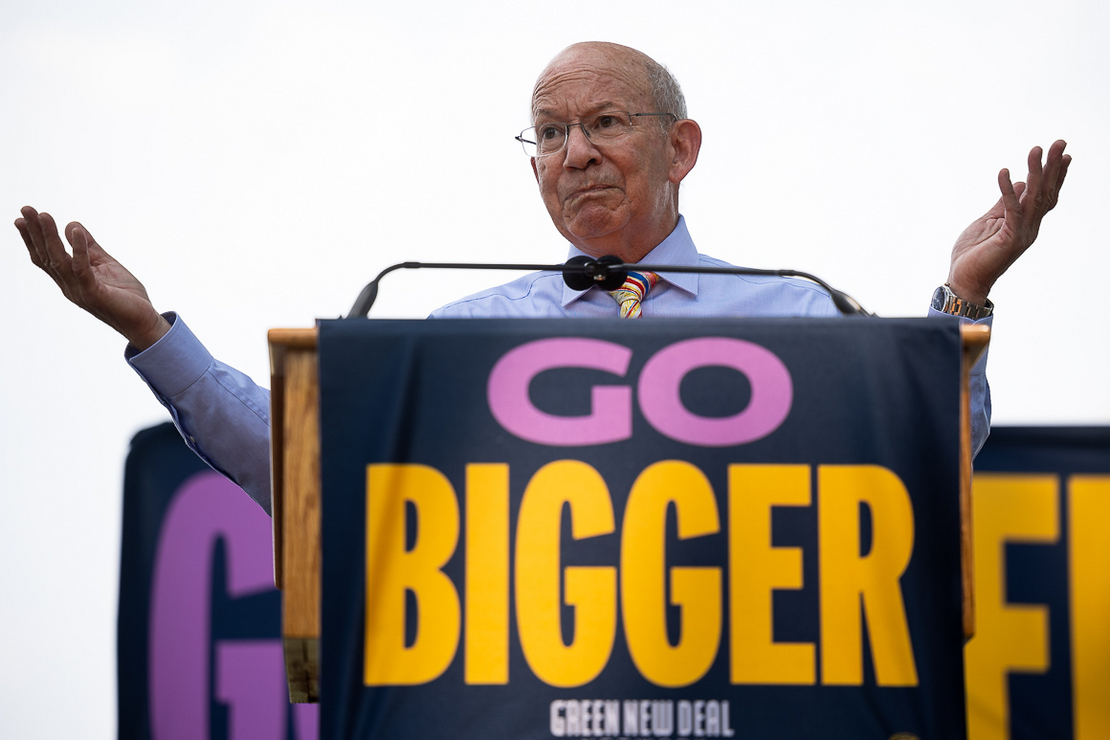 President Biden has made getting lead out of America’s drinking water a focal point of his infrastructure package and environmental justice push, but advocates say that goal is looking more daunting given the fractious nature of ongoing negotiations on Capitol Hill.

Senate Majority Leader Chuck Schumer (D-N.Y.) has vowed to hold a vote today on the bipartisan infrastructure package that’s still being hashed out despite the lack of legislative text and mounting Republican complaints.

As it stands for water, Senate negotiators have said the overall package will likely borrow heavily from S. 914, a bill that passed the upper chamber in April with broad support but is only worth $35 billion, including $100 million annually for five years for EPA grants to reduce lead and boost testing.

That’s far from the $45 billion Biden initially called for to remove all lead pipelines nationwide. Adding fuel to the fire, the water sector has already said more is needed, citing a price tag of $60 billion to remove all lead service lines as “conservative.”

The bipartisan framework calls for $55 billion for general water infrastructure and just over $16 billion for ports and waterways. But the lack of details and desire among progressives for a lot more spending is boiling tempers.

On a private call this week, Oregon Democratic Rep. Peter DeFazio, chair of the House Transportation and Infrastructure Committee and a champion of ambitious legislation in the House to boost the water sector and remove lead pipelines, told colleagues he hoped the Senate talks — endorsed by Biden — fail.

On the call, first reported by POLITICO, DeFazio said the “whole thing falling apart is probably the best thing.” The congressman’s frustration stems from the Senate’s limited interest in H.R. 3684, the ”INVEST in America Act” (Greenwire, July 1).

DeFazio in a statement applauded the Senate for passing a bipartisan water infrastructure bill but said there are “significant differences” between the two chambers and that the best way to resolve them is through “a normal conference negotiation to ensure the views of both chambers are addressed.”

The congressman noted that the House bill includes robust funding levels to address a known backlog of clean water projects, and much of that money is targeted at rural, tribal and economically vulnerable communities.

“I am concerned that if we simply accept the Senate’s version, we’ll never be able to work down the huge backlog—over $270 billion over the next 20 years—of wastewater maintenance needs in this country,” DeFazio said. “Our bipartisan bill has support from over 100 stakeholders across the political spectrum, due to its funding levels and policies included to meet the unique needs of communities across the nation. That work cannot simply be left out of the discussion.”

As the clock ticks on, the water sector is waiting to see what emerges from the Senate today or in the coming days — and wondering what backup plan exists on the Hill should the deal fizzle.

Beyond the bipartisan dealmaking, Democrats are moving forward with a budget reconciliation plan to pass more of the president’s priorities without Republican votes in the Senate, but even that $3.5 billion effort is being called too modest by some activists and lawmakers

“We hope that whatever comes out of Congress through whichever mechanism — a bipartisan deal or reconciliation or some other measure — is sufficient to meet the moment,” said John Rumpler, senior director of Environment America’s Clean Water for America campaign. “We’ve been waiting for years and in some ways decades, and Congress has been talking about infrastructure, infrastructure, infrastructure — here we are at the cusp of a real deal and we’d urge Congress to make the most of this moment.”

‘No one should believe’ all lead will go away

If infrastructure negotiations fail, water advocates are hopeful lawmakers can still move to reauthorize critical programs and even approve new ones.

“In the worst case, if infrastructure talks fall apart, Congress could still conference the ‘INVEST Act’ and [S. 914],” said Dan Hartnett, chief advocacy officer for the Association of Metropolitan Water Agencies. “Maybe it would be a massive new funding bill, but at a minimum we could authorize existing water and wastewater programs and even authorize some new ones, too.”

Hartnett said he believes there’s “momentum on both sides” given legislation has passed both chambers. But he also said the industry would opt for more modest funding under S. 914 given concern about regulatory changes under the House bill, including amendments that would scrap cost-benefit analyses tied to some regulations.

Hartnett cautioned against the notion that all the nation’s lead service lines would be removed, even if Congress reaches a deal to fulfill Biden’s original call for $45 billion to get the job done. Hartnett said it goes beyond funding, noting that some utilities are having trouble accessing lead service lines that connect to private properties to remove them.

There’s also the challenge of finding and creating an inventory of lead services lines. EPA estimates there are up to 10 million, but environmental groups said they believe there are many more given some states don’t even have programs in place to identify or track the lines.

Hartnett said utilities can either look at where a service line connects to a water meter to determine if it’s lead, or dig a hole into the ground next to the house to see what the pipe looks like and scratch it to test the composition.

“We know how to do it, it’s a matter of how much manpower a utility has to go around to possibly hundreds of thousands of customers to see what’s there,” he said. “Even if the amount of money that Biden asks for is appropriated, no one should believe that will mean that 100% of lead service lines will go away.”

Rumpler said he stands behind S. 914 as a “good, small step in the right direction on water infrastructure,” but emphasized it’s not enough to meet the nation’s drinking and wastewater need.

He noted that the bipartisan framework, for example, is offering $55 billion over eight years, compared to more than $750 billion that EPA says states will need over the next two decades to boost clean and drinking water.

“The number speaks for themselves that the need is far greater than what’s being put on the table,” he said, adding that the “worst possible outcome” would be for talks to fall apart and Congress to do nothing.