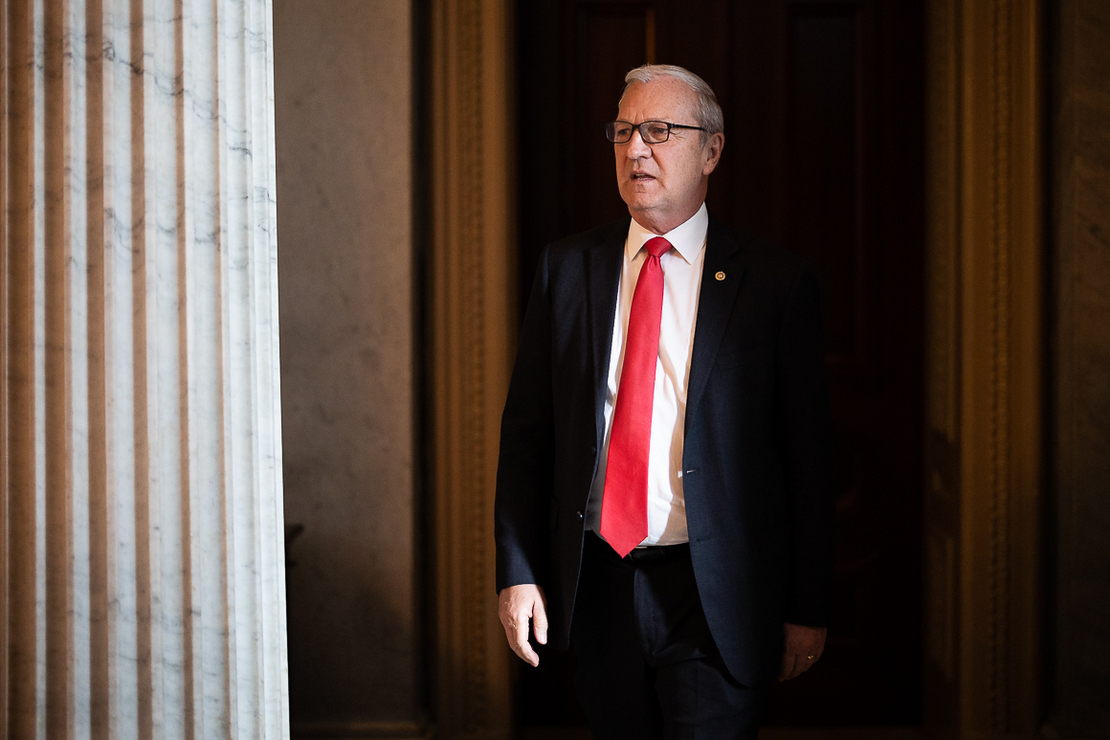 Senate Republicans will try their best to remove some of the more controversial climate provisions from the Democrats’ $1.75 trillion social and climate spending package. Whether they’ll succeed is another question.

Among the provisions being sized up for the chopping block: a new methane fee, some tax credits for electric vehicles, and new oil and gas royalties.

They’ll seek to cut these through the budget appeals process governing the rules of reconciliation.

The process, known as a “Byrd bath,” will involve lawmakers attempting to make their cases to the Senate’s parliamentarian over the package’s $555 billion in climate-inspired spending. Majority Leader Chuck Schumer (D-N.Y.) plans to kick off floor consideration of the package by Dec. 13.

The review, completed almost entirely behind closed doors, is already underway for other components of the bill like the immigration title. Scrutiny for the climate provisions of the bill is expected to begin as soon as early next week.

“We’ll look at as much as we can to strip out of it through a Byrd bath,” Sen. John Cornyn (R-Texas) told E&E News yesterday. “[The methane fee] is obviously one of the ones that is a big concern, but there will be arguments on both sides.

“But we aren’t going to just roll over,” he added.

The procedural review stems from the late Sen. Robert Byrd (D-W.Va.), the longtime lawmaker who headed up Democrats on the budget and spending committees for years.

The process ensures any reconciliation legislation complies with budget rules that would allow it to pass the Senate with only 50 votes, thus avoiding the need for 60 votes to break a filibuster. That includes strict guidance that the policy in question must have some direct impact on federal spending or revenues.

Democrats remain confident that the structure of the $555 billion in climate-related spending meets the thresholds for that process. The majority of spending — more than $300 billion — is allocated toward clean energy, electric vehicle, manufacturing and energy efficiency tax credits.

“We are talking with the parliamentarian all of the time,” Finance Chair Ron Wyden (D-Ore.) said yesterday. “This is federal spending, these are tax dollars, so I think we will be OK.”

In the early stages of negotiations, the $150 billion Clean Electricity Performance Program was considered the primary candidate for a parliamentary challenge, but the proposal fell out of talks amid opposition from Sen. Joe Manchin (D-W.Va.) over cost and alleged reliability concerns.

“We’re hopeful,” Senate Environment and Public Works Chair Tom Carper (D-Del.) said in an interview yesterday. “A lot of conversations are taking place already with the parliamentarian to make sure that we understand what concerns they may raise.”

‘Take a whack at it’

Republicans are sure to keep the pressure up on how those tax credits are structured, among other climate provisions they see as harmful to U.S. energy production, especially as global energy prices spike amid an economic reemergence from two years of pandemic lockdowns.

Among the provisions being eyed by Republicans are the new methane fee program and oil and gas royalties.

The methane program would pair grants with a fee on methane emissions from oil and gas facilities. It would spend $775 million and bring in $7.95 billion over 10 years, according to the Congressional Budget Office.

Sen. Kevin Cramer (R-N.D.) acknowledged the provisions would be difficult to knock out. But he nonetheless said it would “be worth a scrub.”

“You could see that as a tax, and maybe it would be,” he said of the methane fee. “But we’d certainly want to at least take a whack at it.”

Oil and gas leasing changes — including royalty hikes — would also raise some $2.3 billion over a decade, per CBO. The House-passed bill would raise rates 12.5 percent to 18.75 percent for onshore oil and gas leases, while new offshore leases would hit at least 14 percent.

It’s part of a suite of reforms in the package, including a ban on drilling in the Pacific, Atlantic and eastern Gulf of Mexico, all intensely opposed by industry.

Cramer argued that a royalty rate hike could ultimately disincentivize production and reduce federal revenues. “Our folks definitely think it would be a disincentive to continue to produce on federal lands, which obviously reduces the revenue,” Cramer said.

Democrats may have to make some tweaks to satisfy the parliamentarian, but Sen. Ben Cardin (D-Md.), a senior member of EPW, said he doesn’t expect anything major.

“I think almost everything we’ve heard so far is correctable,” Cardin said in an interview.

Across the Capitol, House Democrats are watching their priorities closely.

Regarding royalty rate increases, House Natural Resources Chair Raúl Grijalva (D-Ariz.) told E&E News yesterday, “I haven’t heard from the Senate in or out. Supposedly Manchin was ‘concerned but not troubled’ by it, whatever that means.”

Meanwhile, another Senate Democratic swing vote on reconciliation, Kyrsten Sinema of Arizona, “has not made any weird overtures on it,” in Grijalva’s words; neither, he said, has moderate Sen. Jon Tester (D-Mont.), “who usually brings this stuff up.”

Ultimately, asked if he was optimistic, Grijalva replied, “Cautiously.”

House Democrats are also wondering how to interpret relative silence in the Senate over a provision they support that would ban drilling in the Arctic National Wildlife Refuge. The provision would repeal language from the Republicans’ 2017 tax law — which was also advanced through the reconciliation process — that opened up ANWR to extraction activities.

Rep. Jared Huffman (D-Calif.), chair of the House Natural Resources Subcommittee on Water, Oceans and Wildlife, said he and other champions of the proposed repeal have yet to hear complaints from Manchin, who has voted in the past to open ANWR up for drilling — though not in the 2017 reconciliation bill — and is close to Sen. Lisa Murkowski (R-Alaska), who has vowed to fight it.

“To a degree we feel there has been some acquiescence, if not agreement,” said Huffman. “But the bottom line is, anytime you’re doing something the fossil fuel industry opposes, you got to sleep with one eye open.”

Murkowski told E&E News earlier this week she was strategizing a way to get the repeal removed from the reconciliation package but would say no more on the matter.

“I can’t tell you what my strategy is,” she said, “because then it wouldn’t be a strategy.”