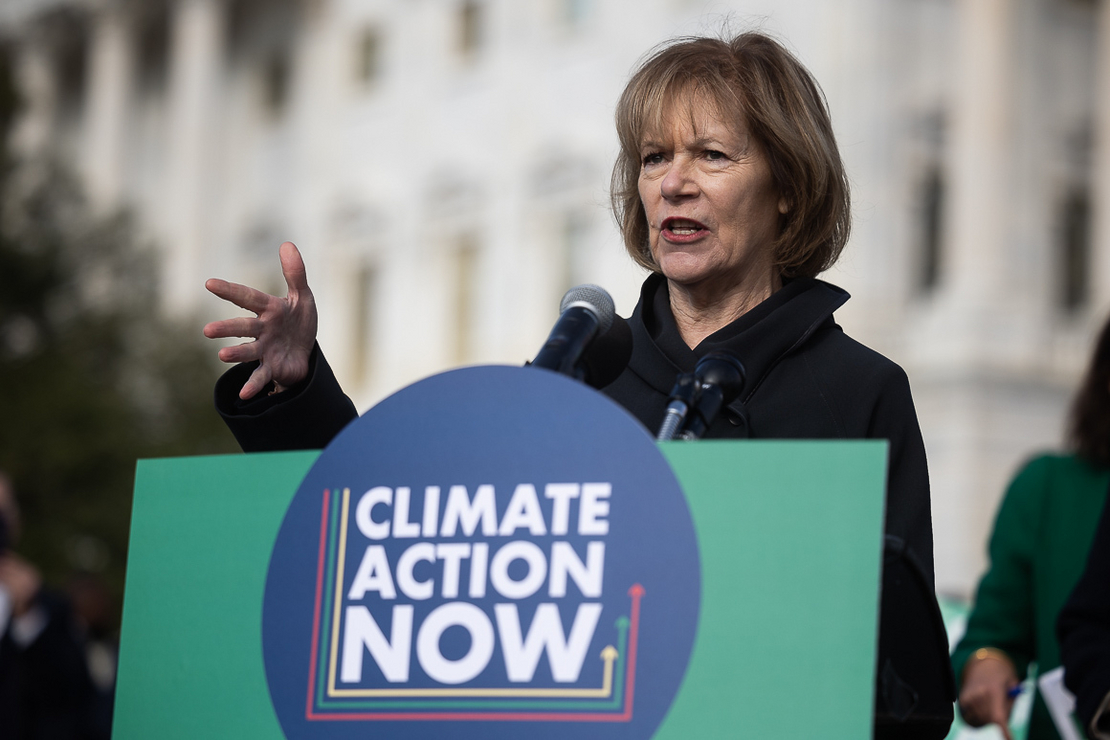 Smith raised the issue at a Senate Banking Committee hearing that featured David Maurstad, who oversees FEMA grant programs that pay for local projects to fortify against disasters such as flooding, tornadoes and earthquakes. The hearing was focused on FEMA’s National Flood Insurance Program, which the Biden administration has proposed overhauling.

Though federal law requires FEMA aid to be spent equitably, FEMA grants that pay to elevate flood-prone homes “have overwhelmingly benefited wealthy and predominantly white communities,” Smith said, citing the E&E News investigation (Climatewire, May 27). That investigation found that in 12 of the 18 states that have received almost all of the FEMA elevation funds, more than half of the money went to communities that are wealthy or overwhelmingly white.

Asked by Smith to respond to those findings, Maurstad said that FEMA is undertaking a sweeping equity assessment of all agency programs to determine “how we can make sure that there is equity in the manner in which our programs are implemented.”

“We know we have work to do in this area,” he told the committee.

After the hearing, Maurstad told E&E News that the equity analysis for FEMA mitigation grants involves analyzing who is benefiting from the grants.

FEMA has spent $2 billion since the early 1990s to elevate 14,400 homes above local flood levels. The grants, worth up to $550,000, are a boon to homeowners because elevating a home increases its value, protects it from flooding and saves homeowners tens of thousands of dollars in flood insurance premiums.

FEMA’s Flood Mitigation Assistance Program accounts for about a third of the money the agency has spent elevating homes. The program will award $160 million this summer for a variety of flood projects including elevating or demolishing homes and improving drainage systems.

During yesterday’s hearing, Maurstad said it was one of two prominent FEMA grant programs that are in the process of complying with President Joe Biden’s Justice40 initiative, aimed at directing 40 percent of federal climate and clean energy investments to disadvantaged communities. The other program is its new Building Resilient Infrastructure and Communities initiative, which has not paid for projects to elevate homes and will award $1 billion this summer.

Smith told Maurstad that the designs of FEMA grant programs such as Flood Mitigation Assistance “end up disadvantaging low-income property owners and also communities of color.”

E&E News found that policies set by FEMA, Congress and state officials over three decades have made it nearly impossible for people who are Black or Hispanic, or who have limited income, to get federal elevation money in most states.

Because the money is restricted to people who own homes — and who in most cases can pay tens of thousands of dollars for costs not covered by FEMA — Black and Hispanic people are penalized due to the nation’s huge racial and ethnic disparities in wealth and homeownership.

Maurstad told the Banking Committee that FEMA mitigation grants are “a shared responsibility” between the agency and states and communities. FEMA typically pays 75 percent of a project that it funds through a grant and requires the remaining 25 percent to be paid either by a state, municipality or homeowner.

“We’re going to be doing outreach, and we’re going to continue to solve how we can better distribute our mitigation grant dollars,” Maurstad said.

Smith’s home state of Minnesota is not among the states that receive the bulk of FEMA funds for home elevation, and it experiences relatively little flood damage compared to coastal states. But in a statement to E&E News after the hearing, Smith said that one of her top priorities is “addressing the longstanding racial inequities that our nation continues to face, particularly when it comes to housing.”

“I’m focused on reducing discrimination, ensuring equity and making sure that all communities are able to access mitigation assistance,” Smith said.

Maurstad said in a statement to E&E News after the hearing that “FEMA is committed to ensuring that our grant programs are delivered equitably.”

“But let me say unequivocally,” Maurstad added, “that our programs are not designed to discriminate.”