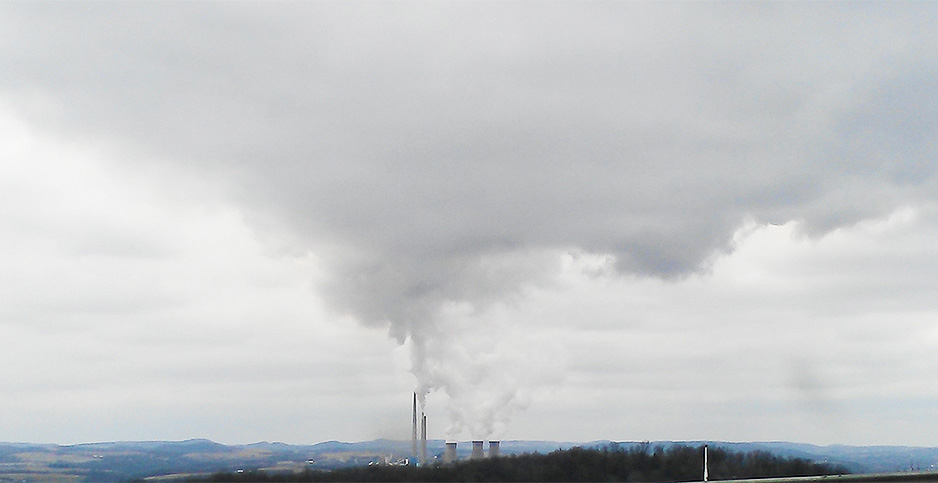 WILMINGTON, Del. — Geography brings Pennsylvania and Maryland together. Ozone is driving them apart.

After EPA declined to crack down, Maryland Environment Secretary Ben Grumbles is taking a rarely tested route: formally enlisting the endorsement of fellow Northeastern state regulators for a plan to require the Pennsylvania plants to run their pollution controls full tilt every day of the summer ozone season.

Based on data from the plants themselves, that hasn’t been happening, Grumbles said in an interview this morning to discuss the state’s newly filed petition to the Ozone Transport Commission. For Maryland and other downwind states, the requirement would make a big difference "on whether we can attain our ozone standards," he added.

Assuming the other commission members go along, EPA’s signoff would also be needed for the requirement to take effect. But the Trump administration has been loath to impose new requirements on coal-fired generating facilities.

So, for now, Maryland is focused on rounding up support from other states for the petition, Grumbles said when asked about the odds of EPA approval. "Then we’ll take it one step at a time."

Maryland had hoped the commission — a congressionally created body that covers 10 other states and the Washington, D.C., metropolitan area — would vote on the petition during its annual meeting here yesterday. Although that vote was postponed, Grumbles said he’s been assured action will follow in the next few weeks.

A spokesman for the Pennsylvania Department of Environmental Protection, which is also represented on the panel, did not return a phone call seeking comment.

The petition, dated May 30 but publicly released only after yesterday’s meeting, acknowledges that Pennsylvania has made significant headway in reducing long-term average emissions of ozone-forming nitrogen oxides. However, the state’s rules "still allow excess emissions on a daily basis," the petition continues.

Maryland wants the commission to develop a recommendation for EPA to require those plants to operate their controls "in an optimized manner every day of the ozone season."

"This is one of the most important remaining strategies to [Ozone Transport Commission] nonattainment areas," it says.

Ozone, the main ingredient in smog, is linked to asthma attacks in children and other problems. It is created by the reaction of nitrogen oxides (NOx) and volatile organic compounds in sunlight. Whatever its practical effect, the petition could also be seen as a token of rising worries over compliance with EPA’s limits on ground-level ozone.

After setting the standard at 75 parts per billion in 2008, EPA tightened it in 2015 to 70 ppb, citing fresh research on ozone health effects. But throughout the commission’s territory, some 35 million people are still breathing unhealthy air, Francis Steitz, air director for New Jersey, said during the meeting.

The stakes are high. If the entire region were in compliance with the 70 ppb standard, an estimated 1,400 deaths would be prevented each year, Jeff Underhill, chief atmospheric scientist at the New Hampshire Department of Environmental Services, said during a presentation. But after falling substantially since the 1990s, ozone levels have plateaued in the last four years — or even rebounded in some instances, Underhill said.

"We’re scratching our heads as for why that is," he said. "All we know [is] that it is happening."

Maryland and other states say they’ve worked aggressively to police pollution within their borders and are increasingly pointing fingers at out-of-state sources. When asked why Pennsylvania plants wouldn’t consistently run their pollution controls, Grumbles cited the possibility of "economic cost savings," adding that Maryland has had those regulations in place for its power facilities since 2015.

Maryland’s gambit is authorized by the same provision in the 1990 Clean Air Act amendments that created the transport commission to help address the Northeast’s chronic ozone problems. It has been invoked only once before for a vehicle emissions issue in 1993, according to David Foerter, the commission’s executive director.

But while commission members gave Idsal a round of applause after her presentation, several said later that they anticipated no additional federal help. EPA maintains that its 2016 Cross-State Air Pollution Rule update is sufficient for now to cut power plant NOx emissions that cross state lines. Maryland and Delaware are already challenging in court the agency’s rejection of their respective "good neighbor" petitions that sought federal muscle in curbing upwind emissions from power plants in other states.

New York is now pursuing a similar petition. Coincidentally, a public hearing was also held yesterday at EPA headquarters in D.C. on the agency’s tentative plan to deny it.

In an interview after the commission meeting, Rob Sliwinski, assistant air director for the New York Department of Environmental Conservation, said he did not expect EPA to change course in its final decision.

"We expect that any change that will come on their part will have to be through litigation," Sliwinski said.