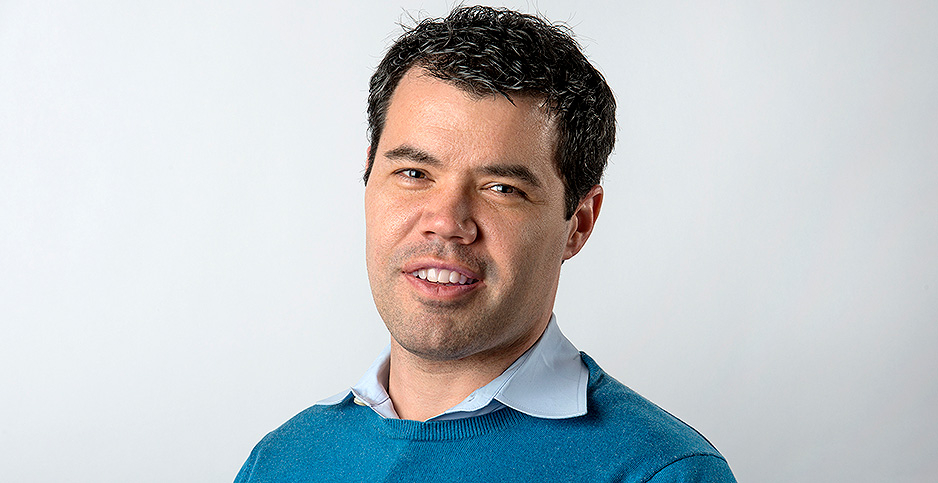 Chris Mooney never expected to win a Pulitzer Prize during a global pandemic.

Mooney, an environmental reporter for The Washington Post, was sitting at home last weekend when he got a call from his editor.

The news: The Post had won a Pulitzer for explanatory reporting for the series "2°C: Beyond the Limit," which looked at places that have already warmed by 2 degrees Celsius.

Mooney had come up with the idea for the series in late 2018. He had also worked on all 10 stories, which examined "hot spots" from Qatar to Siberia.

A New Orleans native and a graduate of Yale University, Mooney has written for a variety of publications, including Mother Jones and Discover magazine. He joined the Post in 2014.

Mooney recently spoke with E&E News about winning a prestigious prize, reporting in Uruguay and hoping his daughter sees a coral reef in her lifetime.

How did you find out you won a Pulitzer?

I was at home watching a movie with my wife on Saturday evening, and my editor called. I knew this was possible, but I wasn’t gonna get my hopes up. And so when it happened, I was very shocked.

How did the "2°C" series come about? Do you recall initial conversations about it with your editors?

In late 2018, I felt that I was seeing a common theme in several different studies. The studies all showed that warming was high or above average in certain regions of the world, and weird things were happening in those places as a result. So I talked to my editor, Trish Wilson, about how I was seeing this trend. I don’t remember the exact conversation, but we decided that this was bigger than one story. And as it started to gain momentum, Trish decided to marshal our whole team’s resources and deploy reporters to all of these places.

Which stories in the series did you work on?

I worked on all of them to varying degrees. One was all mine. It was the one about Uruguay, which was also the story that laid out our global research and some of the big conclusions. But I was a co-author on four other stories about Siberia, Africa, Angola and Japan. And I was the person who did the research behind much of it and figured out which places reporters would travel to, although I only traveled to Uruguay.

Why did you choose to focus on Uruguay?

Basically, we mapped global hot spots using a variety of methods and data sets from Berkeley Earth and other sources. And this spot off of Uruguay’s coast kept showing up. It showed up so consistently in the data sets that it was pretty clear to me in April or March of last year, which was early for this project, that this was one of the places we were gonna go to. And so I decided to just be the person who went there.

I flew to Uruguay’s capital of Montevideo in April of last year. Our photographer, Carolyn Van Houten, came with me. When we arrived, we met up with this scientist named Omar Defeo. He’d been studying this population of clams along the coast where Uruguay and Brazil kind of touch, and he had documented over decades that the population had really crashed. And he’d even tied that directly to changing ocean water temperature.

Omar turned out to be very engaging and a very good guide. He took us to Barra del Chuy, which is a community right by the border with Brazil. And using a translator, we talked to the clam fishers whose lives had been utterly upended by this.

What do you hope readers take away from the series?

And if you look at these places that are hit the hardest by temperature change, you learn that they’re a harbinger of what everybody will experience in the coming decades. One expert we quoted in the first story, the marine biologist Daniel Pauly, said: "These hot spots are chunks of the future in the present."

So by going to the hot spots and telling what’s happening there, we’re telling everybody what’s coming. And we’re also showing that this is a problem now, not for the future.

Does the series also illustrate that developing countries disproportionately feel the impacts of climate change?

Yes, I think that was another insight of the series. Climate change is unjust and unfair, because you get places that didn’t contribute much to the problem that are ending up having hot spots, and it’s not like they’re the big emitters.

Do you see any parallels between climate change and the coronavirus pandemic?

I am covering both at the moment. That’s a really complex question. It would be easier to answer if we knew that the virus definitely came from the illegal animal trade. We don’t know that for sure. But I think it’s generally true that humans are changing the Earth in a huge number of ways, and that leads to not only emissions, but also interactions between humans and wildlife that can cause diseases to jump to humans.

You could also make some broader thematic connections about really big, global, consequential issues that can only be addressed through acceptance of the science. I think the two crises are very similar in that respect, although they’re very different in the sense that the coronavirus hits you hard and fast, whereas climate change doesn’t usually appear to do that.

How are you spending your time during the coronavirus pandemic?

I’m working from my basement every day. I live in D.C. with my wife, my daughter and my wife’s mother, who has been here since the outbreak started because we decided it wasn’t a good idea for her to travel home.

My daughter is 1 year and 4 months old. We’re just watching her grow up and seeing a lot of her — more than we would usually. While the pandemic is a terrible situation, that’s been nice to see. But we wouldn’t have wanted it to happen this way.

What are you looking forward to doing whenever the pandemic is over?

As I said in my virtual remarks to the Post staff about this series winning a Pulitzer, I’d also like my daughter to see a coral reef. The closest one is in Key Largo. She’s a little young to understand what that would mean right now anyway, and she isn’t scuba diving. But whenever she’s older and the world goes back to a point where people travel again, that’s something I’d like to do.