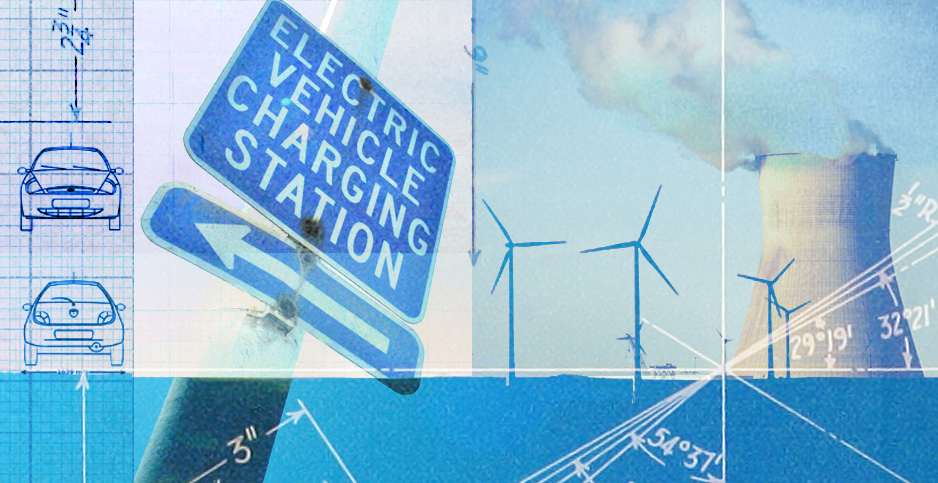 The annual meeting of the Edison Electric Institute (EEI), which represents investor-owned electric utilities in the U.S., was the first held in person since before the Covid-19 pandemic. It was significant given the outsize role electricity is expected to play in moving the country toward carbon-free energy.

Over a dozen states have set goals to achieve 100 percent carbon-free electricity or net-zero greenhouse gas emissions within less than 30 years, and many states — as well as the Biden administration — are seeking to promote electric technologies like heat pumps and battery-powered cars. A number of major utilities have also set their own goals to achieve carbon-free electricity or net-zero greenhouse gas emissions by 2050 or sooner.

Utility executives said they’re prepared to lead a transition to a clean energy economy, even as inflation and supply chain issues have slowed down solar and wind installations and as critics say the industry hasn’t done enough to get off fossil fuels. A flurry of electric trucks, cars and motorcycles were on display outside the conference center that housed the industry meeting, underscoring the connection to the decarbonization of other sectors.

“If you look at our history, there was a time when it’s fair to say the clean energy transition was held at arm’s length by the industry because we weren’t quite sure it could be pulled off successfully,” Gerry Anderson, executive chair of Michigan-based DTE Energy Co., said during a discussion at the conference. “The opposite is true now: We’re fully in, pursuing it hard and making it happen.”

The conference came at the start of what’s expected to be a hotter-than-average summer that could test the reliability of the U.S. power grid (Energywire, June 23). It also comes as many utilities are seeking to increase rates charged to consumers due to rising fuel costs and other factors, in proceedings that are generating controversy and protests in some states.

In interviews, several utility executives said their companies are investing in efforts to harden and strengthen grid infrastructure. But they suggested a more resilient grid could come with higher costs.

“We did a climate review last year, and we went decades in the past. There’s no doubt storms are getting more frequent and more severe, and we have to be ready for that,” said Nick Akins, CEO of Ohio-based American Electric Power Co. Inc.

Akins and others also said they see distributed energy resources — like residential solar and batteries, “smart” thermostats, and other localized projects — as critical for building a more reliable, modern power grid.

Environmental groups have long accused utilities of undermining the build-out of distributed energy resources, particularly rooftop solar, by opposing certain programs that incentivize them. Akins and others in the industry have said those incentive programs may be unfair to other customers.

Clean hydrogen was also discussed during the sessions, as a number of utilities are considering blending hydrogen gas with natural gas in the coming years and decades. Still, some acknowledged the uncertainty around the economics of clean hydrogen production and lingering safety questions associated with the gas.

Here’s a look at some of the issues highlighted during the conference.

Russia’s invasion of Ukraine earlier this year has rocked global energy markets, contributing to higher oil and natural gas prices as European countries seek to wean off Russian fuels. Uncertainty in the supply chain for renewables, meanwhile, has caused some utilities to extend the life of coal-fired power plants (Energywire, June 24).

Global energy trends haven’t pushed utilities away from decarbonization goals, but those goals could become more difficult to realize, utility leaders and analysts said during the conference.

Another lesser-known, emerging obstacle for utilities in deploying clean energy is labor shortages, according to Dan Hahn, a partner at the consulting firm Guidehouse, which works with utilities, government and other organizations.

“I don’t think it’s going to stop the goals. It could slow down the progress of them and could have a material impact to achieving those goals,” Hahn said in an interview. “I think that’s something we’re working together as an industry to figure out.”

Russia’s war with Ukraine has altered the energy landscape in Europe, as some countries have switched back to coal for their energy needs to avoid using Russian gas, said Meghan O’Sullivan, a professor at Harvard University’s Kennedy School who formerly served as deputy national security adviser on Iraq and Afghanistan.

Nonetheless, the crisis could ultimately be “compatible” with efforts globally to reach net-zero greenhouse gas emissions, O’Sullivan said during a keynote discussion.

In the U.S., meanwhile, lawmakers and energy industry leaders should try to learn from mistakes made during previous energy crises and focus on “long-term fixes,” said Jason Bordoff, co-founding dean of the Columbia Climate School.

Rather than seeking to ramp up coal and gas production, for example, there should be a greater focus on investing in energy efficiency and “demand-side” solutions, Bordoff said in conversation with O’Sullivan.

For now, Bordoff said he was “not confident” as to whether existing clean energy goals would stay on track, given that economywide emissions both in the U.S. and the world have “gone up, not down.”

While greenhouse gas emissions from the U.S. electric power sector have been on a downward trajectory for the past three decades, emissions from power plants spiked in 2021 for the first time in the years (Greenwire, Feb. 18).

“One of the lessons or outcomes of this is going to be a recognition that for true energy security, to deliver a smoother, less volatile transition and to deliver faster decarbonization, you’re going to need government to play a bigger, not smaller role, in the energy sector in the years to come,” Bordoff said.

Hydrogen on the move

From hydrogen to electric vehicles, utility leaders made clear last week that they want to take part in all aspects of the energy transition. They also said that more support from the government — in the form of tax credits for emerging technologies — could help boost those resources.

Florida Power & Light Co. (FPL), which announced this month a goal of eliminating carbon emissions from power plants by 2045, sees hydrogen as a component of its emissions reduction strategy. By 2045, the company expects to see the economics “line up” to run natural gas power plants on hydrogen, Sunanda Behara, executive director of development programs at FPL, said during a panel discussion.

Federal tax credits similar to the ones that already existing for wind and solar would be helpful for making hydrogen economically viable faster, she added. Lawmakers in Congress are currently weighing passing a suite of clean energy tax credits, including a new “clean hydrogen” tax credit, through the budget reconciliation process.

“Hydrogen has to get to that same mix between not only our state regulators and [their] policy, but also a federal policy that could incentivize and provide a little bit of that support to move this technology further along,” Behara said.

Making “green” hydrogen with renewable electricity is currently more expensive than hydrogen produced with natural gas, but green hydrogen could be cost-competitive in many countries by 2030, Bloomberg New Energy Finance projected last year. Another option for making hydrogen cleaner is to capture some of the carbon dioxide emissions released in traditional, fossil-fuel-based hydrogen production.

Louisiana-based Entergy Corp. is developing a 1,215-megawatt natural gas plant near Bridge City, Texas, that will be able to power more than 230,000 homes with up to 30 percent hydrogen capacity once it’s up and running in 2026. Still, Rod West, group president of utility operations for Entergy Corp., said he wasn’t sure at what point hydrogen will actually be flowing through pipes across the utility’s service area.

“We’re trying to figure that out with our customers and stakeholders,” West said in an interview.

Leaders from EEI presented a new forecast for EVs during the conference, projecting that there will be about 26.4 million EVs on U.S. roads by the end of the decade — up from an earlier projection of 18.7 million on the roads in 2030.

By 2030, EVs will represent nearly 10 percent of the light-duty vehicles on the road in the U.S., according to the forecast, which draws on independent analyses done by Boston Consulting Group, Deloitte, Guidehouse and Wood Mackenzie.

The growth of EVs is expected to increase demand for electricity, requiring investments in traditional power grid infrastructure as well as electric charging stations. Utility executives said they are taking steps to prepare the power grid for a shift toward EVs, and some expressed interest in ensuring equitable access to those and other resources as well.

“As we go through this energy evolution, we can’t leave out segments of our communities. Equity has to play a big part in this,” Calvin Butler, chief operating officer at Exelon Corp., said in an interview.

Exelon has partnered with ride-share service Lyft Inc. to allow senior citizens on the South Side of Chicago to use free EVs for their so-called last mile of transportation, meaning the last portion of their journey from a transit station to their home, Butler added. The company has a similar initiative in place in Baltimore, he said.

Another area of focus for utilities is charging stations. Last year, EEI launched the electric highway coalition, which aims to develop fast-charging stations across the U.S. to allow the public “to drive EVs with confidence” by the end of 2023. The coalition now has more than 60 investor-owned and municipal electric utilities.

The shift to EVs has the potential to boost public health in historically disadvantaged areas that experience high levels of heavy truck traffic, given the health consequences of exposure to diesel emissions, said Terry Travis, chief disruptor and managing partner at EVNoire, a consulting firm focused on electric transportation.

But for those benefits to be realized, the transition to EVs must be done with equity and diversity in mind, from the installation of charging stations to the hiring of workers across the supply chain, Travis said during a panel discussion.

“It is my perspective that the communities that have been impacted first and worst should be prioritized in installation as well as the maintenance of this charging infrastructure,” he said.