What a clean electricity payment plan means for gas, CCS 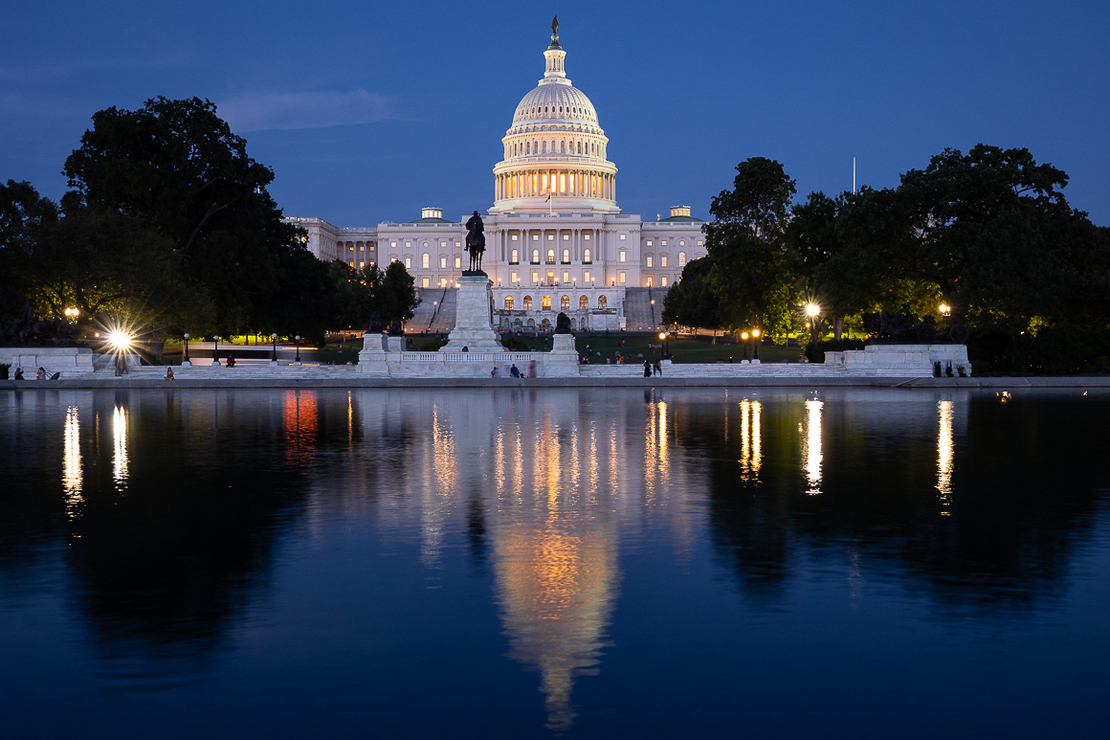 House lawmakers are debating whether natural gas should qualify as a clean energy source when the fossil fuel is paired with carbon capture or other emissions-reducing technologies. Francis Chung/E&E News

Natural gas could still count as a clean power source under House Democrats’ $150 billion clean electricity proposal, but only with the widespread adoption of technologies like carbon capture and storage, according to analysts.

Yesterday, the House Energy and Commerce committee advanced plans for a Clean Electricity Performance Program (CEPP), which would be implemented through the Department of Energy. Under the House proposal, the CEPP would give out grants to electricity suppliers that increase the amount of clean electricity they supply to customers by at least 4 percent over the previous year (Energywire, Sept. 10).

While the CEPP under consideration doesn’t bar the use of any electricity source, it defines clean electricity as generation with a carbon intensity of less than 0.1 metric ton of carbon dioxide equivalent per megawatt-hour — effectively ruling out natural gas on its own.

However, gas producers could get around that by blending in low-carbon fuels such as hydrogen or biomethane, while natural gas plants would need to be outfitted with carbon capture and storage (CCS) technology to meet the standard, experts said.

“It’s not a killer for gas, necessarily, but it is a killer for 1970s gas, the way we did gas 40 years ago,” Michael Webber, an energy resources professor at the University of Texas, Austin, said of the proposal.

But the ability to use natural gas and still achieve the House standard could face cost and scale-up challenges, and Webber said he expects the language will be the subject of considerable negotiation between the House and the Senate.

Sen. Joe Manchin (D-W.Va.), who has balked at the price tag for the package, said Sunday that it “makes no sense” that the government would pay utilities because they are already moving to greener energy (E&E Daily, Sept. 13).

Sen. Tina Smith (D-Minn.), who has pitched a clean electricity standard that would pass muster in the Senate, where Democrats can’t lose a single vote, said she plans to work with Senate colleagues and Manchin “to ensure the clean electricity plan helps deploy all technologies needed for a clean, affordable and reliable grid — including renewables, fossil fuel with carbon capture and storage, and nuclear.”

During yesterday’s debate in the House Energy and Commerce Committee, some Democrats pushed back against Republican criticism that the proposal would put fossil fuels out of business.

Under the House plan, electricity suppliers that increase their share of “clean electricity” by 4 percent would receive $150 for “each megawatt-hour above 1.5 percent of the previous year’s clean energy generation,” according to a fact sheet from the Energy and Commerce Commitee. Suppliers unable to meet that target would have to pay $40 per megawatt-hour based on their clean energy shortfall.

“We are not banning; we are transitioning to cleaner fuels in a source-neutral way,” said Rep. Diana DeGette (D-Colo.).

But some Republicans outside of Congress said that even if gas could meet the CEPP standard with assisting technologies, other provisions in the House plan would affect the industry, including a proposed methane fee.

“If you look at the sum total, it is clear that gas is not their friend,” said Tom Pyle, who oversaw former President Trump’s transition for the Department of Energy and is now president of the American Energy Alliance, referring to Democrats.

Pyle noted that the push comes as California has said five temporary gas-fueled generators are needed to boost the state’s grid. “This product they [Democrats] need to back up the energy sources that they prefer, they just assume [the industry] will figure out a way to keep making it," he said.

He warned that there could be a break-even point where it won’t make economic sense to continue to develop gas.

“The cumulative impacts of the proposals would result in gas not having the ability to play a big role,” he said.

The path for gas to meet the standard at scale would be no small feat: Worldwide, there is currently only one operating carbon capture project on a power plant — at the Boundary Dam coal-fired plant in Canada.

Still, carbon capture is popular with both Democrats and Republicans in Congress, and Biden has nominated leading carbon capture advocates to top positions at the Energy Department (Energywire, Sept. 3).

The CEPP’s standard could provide a “test” for the oil and gas industry’s stated enthusiasm for carbon capture, said Andrew Logan, senior director of oil and gas at the sustainable finance nonprofit Ceres.

Another issue, Logan said, is how natural gas producers might incentivize utilities to build carbon capture projects at power plants “if utilities can instead choose from other low-carbon technologies that don’t require the large capital investment” needed for carbon capture.

“Even if there is progress on CCS … I do think that this new standard would spur enough investment in clean energy alternatives, that I think we would see the role of natural gas diminishing, regardless,” Logan said. “I think the question becomes, ‘Does natural gas have any role in a post-2030 world or not?’ And if it does, that role will have to come with CCS.”

On a visit to the National Renewable Energy Laboratory yesterday, President Biden called on Congress to pass the climate change provisions, arguing that the United States doesn’t have a lot of time to address the crisis.

“The necessity is there. We don’t have much more than 10 years — for real," Biden said at the NREL Flatirons Campus in Arvada, Colo.

He was joined by Energy Secretary Jennifer Granholm, whose department would operate the CEPP, and said he views climate change as an opportunity to create jobs.

In the interim, the CEPP is creating a lobbying frenzy, underscoring the political challenges facing the president.

Congress should include a tougher carbon intensity standard to make sure that gas plants don’t qualify for payment under the CEPP, said Steve Clemmer, director of energy research for the Union of Concerned Scientists. The bill should also adopt language to ensure that “upstream” emissions of methane, which are released during the drilling and transportation of gas, are counted as part of a power plant’s emissions, he said.

The Union of Concerned Scientists has done research showing that carbon capture would be more effective in other industries, such as steel manufacturing.

“It’s more expensive to deploy in the power sector compared to other alternatives” like wind and solar power, he said.

Representatives from the country’s leading oil and gas trade groups pushed back against the CEPP concept.

“We agree on the need for continued emission reductions in the power sector but as structured, the CEPP fails to recognize the critical role of natural gas in maintaining grid reliability and complementing variable renewable energy generation, not to mention driving further emissions reductions by displacing dirtier fuels,” said Dustin Meyer, vice president of natural gas markets at the American Petroleum Institute, in a statement.

“Instead of a sector-specific approach, API urges Congress to pursue an economy-wide, market-based price on carbon as the most impactful policy path to reduce emissions,” Meyer continued.

“Any serious attempt to reduce emissions from the power sector must recognize natural gas and natural gas infrastructure as key components to a cleaner energy future,” said a spokesperson for the Interstate Natural Gas Association of America.