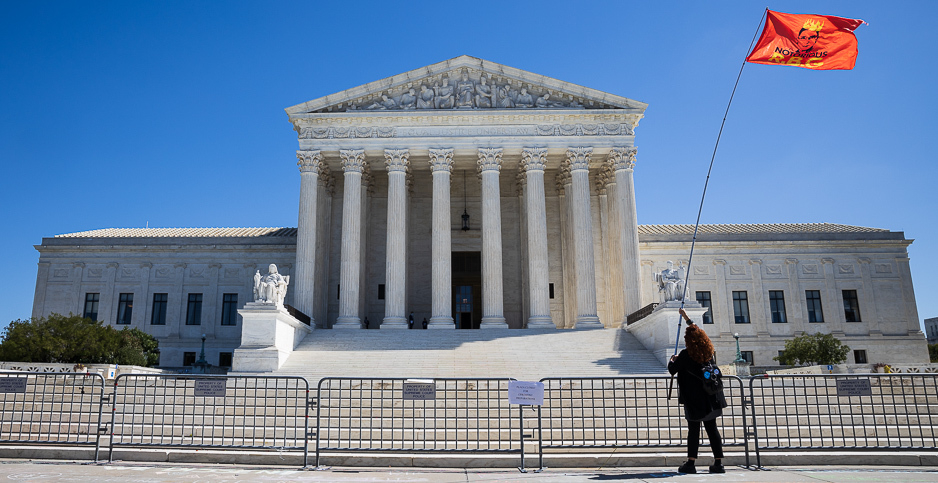 Since Justice Anthony Kennedy retired in 2018, the court’s fulcrum has been Chief Justice John Roberts, who has sometimes sided with his liberal colleagues to provide the critical fifth vote in several close decisions.

Trump has said he’ll nominate Ginsburg’s successor later this week, and Senate Republicans have signaled they have the votes to confirm the president’s pick, potentially before Election Day.

Every new justice reshapes the dynamic of the bench, court watchers said, and Trump’s third appointee will shine a bright light on his two other picks, particularly in environmental cases: Kavanaugh and Justice Neil Gorsuch.

Both Kavanaugh and Gorsuch have taken narrow views of expansive regulatory regimes, such as those employed by the Obama EPA to address climate change. Kavanaugh has also expressed skepticism of broad Clean Water Act authority to regulate the country’s wetlands and waterways.

Even before Ginsburg’s death, the court was shifting away from the 1984 Chevron precedent, which gives federal agencies like EPA leeway to interpret ambiguous statutes.

"Our decision today should not be interpreted as a comment on the wisdom or policy merits of EPA’s … [rule]," he wrote.

Kavanaugh similarly struck down an Obama-era effort to regulate heat-trapping hydrofluorocarbons, or HFCs. In 2017, he criticized EPA’s "novel reading" of the Clean Air Act to set HFC standards, writing that the law "would not seem to grant EPA authority" to set the limits.

Kavanaugh expressed similar skepticism of the Obama EPA’s Clean Power Plan to address climate change while on the D.C. Circuit, though he didn’t write an opinion in that case (Climatewire, Sept. 22).

Kavanaugh pointed to Scalia’s plurality opinion that earned four votes in 2006’s Rapanos v. United States, which set forth a limited view of the Clean Water Act’s reach and has since become the basis of the Trump EPA’s regulations.

"The source of the vagueness is Congress’ statutory text, not the Court’s opinion," he wrote.

The opinion appeared to tip Kavanaugh’s hand should the Trump rule reach the high court. It has been challenged by states, environmental groups and conservative advocates, but those cases remain in the lower courts for now (Greenwire, April 24).

Neither Kavanaugh nor the other justices who could serve as the Supreme Court’s new voice of moderation seem likely to uphold any far-reaching environmental regulations enacted by future administrations, said UCLA law professor Ann Carlson.

"For every Bostock there might be, there’s going to be a Gundy," Herman said.

Farber agreed. If Democratic nominee Joe Biden wins the White House in November, he’ll likely be reluctant to put forth a sprawling regulatory regime like the Clean Power Plan.

Other experts weren’t quick to dismiss Roberts’ sway on the high court. John Cruden, the former head of the Justice Department’s environmental division, said the recent term showed it had become the "Roberts court."