What a Republican Congress would mean for EPA 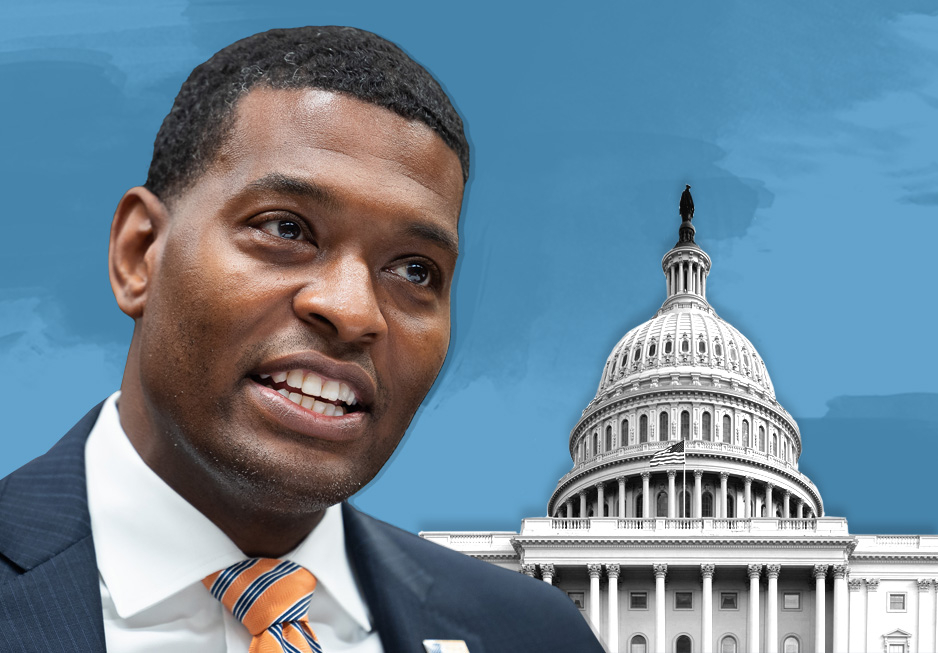 Here’s what awaits EPA if Republicans take control of Congress: Senior political appointees facing multiple, hourslong hearings. Piles of letters demanding documents from every corner of the agency. And perhaps even subpoenas for text messages.

Republicans have pledged tough, vigorous investigations of the agency if they flip the House, the Senate or both. They are eager to use the congressional committees overseeing EPA to do so.

“EPA will be in the spotlight if the GOP takes over the majority in the next Congress,” Joseph Brazauskas, who led the Trump EPA’s congressional and intergovernmental relations office, said in a recent interview. “The agency will be switching into a defensive posture.”

Republicans have already laid out a road map for how they would probe the agency. They have made numerous requests to EPA during the Biden administration, pushing for more information about regulations as well as decisions regarding policy and personnel.

That will kick into high gear come January if Republicans win Capitol Hill, according to people with first-hand knowledge. Likely probes include the agency’s actions on air quality, wetlands, pesticides and electric vehicles.

“It can be challenging to manage just from the sheer volume of it.”

Many Republicans say that they’ll focus their fire on regulations and policies they blame for stalling use of America’s fossil fuels.

“There are many areas in which the EPA should face scrutiny and oversight. The most important to my constituents is the definition of [waters of the United States] and how the agency is using the Clean Air Act to conduct politically motivated attacks on energy production,” Rep. Yvette Herrell (R-N.M.), who is in line to chair the Oversight and Reform Subcommittee on Environment, said in a statement.

There is precedent for such aggressive oversight. Former Rep. John Shimkus (R-Ill.) recalled that over a decade ago, when Republicans took control of the House, his then-GOP colleague, Michigan’s Fred Upton, said then-EPA Administrator Lisa Jackson would need her own parking spot on Capitol Hill.

“There will be a demand for the Republican majority to do stringent oversight,” said Shimkus, who predicted hearings could descend into wild affairs, as backbenchers try to snatch viral fame when pressing a Cabinet-level official.

“Anything goes once you get them in the room,” said Shimkus, who chaired the House Energy and Commerce Subcommittee on Environment and Climate Change, which watches over EPA.

Rep. James Comer of Kentucky, the top Republican on the House Oversight and Reform Committee, has sent letters to the agency about its so-called sue and settle practice, its ban of the pesticide chlorpyrifos and Administrator Michael Regan’s move to fire members of the Science Advisory Board.

Comer said “radical Green New Deal policies” at EPA and across the executive branch were killing energy sector jobs and driving up costs.

“We will use the resources of the Oversight committee to put the interests of the American people first, not radical environmental special interest groups, and will provide our findings to the committees of jurisdiction to inform policy solutions,” Comer said in a statement.

Herrell, who took the top GOP spot on her subcommittee earlier this year, has already signed on to letters sent to Regan about the wetlands protection rule and air quality standards for the Permian Basin, a major oil and gas field that stretches from New Mexico to Texas.

Brazauskas, now a principal at the Policy Resolution Group at Bracewell LLP, rattled off a number of areas at EPA that will attract GOP attention, including WOTUS, mandates for electric vehicles and California’s Clean Air Act waiver, as well as rules dealing with ozone, mercury emissions and particulate matter.

“The decision of West Virginia v. EPA has really opened a window for regulatory scrutiny at the agency,” Brazauskas said, referring to this past summer’s Supreme Court ruling, which curbed EPA’s authority to address climate change and may be used to target other regulations.

Rep. Cathy McMorris Rodgers (R-Wash.), the likely House Energy and Commerce chair if Republicans win the House, said in an interview last month she is interested in exploring how agencies are operating in the wake of the high court’s decision.

“Where agencies are going beyond their authority, it’s very important that we hold them accountable,” she said (E&E Daily, Sept. 14).

Last month, she sent letters to several agencies, including EPA, warning them to take notice of the ruling when crafting regulations.

The agency is also set to receive historic funding over the coming years under the infrastructure law and the Inflation Reduction Act. Billions of dollars will flow into EPA to rebuild crumbling water infrastructure, clean up Superfund sites, provide electric school buses and champion environmental justice. Republican oversight will come with that cash.

“Where the money is, that has been a historic target for the oversight committees,” Brazauskas said.

Sen. Shelley Moore Capito of West Virginia, the top Republican on the Senate Environment and Public Works Committee, said in a statement EPA needs to focus on implementing the infrastructure law, noting its support for drinking water and wastewater infrastructure.

She added that in an oversight role, it will be the “top priority” to rein in the Biden administration’s regulations “and ensure the new funding and authorities granted in their partisan reckless climate spending spree do as little damage to our economy as possible.”

Capito has already sent several letters to the Biden administration, including about its climate goals and power-sector regulations at EPA.

In addition, new programs at EPA, like its national office for environmental justice and civil rights, could be a top target for GOP-led scrutiny. But it’s not just policy EPA has to worry about: Republicans have in the past been tough on the agency’s officials.

During the Obama administration, then-Administrator Gina McCarthy turned over text messages for the House Science, Space and Technology Committee, in response to a subpoena (E&E Daily, April 24, 2015).

Staffing up for oversight

EPA is already preparing for the increased scrutiny from Congress.

The agency recently hired Natalia Sorgente as deputy general counsel for oversight and Zach Pilchen as senior legal counsel. The two attorneys in EPA’s Office of General Counsel will be working on congressional oversight (Greenwire, Oct. 17).

Brazauskas said under a Republican Congress, senior political appointees at EPA will be called to Capitol Hill for hearings. There will be increased requests for documents and briefings.

“Those kinds of things suck up a lot of time,” he said.

“I know from personal experience that preparing an administrator for a congressional hearing involves all of the program offices,” Brazauskas said. “That is a significant amount of human capital.”

Nichole Distefano, the former head of EPA’s congressional and intergovernmental affairs during the Obama administration, said the agency anticipates inquiries from the committees that oversee it.

“It can be challenging to manage just from the sheer volume of it,” said Distefano, now a principal at Mehlman Castagnetti Rosen & Thomas. “You expect the oversight.”

Under a Republican-controlled Congress, EPA is unlikely to see significant increases to its budget.

For fiscal 2023, President Joe Biden sought nearly $11.9 billion for the agency, a steep increase over current funding of around $9.5 billion. Congressional Democrats have also proposed big money in their spending bills but will likely need to settle on a figure closer to current levels when an omnibus package gets hashed out (Greenwire, July 28).

Even with Republicans in charge of Congress, EPA’s budget might remain intact. The Trump administration pushed for steep cuts to the agency, but while Republicans held both the House and the Senate, the agency’s funding stayed relatively stable.

“Bottom line, the reality is the Republicans will huff and puff and cut it in a budget resolution,” Shimkus said, referring to EPA’s budget. “Then in the bicameral process, it will be status quo.”

“Unfortunately, the core investments in these programs have been overshadowed by the agency’s request for extraordinary funding levels to write top-down regulations, hire more lawyers, push an unrealistic climate agenda and carry out a robust enforcement plan,” Joyce said in a statement.

“We have a duty to the taxpayer to not only implement fiscally responsible policies but to also ensure the efficiency, effectiveness and accountability of the EPA,” said the Republican appropriator.

Distefano said EPA will struggle to receive the funding increases Biden has been requesting, especially when it comes to adding staff and implementing climate priorities. Further, the agency has to watch for provisions Republican lawmakers may attach to spending bills to dull EPA’s policies or block its regulations.