What Biden’s $2.8B EV battery boost means for jobs 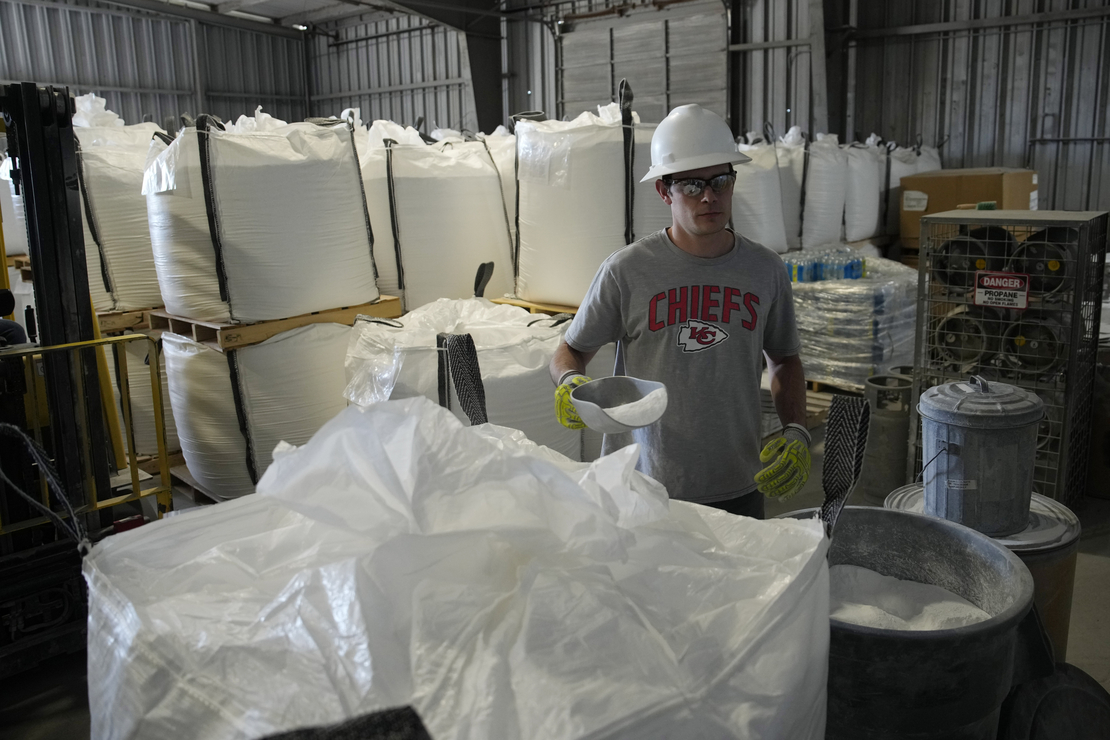 A blockbuster $2.8 billion investment the Biden administration unveiled Wednesday could start to create a real domestic supply chain for electric vehicles and extend the new “battery belt” into fossil fuel-loving states like Louisiana and North Dakota.

But it will produce relatively few of those things that excite politicians most — jobs.

Auto and battery plants — the kind of factories these new projects are meant to feed — are serious job generators. For example, just two new EV auto plants in Georgia, by Hyundai Motor Co. and Rivian Automotive Inc., are expected to create over 15,000 jobs. The 20 companies that are getting funding from the Department of Energy to create battery precursors are more modest in size and earlier in their development. Most expect to employ just a few hundred people.

The new facilities are expected to either directly or indirectly create more than 8,000 jobs, including 5,000 permanent jobs.

The awards represent the first tranche of $7 billion that Congress approved for buttressing battery supply chains in last year’s bipartisan infrastructure law. The 20 awarded companies do the unglamorous work of making the materials and mastering the processes that then go into the batteries that end up in the cars (Greenwire, Oct. 19).

Advocates for electrification were enthusiastic Wednesday about the investments. “Today is another critical step to ensuring that in the U.S., we will not only drive electric, we will also create a robust U.S. supply chain to build electric,” said Ben Prochazka, executive director of the Electrification Coalition, in a statement.

The auto industry’s new fixation with electric vehicles is creating a wave of manufacturing construction across the country. On Wednesday, German automaker BMW joined the trend, saying it will spend $1 billion to retool its South Carolina factory for EVs and another $700 million to build a battery factory nearby.

President Joe Biden’s administration is focused on this supply chain for two reasons. One is that the United States can’t curb carbon emissions that cause climate change without electrifying vehicles. Second, most of this middle-tier work — between mine and battery — is currently done in China, and the administration wants to contain China in a contest to control crucial technologies of the 21st century.

In announcing the awards, DOE said the projects could produce enough battery-grade lithium for 2 million EVs, enough graphite for 1.2 million cars and sufficient nickel for 400,000 vehicles a year.

Every awardee intends to either build a new factory or expand an existing one with the funding. The companies, some homegrown and others multinationals, have pledged over $9 billion — far more than the federal share — to start operations by 2025 or 2026.

“We certainly can move much faster” with this funding, said Kang Sun, the CEO of Amprius Technologies Inc., a maker of power-dense battery packs, in an interview. The company will get $50 million of federal aid. Sun said that Amprius, a California-based company, is looking to build its new plant in Texas or Georgia.

The awards could be, for some firms, just the beginning.

Sun said that producing the company’s first gigawatt of batteries could employ at most 300 people but that the company could eventually employ up to 2,000, depending on the company’s success and to what extent it automates its assembly lines.

The DOE awards are spread widely over the battery supply chain.

Some, such as Albemarle Corp. and Piedmont Lithium, are miners who are expanding into processing the rock into usable minerals. Others, such as Anovion and Novonix Ltd., will create materials for the anode, one crucial end of the battery, while others, like startup 6K Inc. and manufacturing giant Applied Materials, will do the same for the cathode.

Still others, like Entek and Microvast, plan to mass-produce separators, the films that divide the battery’s chemical reactions.

The companies are also spread wide geographically, with the U.S. Southeast in particular coming out on top.

One particular company, Ascend Elements, won more than any other company — about $480 million — to build a new cathode and separators factory in Hopkinsville, Ky.

The investments will extend the battery industry into some states where it has so far had a minimal presence.

To the south, in Louisiana, Koura will manufacture battery chemicals at its existing fluorochemicals plant in St. Gabriel, outside of Baton Rouge. Also, Syrah Technologies will refine graphite, a key material in the anode, in Vidalia, on the border with Mississippi.

At the northern end is a project in North Dakota. Talon Metals, which is trying to build a nickel and copper mine in Minnesota, got $114 million to concentrate nickel, a key battery element, in Mercer County, N.D.

Another huge duo of investments went to two companies that are centering their operations in Washington state, in the blink-and-you-miss-it town of Moses Lake. The startups Group14 and Sila Technologies will each get $100 million to build anode components (Energywire, May 27).

The projects are a critical propellant for the administration’s plan to reduce carbon emissions by making half of all new U.S. passenger-car sales electric by 2030.

That’s because the Inflation Reduction Act, the massive climate-energy bill that Biden signed in August, creates rebates for Americans who drive EVs. But part of those incentives are only available if the supply chains are hosted here or in allied countries.