What Brexit means for the climate 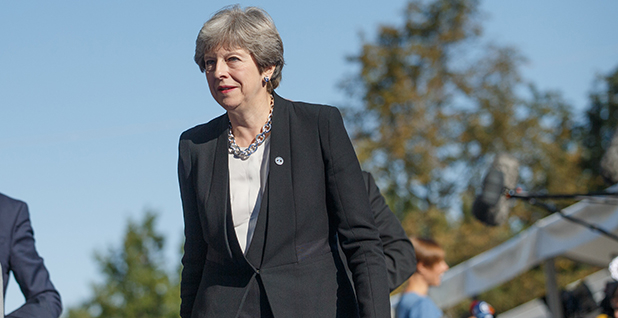 A short series on the environmental impacts of Brexit.

The United Kingdom’s struggle to leave the European Union is disrupting most aspects of public life, including the policies that underpin its goals on climate change.

As Prime Minister Theresa May’s government prepares for Brexit with or without a deal, it is racing to create environmental laws and procedures to replace those it would leave behind. The United Kingdom joined the union of nations in 1973 when the global environmental movement was in its infancy, and its environmental laws grew up around its membership in the compact.

Now, Britain’s future relationship to a Europe-wide emissions trading system for greenhouse gas allowances hangs in the balance. So does its public investment in clean energy finance, a citizen’s right to sue the government to enforce environmental laws and hundreds of other things Britons have long taken for granted.

"Our membership in the E.U. has transformed the U.K. from being the dirty man of Europe, with polluted beaches, polluted air, big landfill problems back in the 1970s and ’80s, to a much cleaner, greener country today," Mary Creagh, a Labour member of Parliament and chairwoman of the House of Commons Environmental Audit Committee, told E&E News.

Yesterday, May offered to resign if Parliament blessed her Brexit deal with Brussels, but that remains a long shot. Test votes to establish a customs union with the European Union and to hold a second referendum that could potentially scuttle Brexit likewise fell flat.

Whatever happens, there could be changes to Britain’s environmental policies.

If the prime minister gets her way, the United Kingdom would stay in the European Union’s Emissions Trading System, or ETS, for greenhouse gases through the end of 2020. The political declaration that accompanied the withdrawal agreement in November suggests that the United Kingdom might construct its own domestic emissions trading system and link it to the E.U. program.

The E.U. system covers major stationary emitters like power plants and industrial installations in the 28 member states and in Norway, Iceland and Liechtenstein. Switzerland’s domestic program is also linked to it.

The British government estimates that the E.U. program covers about 1,000 installations in the United Kingdom and 140 aircraft operators.

The May government favors the creation of a domestic trading program that links to the continentwide ETS. But putting one together promises to be tricky. Environmental policy in the United Kingdom falls under the purview of subnational assemblies in England, Wales, Scotland and Northern Ireland. That was a moot point while the country was in the European Union. It’s now an open debate whether Westminster has the authority to impose a nationwide emissions trading system if Cardiff or Edinburgh would rather set up a Welsh or Scottish program. Northern Ireland’s body in Belfast isn’t functioning right now.

In other words, the United Kingdom could find itself swapping membership in the world’s largest and oldest carbon trading program for participation in three or four tiny regional programs, with or without linkages to one another or across the channel to Europe.

Things get really complicated if there’s a no-deal Brexit. To protect the integrity of the ETS and avoid flooding the market with extra allowances, the European Commission temporarily wrote the United Kingdom out of its 2019 program. And British companies were supposed to surrender allowances to meet their 2018 obligations by Tuesday.

But the uncertainty of the Brexit timeline means some U.K. companies could still be holding onto allowances.

When and if Britain leaves the compact — the current deal with the European Union makes that three or five weeks from now — those credits lose their value. Multinational companies can transfer them to facilities they own elsewhere in Europe, and companies can sell them on the open market. Either way, the rush to sell is expected to cause a dip in the value of carbon allowances.

If the United Kingdom leaves the ETS without a deal, that won’t be the end of Britain’s climate program. In fact the country that grew rich on coal-fired power in the 19th century was the first to enact a climate law in 2008, and it has supplemented its participation in the ETS with extra carbon taxes for power plants. That’s led to a precipitous fall in coal-fired power. In 2014, more than a third of the country’s power still came from coal, and now it accounts for less than 5 percent.

"It’s this change in generation that has allowed the government to say by 2025 no more coal generation will be on the system," said Josh Burke, a policy fellow at the Grantham Research Institute at the London School of Economics and Political Science.

If a no-deal Brexit makes linkage with the E.U. carbon program untenable, the government has floated introducing an additional carbon tax to make up the difference. But Burke said the price signal might be lower, and it might not ramp up as expected.

"The U.K. has a pretty bad record of imposing a tax and then sticking to its required trajectory," he said.

For example, successive governments have deferred annual increases to the United Kingdom’s fuel tax for the last nine years at a cost of nearly £50 billion.

Despite the threat of Brexit, May has cast Britain as an independent leader on international climate issues.

"One of the only areas of clear, proactive foreign policy is on climate change," said Nick Mabey, CEO of E3G, which advocates for sustainable development.

There was unanimous support in the Cabinet for the United Kingdom’s application to host important U.N. climate talks in 2020, and the country has taken a leadership role in U.N. Secretary-General António Guterres’ leader-level climate summit scheduled for September. In 2017, May’s government joined Canada in founding the Powering Past Coal Alliance, a group of countries that pledge to stop using coal by 2025.

A spokesman at the British Embassy in Washington said the United Kingdom had no plans to leave either the Kyoto Protocol or Paris Agreement post-Brexit and will honor all of its commitments.

"Working with our European partners will remain very important, including in international fora, and we will continue our relationship with multilateral groupings such as the [Group of Seven, Group of 20] and the commonwealth to work together to tackle climate change," he said.

But changes are on the horizon there, too. May’s likely departure opens the door for harder-line members of her party to seize the reins of power, and Mabey said right-wing Tories might see a focus on climate change as detrimental to the United Kingdom’s relationship with the United States under Trump or to its own economic well-being.

Next: The effect on air and water pollution.