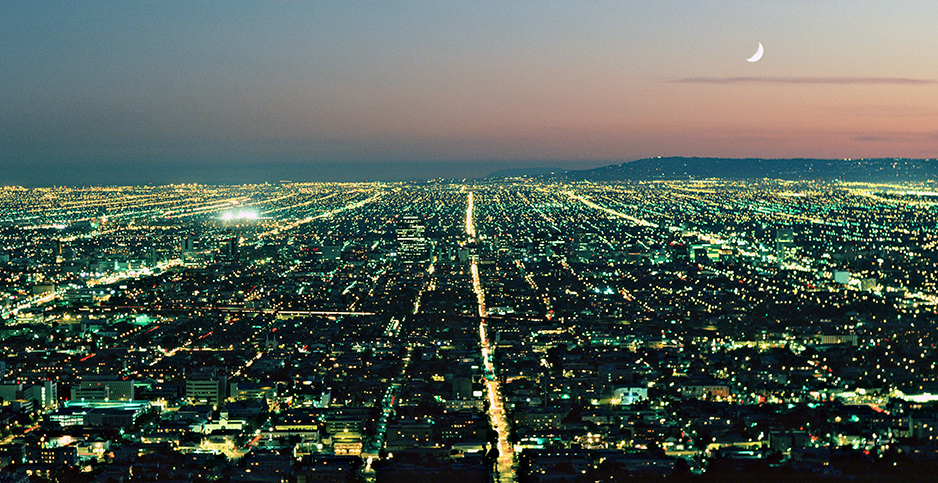 The emergencies have spurred California policymakers and utility executives to adopt new strategies to prevent power outages and limit their impact in the face of climate change and extreme weather. Those tools may be pivotal for other states as they look at how to avoid grid disasters like Texas’ devastating blackouts last month, when more than 4 million homes and businesses lost electricity during a severe winter storm.

"If people could get over their hostility to all things California … and kind of look at what California does, there is a lot of room for learning," said William Boyd, professor at UCLA School of Law and at the Institute of the Environment and Sustainability.

Even before the Texas catastrophe, Western states were scrutinizing their energy planning after a widespread heat wave triggered a surge in California’s electricity demand last August. The state was forced to implement rolling blackouts, and an analysis of the causes said that among other factors, California failed to adequately plan for extreme weather events (Energywire, Jan. 14).

"It drove home yet again … just how important it is to continue to enhance Western grid integration and upgrade the system," said Ralph Cavanagh, energy co-director at the Natural Resources Defense Council. "Everybody’s doubling down on that now."

State analyses take place as federal agencies and U.S. lawmakers probe what contributed to the Texas blackouts. Rep. Ro Khanna (D-Calif.), chairman of the House Oversight and Reform Subcommittee on Environment, has launched an inquiry, saying that another deadly grid disaster "will happen again" unless Texas officials "confront the predicted increase in extreme weather events with adequate preparation and appropriate infrastructure" (Energywire, March 4). The Federal Energy Regulatory Commission has started its own investigation and could order the North American Electric Reliability Corp. to impose nationwide safety upgrades.

California’s most recent experience with rolling blackouts is not on the same scale as the Texas disaster. During the heat wave last August, the Golden State lacked about 500 megawatts of electricity needed to meet demand. Subsequent outages lasted a total of two hours on Aug. 14 and 30 minutes the following day.

But California’s rotating cuts call out the need for reconsidering what’s possible with the U.S. grid, as climate change worsens heat waves and winter storms, said Michael Wara, director of the Climate and Energy Policy Program at Stanford University.

"Events that we have characterized as once-in-a-century events are more likely to occur once a decade, given what we are doing to the climate," Wara said. "You need to be more prepared for those types of circumstances."

California’s education into dealing with blackouts dates back to 2000, following deregulation of the state’s electricity system. Market manipulation by Texas-based Enron Corp. and others caused power prices to spike.

The state’s grid manager ordered outages hitting different regions for generally a few hours at a time, starting during a June 2000 heat wave. Those rolling blackouts continued happening into 2001.

But that crisis also produced a blackout prevention tool. California created its "Flex Your Power" campaign, which urged residents to conserve electricity during peak demand times.

A modified "Flex Alert" still exists today as a notice sent to residents through news outlets, social media and other means.

The system prevented more blackouts from happening last August, an analysis from three state agencies said. The week after the Aug. 14 and 15 power cuts, Californians in three days conserved as much as 4,000 MW compared with forecast electricity demand — about equal to the generating capacity of eight large natural gas-fired power plants.

"In both 2000 and in 2020, the biggest part of the solution — what kept California out of the Texas-scale catastrophe — was first and foremost voluntary response in reducing demand," Cavanagh said.

Texas attempted to use conservation last month but did not have the right systems in place, he said.

California’s utility regulator this month proposed new incentives and rules to ensure grid stability this summer and next year, including use of demand-response programs to cut power consumption (Energywire, March 8). Those include paying businesses and residents for reducing power when asked.

Similarly, new companies such as OhmConnect get businesses and residents to allow remote control of their electricity to reduce demand during peak usage times, Cavanagh said. The businesses then sell it to a utility or an aggregator that buys power for a city or other government authority.

"That does provide some additional insurance in the cases of these extreme events," said Boyd at UCLA. "Clearly, based on the blackouts last summer and the problems that we’ve seen in Texas and elsewhere, we didn’t have enough demand response in those markets."

The Lone Star State’s grid also mostly stands alone, while California is linked to the wider Western grid, which includes all or part of 15 states and two Canadian provinces. Texas regulators still lack answers on what steps may be needed to prevent a similar grid disaster from occurring again (Energywire, March 11).

California’s plan to switch to a clean energy grid also plays a role in its supply and demand issues, and it’s an area other states should consider as they increase use of renewable power, Boyd said.

In 2007, the Golden State started the California Solar Initiative, a $3.3 billion ratepayer-funded plan of subsidies that ran through 2014. It’s credited with helping drive down solar panel costs.

California last year generated more than 15,000 gigawatt-hours of solar "behind the meter," or on home and business rooftops. That’s enough to power about 2.4 million homes, the California Energy Commission said.

It’s shifted California’s peak demand time to the hours just after sunset, when people typically returned home from work before COVID-19 lockdowns. That contributed to the power gap last August, which happened heading into the evening.

Solar power also does not work when electricity goes out, unless the home or business has energy storage. But there’s been a surge in people and businesses installing storage in parts of Northern California, because of blackouts related to wildfire prevention (Energywire, July 13, 2020).

SDG&E started deenergization in 2013, after facing multibillion-dollar liabilities for earlier wildfires. San Francisco-based Pacific Gas & Electric Co. started it in 2019, after seeking bankruptcy protection for about $30 billion in fire liabilities.

Parts of Northern California narrowly avoided Texas-type disasters in 2019, said Wara at Stanford University. That October, PG&E cut electricity to more than 2 million people in shut-offs just a few hours apart aimed at preventing wildfires. For some customers, the outages lasted more than three days. The region was widely unprepared.

Water and sewage plants need electricity to function, and some critical facilities in the region lost power, Wara said. In Mill Valley north of San Francisco, where he lives, the water district put backup generators on trucks and drove them around the area to pump water into tanks.

"All that stuff relies on a pump. It’s driven by electricity," Wara said. "When that fails, you need to have enough backup generation capacity to keep the system limping along."

If the blackout had gone on for longer, it might have triggered serious problems, he added.

PG&E said blackouts from its intentional power shut-offs are not equivalent to what happened in Texas and shouldn’t be compared.

But Wara said PG&E has learned important lessons that other utilities should look at to help prevent crises.

Over the past two fire seasons, PG&E has reached out to the crucial services that get its power. Last fall, it made sure no hospitals lost electricity without having backups in place (Energywire, Aug. 10, 2020). It installed devices that allowed it to redirect power, so that it could shut off fewer people. And it put systems in place to get power restored faster.

Utilities in other states need to meet with other critical infrastructure operators in their area to find out how they’d cope with a lengthy power shut-off. The utilities and services then can plan for a potential disaster, Wara said.

"That’s a skill set that utilities are not used to practicing because historically the grid has been so reliable," Wara said. "What was really evident in the Texas blackouts was the lack of that coordination. It’s something the utilities around the world can learn from California."