What China’s coal phaseout means for the world 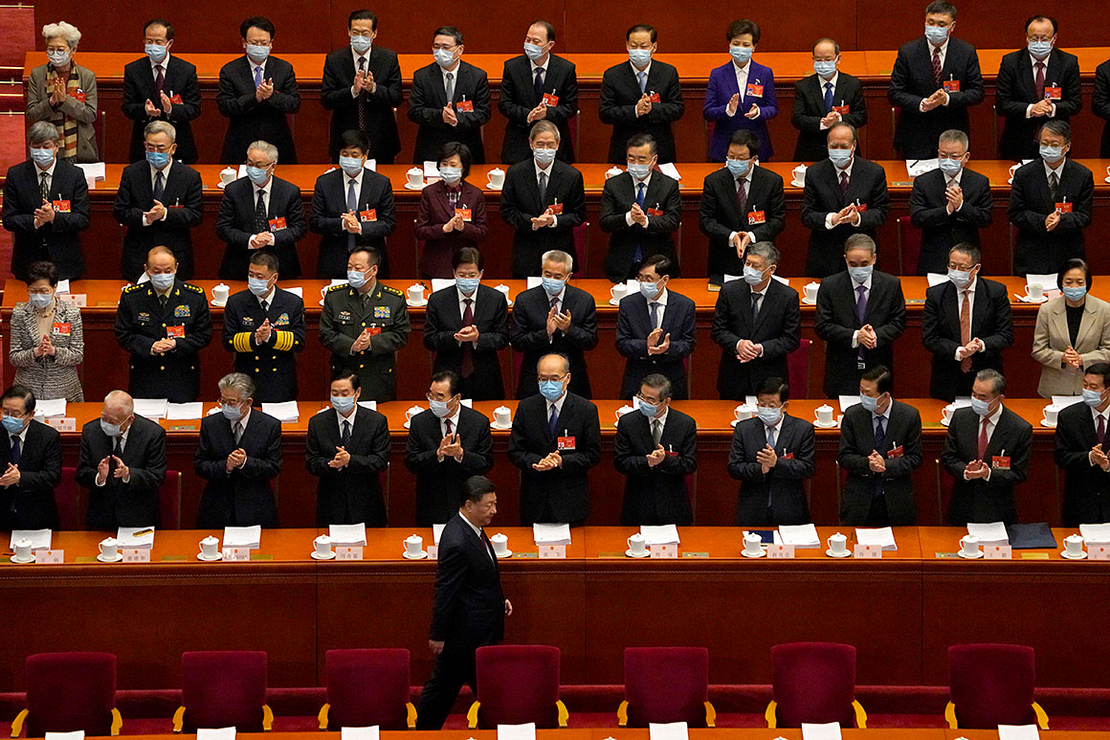 It took just one man — Chinese President Xi Jinping — to sound the death knell for the public funding of coal.

But the countries that have most depended on China to keep consuming the world’s dirtiest fossil fuel were preparing for its funeral even before Xi announced last week that China no longer would build new coal-fired power plants overseas.

Take Bangladesh. Earlier this year China announced it would phase out coal investments after Dhaka said it wanted to repurpose billions of dollars in loans that included coal projects.

At the time, analysts said they weren’t certain whether the move reflected specific conditions in Bangladesh or a broader shift in policy from Beijing.

“China will step up support for other developing countries in developing green and low-carbon energy, and will not build new coal-fired power projects abroad,” Xi said in an address to the U.N. General Assembly.

China is by far the world’s top funder of coal-fired energy, and its support for the leading climate polluter has undermined efforts to tackle global warming. The approach has allowed countries that have long-relied on coal or have large reserves of it to build out more fossil fuel energy than they need.

What happens next hinges on how and when China carries out its pledge to halt its support of coal power abroad.

“I hope the conversation doesn’t stop here,” said Li Shuo, a policy officer with Greenpeace East Asia. “People should avoid the illusion now that China turns off the tap on coal that energy security problems in places like Southeast Asia will go away. The demand for energy is real.”

China has continued to exploit that need, offering loans even after major financiers Japan and South Korea said they would stop.

Between 2014 and 2020, about $160 billion of Chinese-backed coal-fired power plants were planned or announced outside the country, according to the Green Belt and Road Initiative Center, which conducts research around China’s expansive infrastructure building push.

An analysis by the climate think tank E3G found that China commissioned 76 percent of the world’s coal in 2020, up from 64 percent in 2019.

But a decline in demand has dampened Chinese enthusiasm, as countries recognize the costs of continuing to invest in dirty energy. In some cases, the loans have gone to countries that don’t need them, and that’s led to the canceling of proposed plants.

Of the 52 Chinese-backed coal-fired power projects announced since 2014, 25 were suspended and eight were canceled, according to the Green BRI Center. In the first half of 2021, China did not announce any financing for new coal-fired power plants outside the country, it found.

As of July, 37 countries were still considering new coal-fired power stations, a 43 percent drop from 2015, the E3G analysis found. Outside of China and India — which does not seek Chinese financing — Vietnam, Indonesia, Bangladesh and Pakistan account for the bulk of the preconstruction coal pipeline, and all have announced some form of restriction on new coal projects.

U.S. climate envoy John Kerry and his British counterpart Alok Sharma were in China recently to urge more action from Beijing ahead of upcoming climate talks. Getting China to commit to a coal phaseout was high on their list of requests.

One question is how China treats its current coal power plant investments.

China’s announcement could affect around 50 gigawatts of new Chinese-backed coal projects not yet under construction, according to Lauri Myllyvirta, a lead analyst who covers China energy trends at the Center for Research on Energy and Clean Air.

In Indonesia, for example, research by the Institute for Energy Economics & Financial Analysis (IEEFA) shows that more than 15 GW of full or partial Chinese financing has gone to plants that have been commissioned or are under construction and could come online if the policy only applies to new projects.

Indonesia also has been planning to build coal plants to power smelters needed to fulfill a regulation that requires mining operations to process minerals before export. And there will be a social cost for coal miners in a country that still relies heavily on coal exports, analysts said. How China’s move will impact those transitions could affect the message Indonesian officials have been sending.

"Over the last three months, the Indonesian government and PLN [the state-owned power utility] have been pretty much telling the same story: There will be no more new coal power plants except those that have already signed contracts," said Elrika Hamdi, an Indonesian energy finance analyst for IEEFA.

For countries that have relied heavily on international financing, that means rethinking their energy plans, said Myllyvirta.

Climate groups have raised fears that China’s decision could give a boost to gas, with Bangladesh and Vietnam already increasing its role in their plans.

Alternatively, it could accelerate the energy transitions in countries that have relied on China if past financing for coal were redirected toward greener, low-carbon projects, as Xi said in his announcement.

“If you have Chinese and U.S. delegates coming to these countries saying, ‘Look, we have money for energy development, but we don’t do fossil fuels anymore,’ that should help with realigning their energy plans,” Myllyvirta said.

The challenge will be shifting those investments.

“It is clear that on the demand side from BRI countries, there have been requests to shift investments from fossil fuels to green energy,” said Christoph Nedopil Wang, director of the Green BRI Center. “However, as investors have to evaluate each project based on legal, social, environmental, economic criteria, it is often not that simple to simply shift money from one project to the other.”

It’s also been harder for many private renewable energy firms to tap the public or state-owned commercial financing that China has provided to coal projects, Myllyvirta said.

The winds are starting to shift.

In 2020, renewable energy investments made up the majority of Chinese overseas energy financing, an investment report from the Green BRI Center showed.

Devil in the details

Now that Xi has made his announcement, the plan will need to be put into action in the relevant Chinese agencies, financial institutions and enterprises that approve, design, finance and implement the construction of coal-fired power plants, said Alvin Lin, climate and energy director of the China program at the National Resources Defense Council.

He expects there will be a review of China’s current investments — both those under construction and those that have not yet begun building — that could lead to a discussion with host country governments and partners on how to replace those coal plants with low-carbon alternatives.

In practice, that could mean money shifts to solar and wind projects or supportive green infrastructure, such as transmission and storage.

China has been heavily involved in building out solar and wind projects, including in places where it’s also continued to invest in coal, said Lin.

One example is Egypt, where the massive 6.6 GW Hamrawein coal plant was formally canceled in April 2020 amid concerns that its construction would far exceed new energy needs.

Last month the government signed a nearly $300 million deal with China Gezhouba Group to install 500 megawatts of solar power across the country.

“Generally, these have not been directly connected to the cancellation of a specific coal project but instead are responding to a specific call for renewables project bids from the country governments,” Lin said.

Nevertheless, he believes that when Xi says "no new international coal plants," he means it.

“That kind of top-level direction is key in China,” he said. “As long as there is a strong will, we can be optimistic that the details will follow.”

Xi’s pledge also could have an impact on private investment.

According to Boston University’s Global Development Policy Center, China has provided roughly 17 percent of all overseas coal financing over the past five years and 11 percent of the planned coal plants in the pipeline.

The rest has come largely from the private sector. But much of that private financing has been leveraged through significant public funding and guarantees, said analysts.

Remove Japan, Korea and China and that’s virtually the death of coal, said Tim Buckley, director of energy finance studies for Australia and South Asia at the Institute for Energy Economics and Financial Analysis.

“Because without those public capital guarantees and the political imprimatur they provide, I don’t think you’ll crowd in any private capital,” he added.

Some private companies already have pledged to end their overseas coal projects in response to Xi’s announcement, said Byford Tsang, a China adviser at E3G.

Which could make the announcement an even bigger game changer — as it could resonate at home in China too, where coal power has continued to expand.

“Although this new pledge did not mention national coal fleet, we expect the harsher tone to send strong message domestically and contribute to limit coal expansion,” Yan Qin, a lead carbon analyst at Refinitiv, wrote in an analysis.