What exactly is the ‘Green New Deal’? 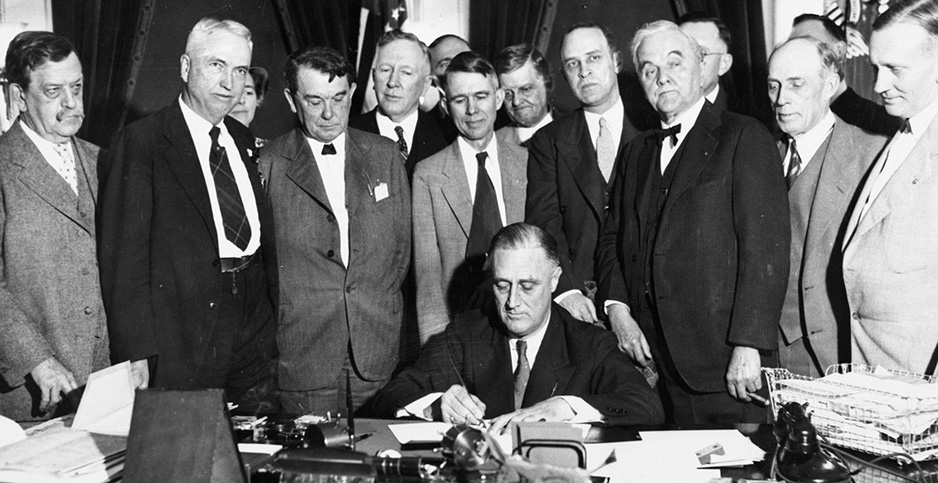 President Franklin Roosevelt signs the TVA Act into law in 1933 as part of the New Deal. Tennessee Valley Authority

The proposal, drawing inspiration from President Franklin Roosevelt’s Depression-era New Deal, is one that progressives — led by Rep.-elect Alexandria Ocasio-Cortez (D-N.Y.), a rising star on the left — want Democratic leaders to embrace.

The scope of the plan, laid out on Cortez’s campaign website, is cast as a work in progress. House leaders would be able to review the results of investigations and studies, along with detailed findings and interim recommendations. And there’s time for collaboration.

Pushing the proposal is the youth-driven Sunrise Movement, a growing grassroots movement that’s taken over the office of House Minority Leader Nancy Pelosi of California this week and Democratic Rep. Frank Pallone of New Jersey today.

Here’s a look at what the plan calls for — so far — within a decade of being enacted:

Some researchers have suggested that moving to all renewables isn’t the best way to address climbing temperatures (Climatewire, June 20, 2017).

That push could directly confront the Trump administration’s decision to leave energy efficiency on the back burner.

Multiple efficiency standards do not have set timelines for release, despite deadlines by Congress, and regulations for portable air conditioners, commercial packaged boilers and uninterruptible power supplies remain among the administration’s long-term goals (Greenwire, Oct. 17).

The plan would also call for "funding massive investment" in the drawdown and capture of greenhouse gases, but the proposal hasn’t outlined the specifics of how to do that.