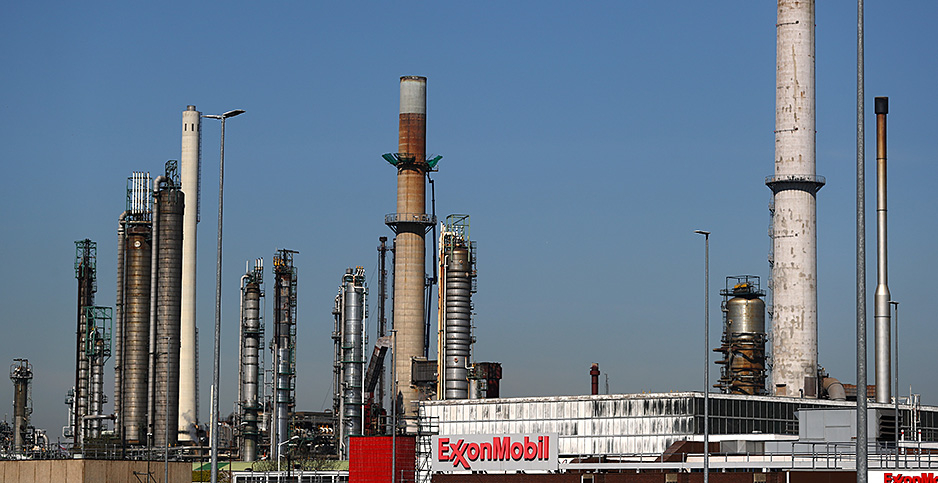 The votes came the same day a Dutch court ordered Royal Dutch Shell PLC to reduce its emissions, and weeks after shareholders at ConocoPhillips voted to extend the company’s emissions-cutting plans. At Exxon Mobil, the replacement of two board members due to activist pressure was unprecedented in the company’s history.

The decisions, particularly at the American companies, arrive after decades of pressure from environmentalists and climate hawks who say the companies haven’t done enough to cut their climate-related pollution or adapt to a world with limits on greenhouse gases.

"This is one of those days that will be seen in retrospect as a day when everything changed," Andrew Logan, senior director for oil and gas at the nonprofit group Ceres, said on a conference call with reporters.

By organizing groups of investors, including pension funds and investment managers like BlackRock Inc., the campaigners were able to force the companies to change their strategies despite pushback from management.

But it took years, and in some cases decades, of work to get to this point, and it could take years before today’s announcements result in concrete changes at the companies. At Exxon, for instance, the new board members will have to convince the rest of the board to change the company’s strategy.

If that happens, they then would have to monitor the management team as it carries out the plan. At Exxon, though, the chief executive officer is also the board chairman, and the company’s managers also can influence the board by controlling the flow of information.

Similarly, it was not immediately clear how Chevron would fully achieve its new emission targets.

Chevron’s shareholders, by a margin of 61%, approved a resolution that calls on the company to cut its Scope 3 emissions. The company has previously only promised to reduce emissions from its own operations.

"The broader message from major shareholders is clear, that Big Oil needs to clean up its act if they’re going to continue to attract any investment," David Turnbull, strategic communications director at the nonprofit Oil Change International, said in an interview.

A proxy statement issued ahead of yesterday’s meeting made clear that Exxon did not approve of the board nominees backed by climate activists.

The company also spent a reported $35 million opposing the campaign and took a series of steps intended to blunt its momentum, including announcing a new low-emissions technology investment group in February (Energywire, Feb. 2).

Exxon CEO Darren Woods was conciliatory after the vote.

"We’ve heard from our shareholders today about their desire to catalyze further change at Exxon Mobil, and we are well-positioned to respond," Woods said.

Oil companies have been a target of environmentally conscious investors for years because of their climate footprint and because of their role in promoting climate change denial. Exxon, in particular, publicly questioned the science around climate change in the 1980s and 1990s and funded a network of think tanks and political groups that did the same.

Ben Ratner, a senior director at the Environmental Defense Fund, said the board shake-up at Exxon is "a clear rebuke of business as usual at a company that needs big strategic change to deliver for shareholders and the climate."

"We’re experiencing a watershed moment in the energy transition, where what was once unthinkable is now inevitable," Ratner said in an email. "Financiers are leading the charge to green as the old divide between business and the environment lands in history’s dustbin."

The Exxon campaign was quarterbacked by Engine No. 1, a startup investment fund based in San Francisco. The fund’s managers asked Exxon to fill four of its 12 board seats with new members who have expertise in climate change and renewable energy.

When Exxon declined, Engine No. 1 started a proxy campaign, appealing directly to shareholders. California’s pension funds were early supporters of the idea, and Engine No. 1 also focused on big institutional investors who own large blocs of Exxon stock.

BlackRock, which manages $8.7 trillion in assets, has itself been under pressure from investors who want it to quit supporting fossil fuel growth. Other big money managers, including Vanguard Group Inc. and State Street Corp., faced similar campaigns. The three firms own 20% of Exxon’s shares (Climatewire, May 26).

BlackRock voted to support three of Engine No. 1’s board nominees, according to Reuters and The Wall Street Journal.

The two new directors are Gregory Goff, the former CEO of the refining company Andreavor, and Kaisa Hietala, executive vice president in charge of renewables at the refining firm Neste. The votes were too close to call on Engine No. 1’s other board nominees, Exxon said yesterday.

Separately, Exxon came in last in a ranked comparison of 10 oil and gas companies’ emissions targets, according to a report released yesterday from Carbon Tracker, a financial think tank.

Starting this year, Exxon said it would also report its Scope 3 emissions — or those associated with the oil and gas it sells — but went on to qualify that "reporting of these indirect emissions does not ultimately incentivize reductions by the actual emitters" (Energywire, Dec. 15, 2020).

The leading companies on Carbon Tracker’s list are all European — with Eni SpA, Total SE and BP PLC making up the top three — and each has targets "that include end use emissions on an absolute basis," the report said.