What happens to used solar panels? DOE wants to know 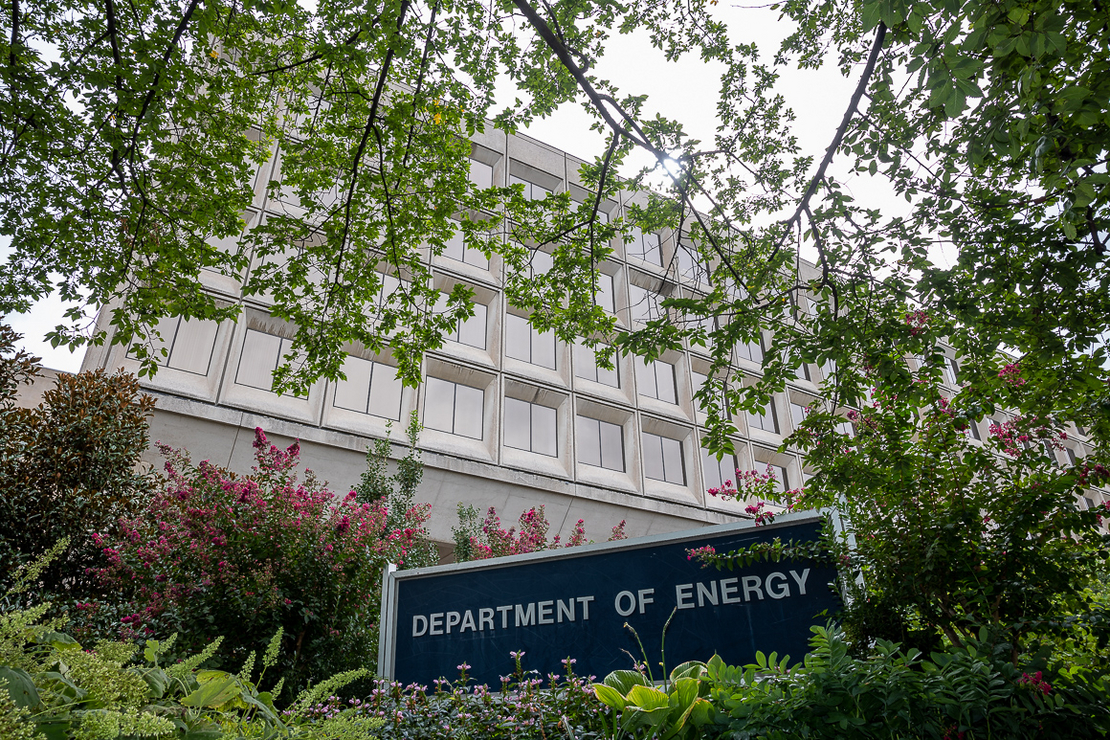 The Department of Energy released an action plan last week intended to help the United States launch a comprehensive system for handling and recycling solar panels, which some studies have suggested could make up a tenth of all electronic waste in coming decades.

The Solar Energy Technologies Office (SETO) announced a new target to bring the cost of recycling solar panels to about $3 per panel by 2030, a threshold that would make the practice economic for the first time.

That follows an earlier DOE goal to try to halve the price of solar power by decade’s end. By 2035, solar could contribute 37 to 42 percent of the grid’s power, in line with the Biden administration’s goal of a carbon-free grid by that year, according to the office, which is part of DOE’s Office of Energy Efficiency and Renewable Energy (EERE) (Energywire, Sept. 9, 2021).

The new recycling target would mean a cost reduction of “more than half,” DOE’s solar researchers estimated. It also would make recycling roughly as economic as sending old panels to landfills, a process that costs roughly $1 to $5 per panel before transportation costs are factored in, according to previous research from the National Renewable Energy Laboratory (NREL).

“As we accelerate deployment of photovoltaic systems, we must also recognize the pressing need to address end-of-life for the materials in a sustainable way,” said Kelly Speakes-Backman, EERE’s principal deputy assistant secretary, in a statement. “We are committed to ensuring that the recovery, reuse, recycling, and disposal of these systems and their components are accessible, low-cost and have minimal environmental impact.”

To reach the target, the solar office is aiming to fill a knowledge gap about what happens to solar panels after they reach the end of their useful lives.

“Little is known about the actual state and handling of [photovoltaic end-of-life panels],” including the amount of panel waste being generated, how owners go about decommissioning their panels, who handles the waste and how transportation works, DOE’s plan said.

At least one thing is clear, though, for the solar industry: Figuring out how to recycle old panels — or reuse parts like the precious metals often contained in them — is a looming challenge.

By the end of this decade, about 8 million tons of solar modules could arrive in landfills globally, according to an NREL study published in 2020. By 2050, panels could make up 10 percent of all electronic waste, according to the lab. That level of waste could undermine solar’s “green” credibility and squander an opportunity to repurpose metals that could be reused in as many as 2 billion new panels, the study found (Energywire, July 20, 2020).

The challenge of dealing with solar’s waste trail has already created friction among energy groups.

That designation would allow panels to pile up at a given location in bulk and make it economic for recyclers to retrieve them. Yet the universal waste designation applies to consumer products that are considered too hazardous to accumulate safely at landfills — a characterization that the Solar Energy Industries Association said was misleading, given that only a small number of old panels would likely flunk EPA’s toxicity tests. The petition is still pending before EPA (Energywire, Feb. 16).

DOE said in the recycling action plan that it intends to embark on a series of interviews with solar users, waste management firms and recyclers on how to collect, transport and handle solar components. Researchers will also try to learn from the car and construction industries’ experiences with recycling, it said.

By 2024, the solar office aims to establish a comprehensive database containing information about specific materials, quantities, age, locations and causes of end-of-life panels, it said. It also plans to research ways to make solar panels’ design more suitable for recycling and reuse.