What if CO2 emissions stopped today? A study offers answers 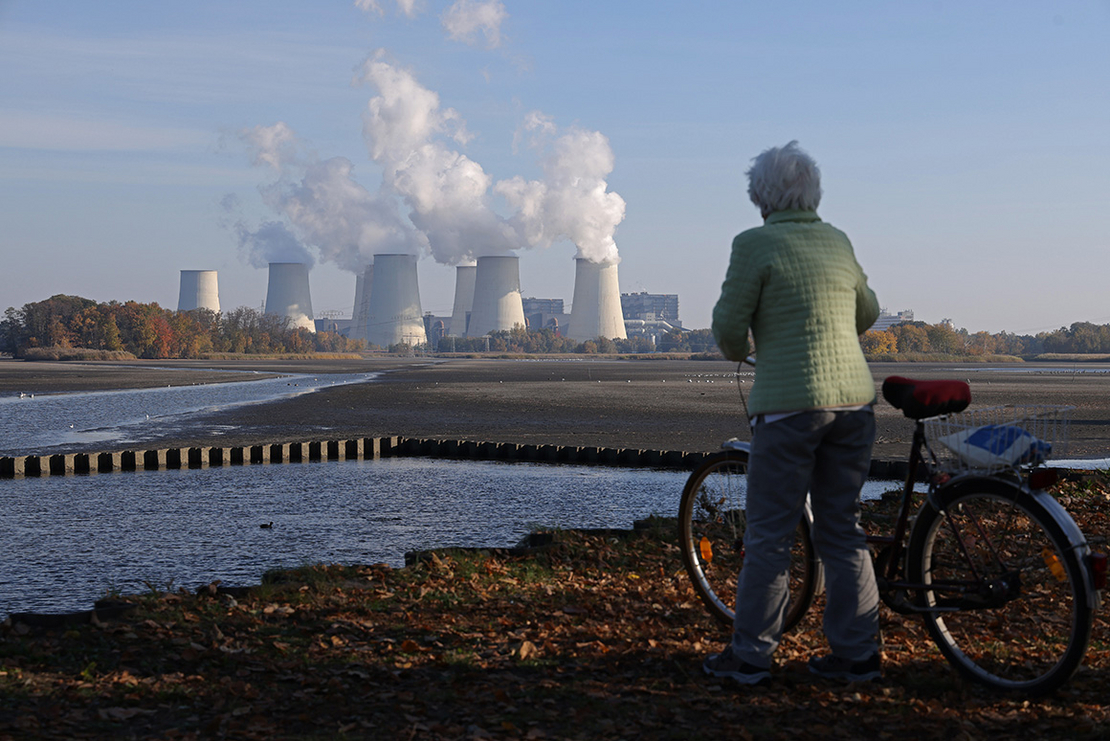 A woman looks at Germany's Jänschwalde lignite coal-fired power plant, which is among the biggest emitters of CO2 in Europe. Sean Gallup/Getty Images

Over the years, scientists have raised a key question about future climate change: When, exactly, does the warming stop?

Do temperatures stop rising as soon as people cease emitting greenhouse gases? Or is some level of future warming already guaranteed, or “locked in,” by our past emissions?

Recent studies generally suggest good news on that front. The vast majority of future warming depends on future emissions. There shouldn’t be much future warming locked in from the past.

Now, a new study suggests that’s mostly true — but with some caveats. It’s important to look at all kinds of human emissions in the atmosphere, the research suggests, not just the main greenhouse gases like carbon dioxide.

When accounting for all of them, there may be a brief give-and-take before global temperatures finally stabilize. Global temperatures could continue to rise for a few years, or a few decades, after all emissions stop, and then they may fall back down again as the climate system stabilizes.

That means past a certain point, the world may not be able to avoid temporarily overshooting the Paris Agreement’s temperature targets.

In fact, the study suggests that even if all emissions halted today, the planet would still have around a 42 percent chance of overshooting the target of 1.5 degrees Celsius, even if temperatures later dropped back below it.

Still, the study emphasizes, it remains true that the vast majority of future warming depends on future emissions. And the faster those emissions spiral down to zero, the less warming there will be.

The study, released yesterday in the journal Nature Climate Change, used a specialized model to investigate how the Earth’s climate system would respond if emissions were to suddenly stop.

The study looked at a range of possible future climate scenarios assuming different levels of emissions, some higher, some lower. For each possible scenario, the researchers examined a series of hypothetical stop dates — the point at which emissions suddenly vanish — between now and 2080.

The study makes a point of accounting for a wide variety of different human-caused emissions, not just the heavy hitters like carbon dioxide and methane.

That’s important, the authors say, because some kinds of emissions actually have a cooling effect on the planet — and as a result, they’re masking a small portion of the warming that’s being caused by greenhouse gases. That means when these emissions vanish, this masking effect will also stop, and temperatures may temporarily rise beyond what might be expected when considering greenhouse gases alone.

Certain types of air pollution associated with the burning of fossil fuels are a prime example. Some of these particles are highly reflective and help beam sunlight away from the Earth, slightly cooling the climate. If the planet stops burning fossil fuels, some of these pollutants will also disappear, taking their small masking effect with them.

In the short term, the researchers suggest, this means that global temperatures may actually rise slightly for a few years after all emissions halt. If emissions suddenly stopped today, for instance, the study suggests that the planet may continue to warm by a few tenths of a degree for several years.

Later, some of this effect is likely to reverse itself. Temperatures may begin to fall again as certain types of potent but short-lived greenhouse gases — like methane — begin to disappear from the atmosphere over time.

That’s where the concept of overshoot comes in.

The study finds that there’s a 42 percent chance of overshooting the 1.5 C target even if emissions stopped today. At the same time, there are much lower odds of the Earth’s final temperature stabilizing above 1.5 C — probably around 5 percent or so.

And the 2 C target still remains firmly in reach at this point. The study estimates only about a 2 percent chance of overshoot if emissions halted immediately, and zero odds that the Earth’s stable temperature would exceed 2 C in the long run.

Far more important to the fate of the planet, the study says, is what happens in the next few years.

The risk of overshoot rises substantially the longer humans continue emitting greenhouse gases. The study estimates that the risk of exceeding the 1.5 C target rises to 66 percent by 2029, assuming moderate emissions over the next few years.

And the risk of permanently overshooting the temperature targets also rises dramatically the longer emissions are released.

The research has a few important caveats. On one hand, it assumes that human-caused emissions suddenly stop all at once. That’s not how it would work in the real world, and changes in the Earth’s temperatures may be different in real life.

On the other hand, the study doesn’t account for certain kinds of potential climate feedbacks that could speed up future warming — things like thawing permafrost and rapid ice loss. That means that some of its estimates of future warming could be on the conservative side.

The study’s general warning, however, is clear. And it echoes the warnings issued in the newest reports from the U.N. Intergovernmental Panel on Climate Change. Meeting the Paris targets is only possible with immediate and dramatic reductions in global greenhouse gas emissions. And even then, the 1.5 C target is rapidly closing in.

The latest IPCC reports also warn the world not to underestimate the dangers of overshooting global temperature goals. Even if they later stabilize below 1.5 or 2 C, some climate impacts can’t be so easily reversed. Certain types of damage to glaciers and ice sheets, global sea-level rise, and the extinction of plant and animal species, for instance, are essentially permanent on human time scales.

At the same time, multiple recent studies have warned that current global climate policies are still not enough to put the world on track to meet the Paris climate goals.

“Our findings make it all the more pressing that we need to rapidly reduce emissions,” Michelle Dvorak, lead study author and a Ph.D. student at the University of Washington, said in a statement.