What inspires those pesky alias emails 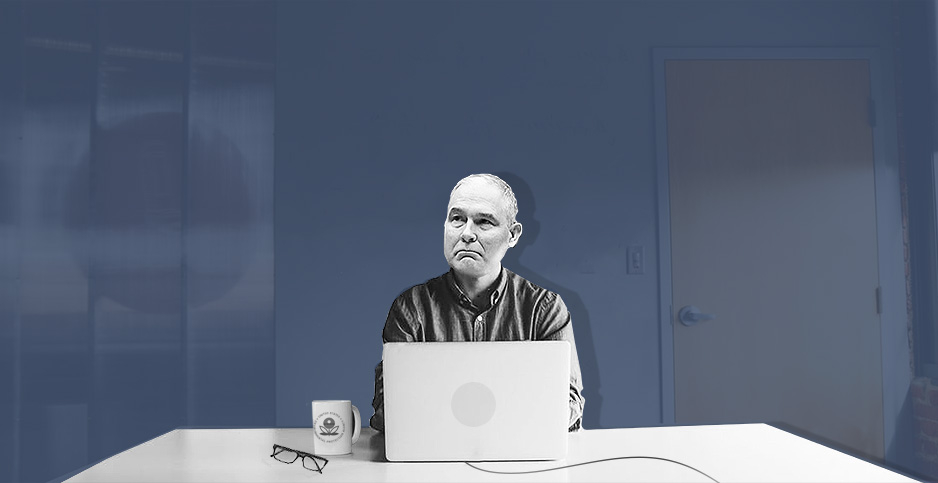 Grandchildren, hometowns, even tofu — all have served as fodder for senior EPA officials’ alias email addresses that stretch to past administrations.

Ethics allegations of excessive spending requests and misuse of his Cabinet-level position have swamped Administrator Scott Pruitt in recent weeks, but a familiar problem for past EPA chiefs has cropped up for Pruitt, as well: emails. His use of several email accounts has sparked questions from Democrats and Republicans on Capitol Hill, but the use of secondary addresses has been common practice for top agency officials past and present.

Marcus Peacock, who served as deputy administrator at EPA during the George W. Bush administration, had a backup email address at the agency, [email protected]

Tofu? He told E&E News he wanted to keep with EPA tradition and finds the bean curd product to be tasty.

"For consistency, I decided to keep the ‘to’ designation at the beginning," said Peacock, who is now executive vice president of the Business Roundtable. "However, I wasn’t sure what to put as a name after my ‘to’ and just decided to end it with ‘fu’ — figured it would be easier to remember that way. Plus, it is not bad on a salad."

Peacock noted Stephen Johnson, the EPA administrator he served under, also had a secondary account, [email protected], which he assumed was a family name.

In a 2013 interview with E&E News, Johnson declined to confirm that address or say why it was selected. Yet included in Johnson’s EPA biography online are the names of Johnson’s five grandchildren — including one named Carter (Greenwire, March 1, 2013).

The Washington Post reported last week that Pruitt had been assigned four email addresses, including one playing off the Oklahoma Sooners, a college football team from Pruitt’s home state. EPA officials have said that all of Pruitt’s accounts have been searched in response to Freedom of Information Act requests, and one of them is no longer even being used.

The most famous one, however, was "Richard Windsor," used by President Obama’s first EPA chief, Lisa Jackson, merging a family pet’s name and where she once lived, East Windsor, N.J.

Christopher Horner, a senior fellow at the Competitive Enterprise Institute and a member of President Trump’s EPA transition team, helped uncover Jackson’s alias address through FOIA requests. He told E&E News that Pruitt’s multiple email accounts could only be troublesome if they’re not being searched in response to requests.

"It’s not the number of accounts but how you use them," Horner said. "I see no mention of an account used to create federal records in a fictitious name without the required tag identifying the actual party, which accurately describes ‘Richard Windsor.’"

Horner added, "We found no indication the Richard Windsor account was being searched for FOIA requests before we sued. I suspect there was no Post-it note in the FOIA office saying ‘Richard Windsor = Lisa Jackson.’"

EPA has pushed back on concerns related to Pruitt’s email accounts. In an email sent to reporters yesterday, EPA spokesman Jahan Wilcox included the subject line "Standard Practice Since The Clinton Administration" and linked to a 2012 article from Politico saying President Clinton’s EPA administrator, Carol Browner, even had two email accounts.

Secondary accounts are allowed under federal records guidance. A 2013 bulletin from the National Archives and Records Administration said they must be kept up to federal record-keeping standards, linked to their individuals and should have the full name or a "readily identifiable nickname" of that person.

Still, lawmakers have had questions about Pruitt’s email accounts.

Senate Environment and Public Works Chairman John Barrasso (R-Wyo.) sent a letter to the administrator asking about the secondary addresses. And last week, Sens. Tom Carper (D-Del.), the EPW panel’s ranking member, and Jeff Merkley (D-Ore.) asked the EPA inspector general to investigate if all of Pruitt’s accounts were being searched in response to FOIA requests.

EPA IG spokesman Jeff Lagda told E&E News that Carper and Merkley’s letter on Pruitt’s email accounts is still under review by the watchdog office and declined to comment further.

Pruitt’s alias emails might not be getting much use after all.

Peacock remembered that while interest groups were known to flood senior EPA officials’ inboxes, leading to the creation of the secondary accounts, that wasn’t the case for him while at the agency.

"While the comment section of my EPA blog was ‘attacked’ a couple of times, I don’t recall my email ever being flooded, so I don’t think I ever had to resort to using Tofu," Peacock said.