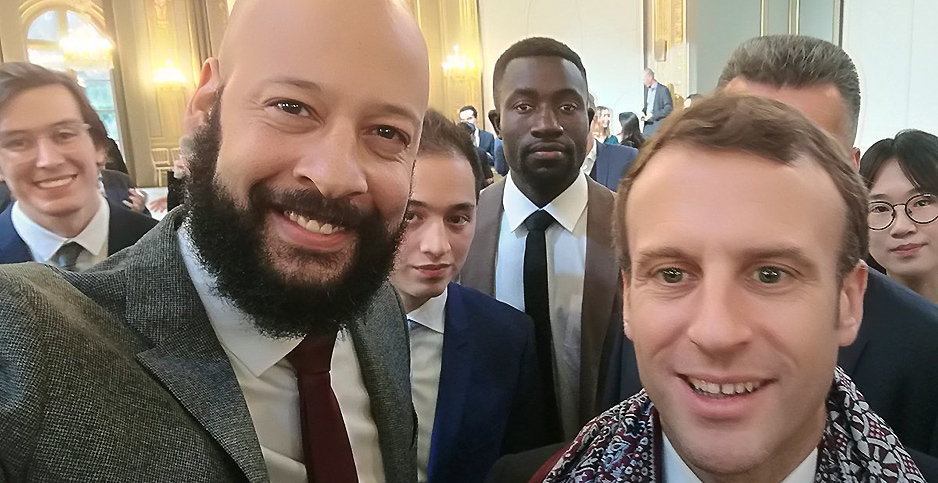 Schulz, a photovoltaics scientist, was wrapping up a postdoctoral research position at the National Renewable Energy Laboratory in Colorado. He was on the hunt for his next job and trying to decide where he should go.

"As a researcher, usually you bring some degree of international mobility with you," said Schulz, a German citizen who completed his Ph.D. in Germany before moving to the United States. "So I considered it an option to remain in the United States, or also look into options coming back to Europe."

When Trump was elected, "this for me raised quite some concerns about the priorities of this administration, which would directly impact the research that I would be able to conduct," Schulz told E&E News.

So he left the country and moved to France.

Schulz is one of more than a dozen researchers who left the United States to participate in a French initiative known as "Make Our Planet Great Again." The program provided grants for researchers from around the world to conduct climate-related research at French institutions, typically for periods lasting between three and five years.

French President Emmanuel Macron announced the program in 2017, shortly after Trump declared his intention to withdraw from the Paris climate agreement. Macron invited American researchers and entrepreneurs to "find in France a second homeland."

"I call on them, come and work here with us, to work together on concrete solutions for our climate," he said in a public address.

Exiting the Paris Agreement was just one of many ways Trump stifled climate action in the United States. Over the last four years, his administration has rolled back dozens of environmental regulations, including key rules intended to reduce the country’s carbon emissions.

At the same time, the Trump administration created difficulties for climate researchers in the United States.

Scientists at federal agencies, like Schulz, felt the brunt of it. Proposed White House budgets called for deep funding cuts to climate-related programs at agencies including EPA, NOAA and NASA. While many of these spending cuts were ultimately ignored by Congress, the proposals pointed to the administration’s hostility toward climate research.

Some of these restrictions affected not only federal scientists but scientists at universities and private research institutions, as well.

"If you had any of the keywords, you were very likely to get chopped," he said.

That’s not to say U.S. scientists haven’t continued to conduct meaningful climate research. Despite antagonism from the Trump administration, U.S. research institutions have remained a prolific source of climate studies. But the atmosphere and morale were noticeably different for the last few years.

Lauvaux, originally from France, had lived in the United States for 10 years when Trump was elected. For the last four or five years, he was mainly researching carbon emissions from urban environments. His previous position was at Pennsylvania State University.

Moving back to France, he said, provided a much more supportive research environment.

"The E.U. was politically pushing for climate change action," he said. "It was very engaging and very exciting when you have support, politically you’re supported, companies are getting engaged and want to find solutions. It’s more interactive: You can see business ideas growing; you can see public services growing."

A long road ahead

President-elect Joe Biden has vowed to rejoin the Paris climate agreement as soon as he takes office. Macron hailed the news last month, suggesting that Biden’s victory means "’Make our planet great again’ is a possibility, not just in words but also in deed."

There’s still a lot of damage to clean up, scientists warn.

A lot of the work ahead will be "just trying to repair the damage of the last four years," said Camille Parmesan, an expert on climate change and ecology and another Make Our Planet Great Again grantee. "It’s going to be a very long time before we recover."

Parmesan is originally from the United States and still maintains an affiliation with the University of Texas, Austin, her former home. She moved to the United Kingdom before Trump was elected, taking a position at the University of Plymouth. But Brexit made her reconsider whether she wanted to stay there.

So she applied to Macron’s program and moved to France instead.

Parmesan predicts it will be several years before the United States will recover from the Trump administration’s attacks on climate science. Many research staffers at federal agencies have been laid off or quit during the Trump era, she noted.

"So it’s not just getting the funding up for the existing people — you need to build these groups back up," she said.

And Lauvaux pointed out that the United States has lost a lot of its credibility and leadership status on the global climate front over the last four years. That takes time to build back up, as well.

"We haven’t seen a space mission on climate change by NASA; there’s nothing coming; there’s nothing planned in the next 10 years," he pointed out. "I’m hoping now this new administration is gonna be putting back some energy on the earth science. Other countries are investing a lot; the United States was leading for a long time."

Still, scientists are optimistic that the next four years will mark a turning point for both climate action and climate science in the United States.

"He’s in a good place; he knows the ropes; he knows what needs to be done, and so I trust him to get things back on track as soon as they can be," she added.

Parmesan has accepted a permanent research position at the French National Centre for Scientific Research, where she says she’ll likely remain until she retires. So it’s unlikely she’ll be heading back to the United States under Biden.

Schulz, too, now has a permanent position at the same institution. But he hopes to continue collaborating with U.S. colleagues in the coming years — and he hopes those kinds of international projects will become easier, and more easily funded, under the Biden administration.

"Even though I have my permanent position here, I can envision going back and forth to the United States for projects or sabbaticals," he said, "and also hosting researchers in France."

As for Lauvaux, he isn’t sure what’s next once his current position comes to an end.

"I’m still considering some long-term opportunities," he said. "But if Biden comes in and changes the game over the next few months, there might be some opportunities in the U.S."