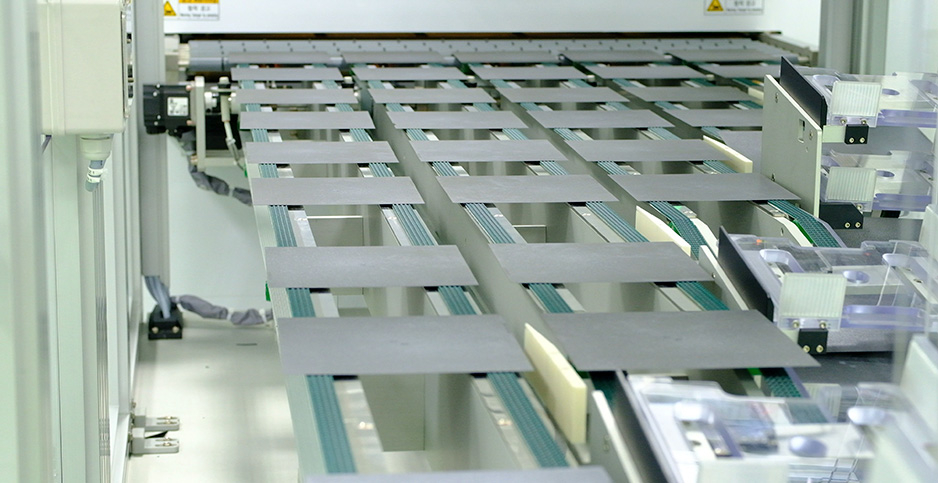 An entrepreneur backed by Bill Gates has taken up a challenge of keen interest to the Biden administration: perfecting double-decker tandem solar cells to give U.S. companies a new foothold in global clean energy competition.

But the scars borne by Frank van Mierlo’s small Massachusetts company, 1366 Technologies, carry warnings for U.S. companies and for the Biden climate team as it heads into the fray.

Tandem cells, with two complementary layers to capture solar energy instead of the single layer in today’s cells, could increase a solar farm’s efficiency by perhaps one-third, early research shows. Synthetic versions of the common mineral perovskite intrigue some solar developers as a candidate for the extra layer. "Tandem" and "perovskite" are new clean energy rallying cries.

"We had some trouble getting it off the ground," van Mierlo said in an interview, but added, "We have made working tandem modules that are in the field, that are actually operating and being tested, and we’re ahead of anybody else on the planet, as far as I know. But there are a lot of companies working on tandem."

Gates’ Breakthrough Energy group has invested $18 million in 1366 Technologies, advising on its website that the company "has a path to being the first to commercialize the tandem technology."

It’s a priority for Energy Secretary Jennifer Granholm, who has held a webinar briefing on the possibilities that tandem cells could enable U.S. companies to leapfrog into solar power technology leadership.

Somebody will have to fill perhaps 8 million acres in the United States with utility-scale solar installations — an amount that could be required to meet President Biden’s 2050 zero-carbon goals for the economy, according to one widely cited study. The United States cannot be on the sidelines, Granholm has said.

Around five years ago, tandem cells "were not anywhere on our radar screen as a technology," said Joseph Berry, principal scientist and hybrid solar cells team lead at the Energy Department’s National Renewable Energy Laboratory in Golden, Colo. "And they’re now one of the highest-performance … systems that we know about."

Important research, engineering and validation challenges remain to prove the technology works, first in the lab, then the field, Berry noted. He said he hopes the technology can be widely deployed within the next five years. "Maybe it’s an aggressive timeline, but that’s certainly the thing that we’re striving toward," he said.

DOE support helped 1366 Technologies to initial success a decade ago.

But the company recently suffered a crushing knockdown in Asia, where it closed a manufacturing plant months after launching it. The defeat shows the need for an even stronger federal role in trying to go up against China’s government-backed manufacturing might, van Mierlo said.

The tandem solar cell opportunity is raising a new test of what the policy should be now.

"The promise of more energy yield per acre piece is so tantalizing," van Mierlo said. "It just makes so much more sense."

1366 Technologies made waves in energy circles as a winner in the intense competition for DOE clean energy grants at the start of the Obama administration in 2009 (Greenwire, Dec. 22, 2009). DOE counted 3,600 entries for its grants, and made just 37 awards for $4 million each.

One went to 1366 Technologies to help it develop a wholly new method for producing hair-thin squares of purified silicon that are given a photo-sensitive surface to become solar cells. Instead of sawing wafers from a silicon brick — the common method — van Mierlo and his Massachusetts Institute of Technology-based colleagues found a way to flash freeze a thin layer from a vat of molten silicon and move it to an assembly line, eliminating the loss of the half of a silicon ingot wasted in the sawing process.

DOE allotted a preliminary $150 million loan guarantee to help 1366 Technologies build a U.S. manufacturing plant. In 2016, the company signed with a division of South Korea’s Hanwha Corp. to buy its wafers. Another unit of Hanwha advanced $10 million toward construction of the company’s first manufacturing plant, in upstate New York. Five New York state and county organizations chipped in, welcoming the company as the future anchor tenant in a new science park.

The success made 1366 Technologies a different type of symbol to Republican opponents of clean energy grants and conservative economists. The Heritage Foundation’s Nicolas Loris, testifying to a House committee in 2016, said, "If the solar company can produce a cost-competitive technology, it should not need any special government-backed loans," and he noted its support from Hanwha, which had a $4 billion stock market valuation at the time.

But final approval of the loan guarantee dragged on as the Obama administration gave way to former President Trump’s team at DOE. Unwilling to keep waiting for an uncertain decision, van Mierlo said, he accepted an offer to fill a new Hanwha manufacturing plant in Cyberjaya, Malaysia, with the company’s machines.

The plant was ready early in 2019, but even Hanwha could not stand up to a global flood of bottom-priced solar cells from China’s "near-monopoly" of the supply chain, in U.S. analysts’ words. That September, the Korean firm abruptly gave up the fight and shut down the plant. (Hanwha U.S. representatives did not return requests to comment on the Malaysia decision.)

1366 Technologies’ patented wafer-making machines, fruits of a decade of invention and improvements, were destroyed to protect the still-shielded process. Company spokesperson Laureen Sanderson said the company continues refining the process, believing that it has a future in developing countries with lower-cost economies.

"I had about a hundred companies starting with me back then," van Mierlo said, referring to the heady start of the solar boom more than a decade ago. Except for First Solar — a Tempe, Ariz.-based company that achieved global success — the others "evaporated," he said.

"Manufacturing in the U.S. is not an easy hill to climb, and we tried probably harder than anybody else as a small company," van Mierlo said. "We couldn’t pull it off."

The bright spot from the Malaysia story was the evidence that the company’s process met manufacturing requirements, van Mierlo said. That has attracted support from partners that see the company’s unique wafer production method as a pivotal cost advantage in making the silicon platform for a tandem module, he added.

Venture capitalist Carmichael Roberts, a former member of the Secretary of Energy Advisory Board, has been a key part of 1366 Technologies’ growth, first as a general partner of the company’s private backer, NorthBridge Energy Partners, then as chairman of the 1366 Technologies board. He remains an advocate as business lead of Breakthrough Energy’s investment committee.

"1366 went through the same due diligence process that we conduct for all of our investments," Roberts said. "Obviously, in this case, we decided to go ahead with the investment."

Tandem solar modules are a sandwich, Roberts explained. Instead of today’s single-layer cells, a tandem module would have two made of separate materials able to capture different parts of the sun’s energy and so convert more of it into electric current. Part of the sun’s energy passes through the top layer to the bottom, and the combined current could boost a panel’s output, hopefully by one-third or more, Roberts said.

"Think of a ham sandwich," he said: The ham, on the bottom, is the silicon. Then you pick the cheese you want for the top.

Without offering details of its combination, Roberts said, "1366 has been very successful in showing initial prototypes that give you a good feeling that it is not ‘if’, but ‘when’ it will be a product."

Last year, under the Trump administration, 1366 Technologies received a $450,000 DOE grant, part of $33 million in funding for 82 projects to help developers speed the way to commercial entry through partnerships with the department’s national labs.

But while its grant targeted perovskite technology, that’s not how the company may build its inaugural "sandwich," van Mierlo said. "That’s probably not where we go first. In the short term, there are other material systems."

Reducing the cost of the bottom layer of silicon through its manufacturing process will put that design at the front, van Mierlo predicted.

Solar modules made with tandem sells must beat efficiencies of standard single panels by 30% with matching durability to persuade major producers to switch technologies, the French technology institute IPVF predicted in the publication Progress in Photovoltaics.

Eric Wesoff, editor emeritus of pv magazine‘s U.S. edition, wrote in a column in November that he wagered van Mierlo an expensive bottle of champagne against the solar executive’s prediction of next year as the start of tandem cell manufacturing.

Solar projects are investment machines intended to convert sunlight into kilowatt-hours and dollars, and extremely risk-averse financial institutions don’t gamble on unproven technologies, Wesoff wrote. "It will take years to gain confidence in the long-term reliability of a new materials system or tandem combination," he wrote.

To counter market resistance, DOE should consider placing an order for the first 5 million units of tandem modules once they have passed their tests, van Mierlo said.

But the risk of China’s market power remains.

Jeff Ferry, chief economist of the Coalition for a Prosperous America, an advocacy group led by industrial manufacturers and labor unions, wrote in a March policy statement that "China continues to raise the stakes with large subsidies supporting billions of dollars of Chinese solar industry expansion."

"Beijing’s goal is global dominance of this industry," he wrote.

According to Granholm, the Biden administration has placed its bet on tandem technologies, too. "We only have a small amount of time to get this done," she said at a solar briefing last month.