What the Russia crisis means for U.S. electricity mix 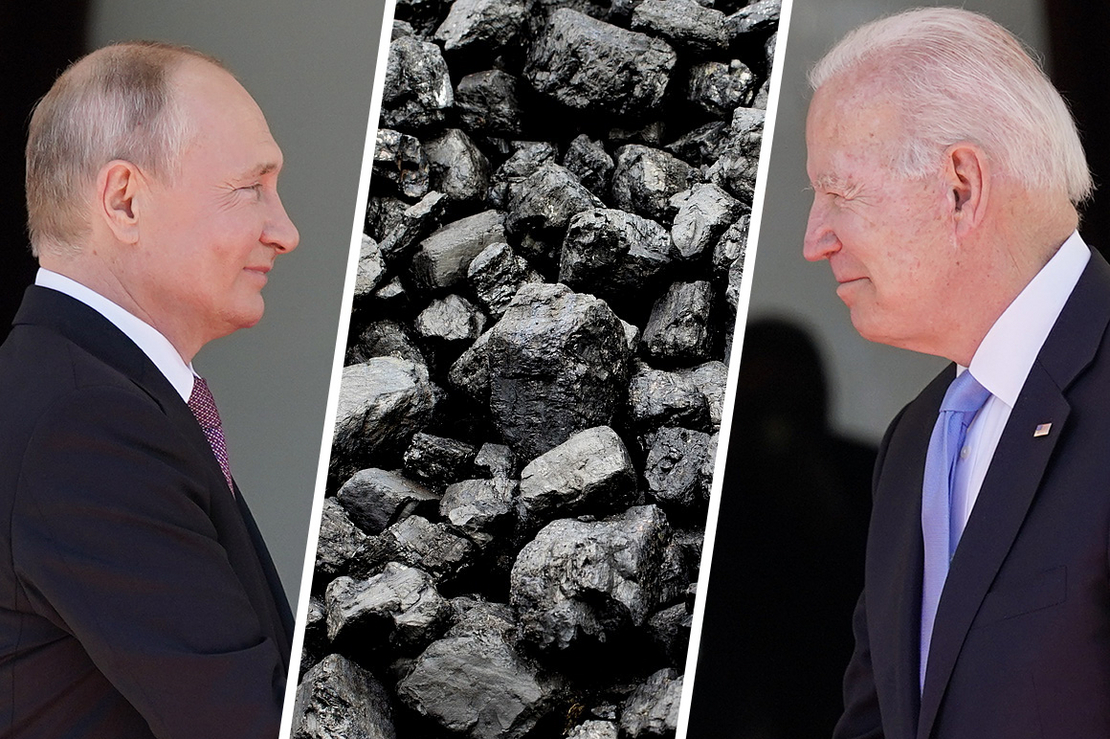 Gasoline prices have spiked in the aftermath of Russia’s invasion of Ukraine, but the effects of the conflict are also spilling into the U.S. electricity sector, with implications for greenhouse gas emissions and energy policy.

Although the crisis isn’t expected to derail electric utilities’ broad shift toward cleaner energy sources, it could temporarily extend coal’s upswing in the U.S. and slow investments in new energy projects as prices continue to rise, analysts said.

The long-term effects, meanwhile, could touch on everything from nuclear power to renewable energy, as industry leaders expect wind and solar to remain more insulated from price shocks and sanctions targeting Russia than fossil fuels.

“Even with Russian and Ukrainian factions meeting at the border to discuss a military ceasefire, the fragile situation in Ukraine and financial and energy sanctions against Russia will keep the energy crisis stoked and oil well above $100 per barrel in the near-term and even higher if the conflict escalates further,” Louise Dickson, senior oil market analyst at Rystad Energy, said in a research note yesterday.

Global oil prices, meanwhile, have been at or near $100 a barrel in recent days.

For now, some economists predict the invasion and resulting sanctions aimed at crippling the Russian economy will further raise energy prices at a time when Americans are already paying more for electricity, heating and gasoline than they were last year. That could mean that new power generation projects may face more scrutiny from regulators concerned about whether the proposals could further raise consumers’ energy bills, said Travis Miller, senior stock analyst at Morningstar Inc.

While new fossil fuel projects may face the most scrutiny because of their contributions to climate change, fears about rising costs could also affect the prospects for renewable energy proposals seeking approval from utility regulators, he said. Inflation, which could be worsened by the crisis, could also raise the price of materials needed for new wind and solar panels, analysts added.

“The primary impact on utilities is the risk around customer bill increases,” Miller said. “Utilities have benefited for a long time from low and stable energy costs, and if those costs start going up, it’s going to put more pressure on utilities to justify the infrastructure investments they’re making.”

Electric utility and climate policy advocates, meanwhile, are pushing for new clean energy tax policies as the conflict continues. On a call yesterday, they said it creates a new reason for Congress to complete action on the clean energy provisions in the “Build Back Better” legislation. The House-passed version of the “Build Back Better Act,” with $325 billion in proposed energy tax incentives, has been blocked in the Senate by Republicans and Sen. Joe Manchin (D-W.Va.).

“It gets pretty clear in Europe’s response over the last few days that Putin’s attack on Ukraine changes everything … and that includes the geopolitics of energy,” said Jesse Jenkins, principal investigator at Princeton University’s zero-carbon laboratory project.

At his State of the Union address tonight, President Biden is expected to renew his calls for new clean energy tax credits and other policies to address climate change as a way to combat high energy costs fueled by Russian’s invasion, a senior administration official said.

“Specifically, the President will lift up the benefits we can secure for American consumers, companies, and communities by enacting critical investments and tax credits for domestic clean energy manufacturing and deployment,” the official said in a statement. “He will also highlight how the investments and tax credits would cut energy costs for American families an average of $500 per year.”

Coal’s boost is being driven by already-high natural gas prices, which may stay elevated for longer because of the conflict, according to analysts.

The coal industry appears to have responded. For the week of Feb. 19, coal production was 38.9 percent higher than it was for the same week in 2021, according to EIA data released last week.

“Coal is now cost-competitive with natural gas for the first time in several years,” said Tyson Slocum, director of the energy program at Public Citizen, adding that coal power plants are being dispatched at higher rates because of elevated gas prices.

If the war continues, coal’s rise could persist for the time being, said Pierre Noël, a global research scholar at Columbia University’s Center on Global Energy Policy. The fossil fuel releases more carbon dioxide per electricity produced than natural gas or oil.

“If the price of natural gas shoots up, this supports coal in the power sector,” Noël said. “There’s a lot in the U.S. and elsewhere of coal direct competition with natural gas in dispatching decisions.”

The trend has not gone unnoticed among utilities and coal industry groups. During the company’s quarterly earnings call last week, AES Corp. CEO Andrés Gluski said that higher oil prices might be beneficial for the company because it has “much more hydropower, renewables and even coal” than oil or natural gas.

“We’re seeing improved prospects for a lot of our generation, because we’re not a big generator using internationally priced gas,” Gluski said.

Still, coal’s decline in the U.S. power sector over the long term isn’t expected to reverse course. During the same earnings call, for example, AES floated that it would stop burning coal entirely by 2025 in an effort to “accelerate the future of energy” (Energywire, Feb. 28).

Another looming question is whether the crisis could affect nuclear power generation. Nearly all of the uranium used for civilian nuclear power plants is imported, with 16 percent of foreign shipments in 2020 coming from Russia, according to the EIA. The top supplier was Canada, followed by Kazakhstan and Russia in third place.

“Clearly, there are current events that are superseding ‘Build Back Better’ and issues around energy policy,” Ralph Izzo, chair and chief executive officer of Public Service Enterprise Group Inc., said during his company’s fourth-quarter earnings call on Thursday. “I do think, however, though, the current events are going to motivate additional conversation around energy policy and how comfortable are we as a nation with sort of the increased globalization of gas prices.”