What the Western drought reveals about hydropower 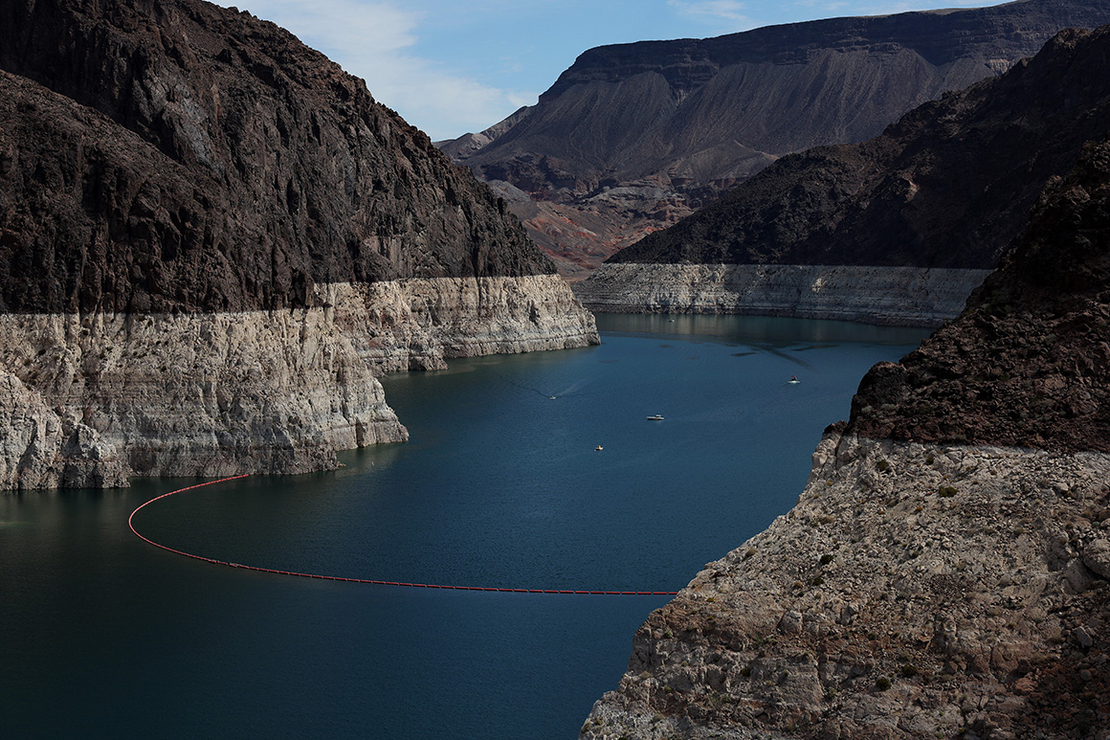 The relentless Western drought that is threatening water supplies in the country’s largest reservoirs is exposing a reality that could portend a significant shift in electricity: Hydropower is not the reliable backbone it once was.

Utilities and states are preparing for a world with less available water and turning more to wind and solar, demand response, energy storage and improved grid connections. That planning has helped Western states keep the lights on this summer even in severe drought conditions.

Take California, which experienced record demand during a heat wave last week but did not have to impose any rolling blackouts. That’s despite the fact that hydropower — which on average makes up about 15 percent of the state’s power generation mix under normal conditions — has dipped by as much as half this summer.

“Obviously, water and energy are very much intertwined,” said Newsha Ajami, the director of urban water policy for Stanford University’s Water in the West initiative. “The interesting part here is that losing reliability in one is impacting reliability of the other. It’s hotter, it’s drier and people are using a lot more electricity as we rely on hydropower as one of our baseline power generators, but lake levels are lower.”

During the heat wave, officials timed releases from hydropower projects, which accounted for as much as 10 percent of the electricity for the state at some times of day, according to data from the California Independent System Operator. Elsewhere across the West, planners are accounting for growing demand while factoring in reductions in hydropower.

According to the 2018 National Climate Assessment, Southwestern hydropower and thermal power plant generation are “decreasing as a result of drought and rising temperatures.” A February study in the journal Water using World Wildlife Fund data found that by 2050, 61 percent of global hydropower dams will be at very high or extreme risk of droughts and/or floods.

California’s Department of Water Resources has worked to maximize hydropower in the evening, when demand is high and solar production trails off, according to spokesperson Ryan Endean. The department averaged 747 megawatts of production during those peak hours between Monday and Thursday of last week, with a peak of 911 MW on Tuesday. On a typical day, generation is between 250 and 300 MW.

“DWR is doing everything it can to produce as much hydropower as possible during peak demand hours given low reservoir levels as a result of our ongoing severe drought,” Endean said in an email. He added that DWR’s production in future emergencies “will be dependent on hydrology conditions at that time,” as low reservoir levels “limit our ability to ramp up generation.”

The decadeslong drought gripping the Southwest has been estimated by scientists to be the worst in at least 1,200 years, forcing unprecedented decisions along the Colorado River in states like Arizona and Nevada.

The Interior Department has warned that the Colorado River’s Lake Mead and Lake Powell will face “critically low reservoir conditions” in the coming years, with Lake Powell projected to be just 32 feet above the minimum level to maintain hydropower operations at the Glen Canyon Dam. The federal government has also imposed limited cuts in the allocations to downriver states to maintain hydropower production there and at the Hoover Dam in Nevada (Greenwire, Aug. 16).

The Western Area Power Association — the Department of Energy’s power marketing administration that distributes hydropower 15 Western states — reported in August that its projects had produced only 65.7 percent of average in October to July of fiscal 2022. The snowpack that supports future inflow into reservoirs remains “negligible,” WAPA found, while precipitation is at 97 percent of average.

Potential worst-case scenarios have been highlighted by heat waves across the globe.

In China, reduced flows on the Yangtze River had economywide ripples throughout August. The industrial province of Sichuan, which gets about 80 percent of its electricity from hydropower, issued the highest level of emergency order last month, cutting electricity distribution to industrial buildings and forcing factories to temporarily shut down or reduce operations (Energywire, Aug. 22).

In Europe, where high temperatures led to the region’s worst drought in 500 years, countries like Italy, Spain and Portugal saw hydropower reserves drop by half, according to a report from the European Commission’s Joint Research Centre. Nuclear power plant operators in France had to cut generation because there was not sufficient water to cool plants.

Those drastic effects are unlikely to play out in the U.S. in the near future, in part due to a more diverse grid.

Sean Turner, a water resources modeler at the Pacific Northwest National Laboratory in Washington state, said that with drought conditions varying across the West, an interconnected grid means there’s less dependence on dams and reservoirs working as promised.

“When people think of a drought in the West, it’s not usually the whole West,” Turner said. “The loss of one or two projects is possible, but that doesn’t mean it’s lights out for ordinary people.”

In fact, Turner said that even with the reduced production and low levels at Lake Powell and Lake Mead, the hydropower network has worked the way it should this summer. Dams can ramp up and down as needed and have by and large maintained the balance of supply and demand on the regional grid. Even in a more extreme regional drought, Turner said, utilities should be prepared with other resources to fill the gap.

But warning signs are flashing that the once-reliable backbone — even a diminished one — may not be there forever. Last year, low water levels forced California to make the unprecedented decision to shut down the Edward Hyatt power plant at California’s Lake Oroville. Stanford’s Ajami said that marked a milestone.

“Generation would go down, but shutting down the power plant is something that I don’t think at any of these hydro plants we had experienced before,” she said. “It’s coming at us now.”

The diversity of the grid has helped the California ISO avoid blackouts in the current crunch.

Last Tuesday, the operator reported demand at more than 52,000 megawatts, setting a record. The state sent multiple requests to customers to cut their electricity use and issued its highest warning level, signaling that it could ask utilities to institute rolling blackouts, but ultimately did not need to.

According to the Bonneville Power Administration, the federal power marketing agency’s transmission lines to California were largely full during the heat wave, carrying electricity that included hydropower from the northwest’s more robust reservoirs.

Hydropower acts as a valuable resource because of its ability to ramp up quickly in times of needs. DWR’s move in California to deploy hydropower in the evening is an example of hydropower’s use in a crisis. Without it, utilities would have to rely on replacement resources like batteries or fossil fuel plants, a contingency Western states are already preparing for.

The future looks troubling. The U.S. Bureau of Reclamation predicted in August that there is a 30 percent chance Lake Powell on the border of Utah and Arizona — currently about a quarter full — could drop below operational levels by 2024 and a 10 percent chance that could happen next year. That would imperil Arizona’s Glen Canyon Dam, which produces about 5 billion kilowatt-hours of energy per year.

In a regular update to its short-term energy outlook released last week, the Energy Information Administration revised its expectations for future hydropower production nationally downward. In the second quarter of this year, EIA reported that the Southwest produced just over 2 billion kilowatt-hours of hydropower, down from 2.7 billion a decade earlier. That’s a decline of nearly 30 percent.

“As more information has come in and the months have progressed, we’ve had to revise our projects and now we’re expecting less production,” said Lindsay Aramayo, an industry economist at EIA specializing in hydropower. Still, she said, while “things are delicate, I think we’ll be okay.”

In order to restore some balance to the historically overallocated Colorado River, the federal government declared a “Tier 2a” shortage for the lower basin states of Arizona, California and Nevada. Under a 2019 agreement signed by Colorado River states, that means Arizona must forgo nearly 21 percent of its annual allocation from the river and Nevada will forfeit about 8 percent of its annual allocation (Greenwire, Aug. 16).

Those measures are designed to ensure that water stays in Lake Powell and Lake Mead, but reduced output from those reservoirs would also mean less hydropower production from their dams. That could create conflict with states’ other water management objectives like flood control, protecting aquatic life and agriculture, said North Carolina State University College of Natural Resources assistant professor Jordan Kern.

“There will be pressure to keep water in the reservoir to be able stay above the dead pool threshold, and that could make downstream users of water unhappy,” Kern said in an email. “I’m not a lawyer, of course. But a worsening drought seems more likely to spark conflict.”