What to expect as the Democratic convention kicks off 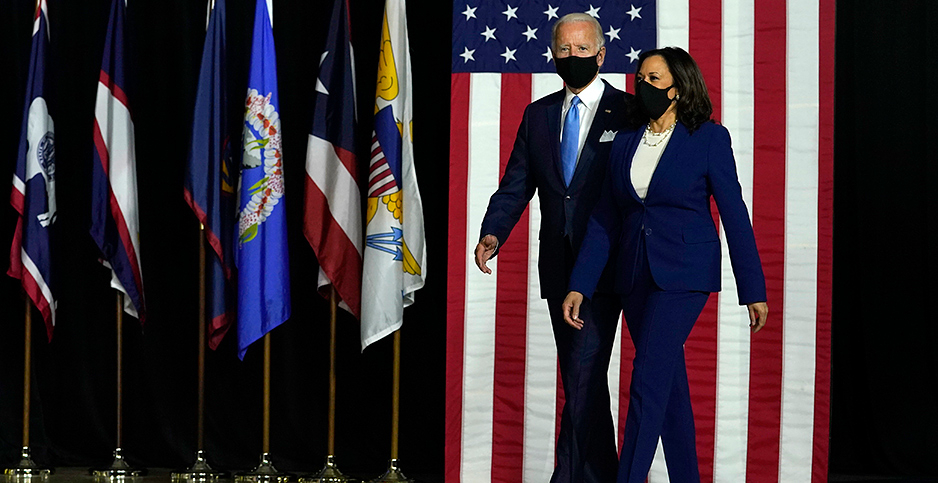 The party conventions that take place every four years have formal aspects, including officially naming the presidential nominees — Joe Biden for the Democrats and President Trump for the Republicans — and approving nonbinding party policy platforms.

And while those activities will still happen — mostly remotely, with organizers and attendees at home — the massive political gatherings, side events sponsored by groups trying to exert influence and meetings meant to rile up voters for the final stretch of election season largely won’t, save for some virtual events.

It’s the latest step officials have taken this year to fight the COVID-19 pandemic and reduce large gatherings that could result in mass infections.

The Republican National Committee in particular repeatedly tried to save much of the in-person convention, including a short-lived plan to hold events in Jacksonville, Fla., where leaders were more willing to allow gatherings than in Charlotte, N.C., the city where the party long ago decided to meet. But all that was scrapped as infection rates grew in the Sunshine State.

Democrats are up first, kicking off their convention today. The main events will take place between 9 and 11 each night through Thursday.

They’ll be divided into theme days: "We the People" today, "Leadership Matters" tomorrow, "A More Perfect Union" on Wednesday and "America’s Promise" on Thursday.

The schedule also includes some unusual guests like former Ohio Gov. John Kasich, a Republican who has been critical of Trump and the GOP, and individual voters whom the party wants to highlight.

Biden and his running mate, Sen. Kamala Harris of California, will speak Thursday night, after convention delegates formally vote to nominate them tomorrow.

One such event, scheduled for tomorrow, will be hosted by the Council on the Environment and Climate Crisis, which has been pushing the party and Biden to adopt aggressive climate policies (Greenwire, June 4).

The policy roundtables include topics like "Investing in a Sustainable Future," "Building a Modern Sustainable Infrastructure" and "Meeting the Climate Crisis Challenge."

Delegates voted on the platform in recent weeks, and while some objected to it for not including support for Medicare for All, it is expected to be adopted.

Trump has some counterprogramming events planned in key swing states this week to compete against the Democrats.

He’s giving two speeches to criticize Biden’s record on jobs and the economy today in Minnesota and Wisconsin.

Tomorrow he’ll be in Arizona to talk about immigration and border security. Vice President Mike Pence will speak in Wisconsin on Wednesday.

Hours before Biden is set to accept the nomination Thursday, Trump will speak in Old Forge, Pa., near Biden’s hometown of Scranton.

The GOP has not yet put out many specifics about its party convention, which is set for the week of Aug. 24, with events mainly during prime time.

Trump is planning to give his nomination acceptance speech on White House grounds on the 27th, despite criticism from opponents that he is using federal resources for campaign purposes.

Pence is due to head to Fort McHenry, a former fort in Baltimore maintained by the National Park Service, for his acceptance speech the day before.

Like the Democrats’ event, the convention is being categorized into four theme days: "Land of Promise" today, "Land of Opportunity" tomorrow, "Land of Heroes" on Wednesday and "Land of Greatness" on Thursday.

And like the Democrats, the GOP will showcase individual voters with stories that support its policies.