What to expect from Interior and EPA this fall 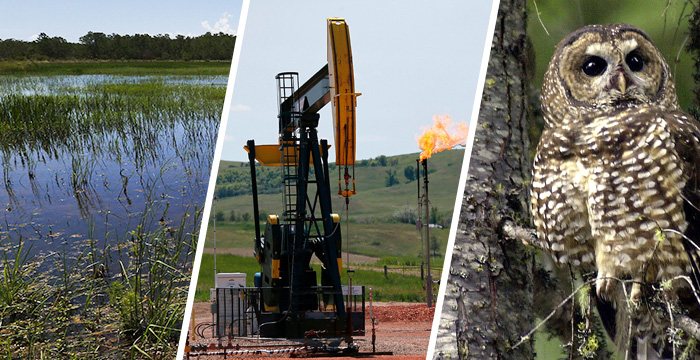 Nearly 10 months into his term, President Biden’s administration is still slowly unwinding the actions of its predecessors on the nation’s public lands and waters, while moving forward with a climate-focused environmental agenda to curb greenhouse gases.

Observers suggest numerous items languishing on the administration’s to-do list could see action this fall and winter, putting the Interior Department and EPA front and center.

The administration checked off the first of several long-awaited decisions on Friday, when Interior Secretary Deb Haaland announced the Bureau of Land Management’s headquarters will return to Washington (E&E News PM, Sept. 17).

The administration will retain the Grand Junction, Colo., offices as a Western hub, while restoring senior positions to the nation’s capital.

In coming months, key decisions could follow on a host of fronts, including Interior’s overdue analysis on how it will reform the oil and gas leasing program, and progress on a review of the coal leasing program.

EPA is likewise set to roll out draft rules on oil and gas methane emissions, finalize its “clean car” regulations, and release its replacement for the Navigable Waters Protection Rule.

On top of this, conservation proponents — still awaiting the administration’s framework for calculating its progress on conserving 30 percent of the nation’s lands and waters by 2030 — expect to see the restoration of more than 2 million acres of public land to a pair of national monuments in Utah.

Here’s a look at what agenda items from Interior and EPA are likely to move this fall:

EPA will take aim at climate superpollutants this fall, which are tens — or, in the case of some hydrofluorocarbons, even thousands — of times more powerful than carbon dioxide in the short term.

Congress gave the agency a deadline of this Thursday to finalize its plan to phase down hydrofluorocarbons, or HFCs, which are used in cooling and refrigeration.

It is expected to meet that deadline with a rule that phases down production and use of the powerful greenhouse gases by 85 percent by 2036. That would allow the U.S. to meet its obligations under the 2016 Kigali amendment to the Montreal Protocol on ozone, which addresses the pollutants globally. Biden has promised to submit the treaty to the Senate but hasn’t yet done so.

EPA’s two draft rules for oil and gas methane are also under review at the White House and expected to be proposed in the coming weeks.

The rule for new oil and gas infrastructure is expected to tighten requirements for infrastructure from 2015 and later that were first imposed under the Obama administration.

Likely changes include more frequent leak detection and repair requirements, broader application of zero-emitting equipment and best practices, and changes to venting and flaring practices. The proposal for older sources is the first of its kind, and will apply to the overwhelming majority of U.S. oil and gas infrastructure and methane leakage. It provides guidelines for state plans to ramp down emissions.

The HFC phasedown could avoid half a degree Celsius of climate change when applied globally under Kigali. And more than a quarter of current warming is tied to methane emissions, which stay in the atmosphere a tiny fraction of the time CO2 does.

This makes methane abatement a prime opportunity for the world to buy time to decarbonize the economy. On Friday, Biden announced an agreement with the European Union to cut methane 30 percent across their economies by 2030. The administration and its European counterparts hope other major emitters will join the pledge by an important round of U.N. climate talks in Glasgow, Scotland, this November.

In addition, EPA is also aiming to finalize a clean car rule this fall that analysts say will be key to achieving Biden’s goal of decarbonizing the transportation sector by 2050. Transportation is the single largest source of greenhouse gas emissions in the United States, and passenger vehicles account for the bulk of that pollution.

Following the announcement, over 200 public health and environmental groups, including White House officials, criticized the rule as too weak. EPA must now comb through comments and issue a final rule by the end of the year in order to include model year 2023 (Greenwire, Aug. 27).

EPA is also poised to release a highly anticipated proposal under the Clean Water Act that will determine the fate of streams and wetlands across the nation.

The agency is crafting a replacement for the Navigable Waters Protection Rule, which was halted after a district judge in Arizona found the Trump-era rule was too harmful to stay in place (Greenwire, Aug. 30).

EPA and the Army Corps of Engineers are given discretion under the Clean Water Act to define “waters of the U.S.,” and the past three decades have been marked by myriad lawsuits and political battles as the definition has shifted with administrations.

EPA has said the new rule will restore pre-2015 protections, and has been taking comment on a variety of issues, including how to handle ephemeral, intermittent and perennial streams, as well as ditches.

It could take EPA up to three months to take comment on the proposal and several more months to respond to that input.

Pat Parenteau, a professor and senior counsel at Vermont Law School, said the “tricky part” may arrive if EPA makes major changes to the rule in response to comments, a move that would require the agency to re-propose a new draft of the rule for comment or face lawsuits.

Parenteau said there’s bound to be lots of litigation, and the Supreme Court ultimately could settle the issue.

“I do not think we will have a final answer for years to come, maybe not before Biden’s first term expires,” he said.

The Endangered Species Act rulebook is getting a thorough scrub as the Fish and Wildlife Service prepares to revise policies set in the Trump administration.

For the past two months, White House regulatory gatekeepers have been assessing potential revisions concerning ESA listings and critical habitat. Officials reported meeting Sept. 10 with a representative of the Edison Electric Institute, after previously meeting in August with groups including Defenders of Wildlife and the Center for Biological Diversity.

The teleconference meetings convened by the Office of Information and Regulatory Affairs, part of the powerful Office of Management and Budget, precede the anticipated go-ahead for the Fish and Wildlife Service to start changing course.

The upcoming proposals could include changes to regulations governing critical habitat exclusions and again reinstating the default of extending protections to threatened species unless the agency adopts a species-specific rule.

Under the ESA, critical habitat is to be designated “on the basis of the best scientific data available and after taking into consideration the economic impact, the impact on national security and any other relevant impact.”

The Trump-era regulations added categories of “other relevant impacts” that may be considered, including public health and safety; community interests; and the environment, such as increased risk of wildfire or pest and invasive species management (Greenwire, Dec. 17, 2020).

The ESA required listing decisions to be made “solely on the basis of the best scientific and commercial data available” and “without reference to possible economic or other impacts of such determination.” The Trump rule eliminated the latter phrase.

Without a new rewrite, this could mean that cost-benefit analyses may be presented at the time an ESA listing is proposed, potentially providing ammunition for one side or another.

While on the campaign trail in 2020, Biden vowed to restore the boundaries of three national monuments slashed by President Trump at the behest of Utah Republican lawmakers who viewed the sites as an example of federal government overreach.

But more than three months after Haaland recommended reversing the cuts in a confidential report to the White House, Biden has yet to assert his authority under the Antiquities Act of 1906 to restore the Bears Ears or Grand Staircase-Escalante national monuments.

Native American tribal leaders and conservation groups have expressed frustration with Biden’s inaction, while Utah’s congressional delegation has urged the administration to hold off on any changes to give them more time to formulate a legislative solution (Greenwire, Sept. 9).

During a 25th anniversary celebration for Grand Staircase-Escalante National Monument on Saturday, BLM staff repeatedly referred to the monument’s original proclamation — signed by President Clinton in 1996 — without directly mentioning the site’s reduced footprint.

Proponents of restoring the monuments note the sites could be key to another of the Biden administration’s pledges, “America the Beautiful,” an aggressive conservation pledge that vows to preserve 30 percent of the nation’s lands and waters by 2030 (Greenwire, Sept. 17).

Interior’s energy agencies are expected to close out the year focused, in part, on changes to the federal oil and gas program to meet Biden’s climate goals. Everyone, outside of top officials at Interior, is waiting for a pending report on how those officials plan to revamp the rules and regulations that govern the public’s vast stores of crude oil and natural gas.

With reform in mind, the White House froze oil and gas leasing shortly after taking office, and Biden called for a “comprehensive” review of the program’s contribution to climate-damaging emissions. That review is to include a consideration of increased royalties to offset downstream damage from burning public fossil fuels.

Interior missed its self-imposed early summer deadline to release the interim report — a fact that has resulted in chiding from Republican lawmakers.

In the meantime, a federal judge in Louisiana has forced a temporary restart of the federal leasing program while a lawsuit on the leasing pause from Republican attorneys general — one of several filed over the moratorium — continues.

Asked for his group’s perspective on Interior’s oil and gas plans, Jeremy Nichols, a longtime organizer and the climate and energy program director for WildEarth Guardians, said in an email that greens had to assume a continuation of the leasing status quo and act accordingly.

“We have to presume they’re moving forward to lease, and we need to start readying our defense,” he said.

Outside of its oil challenges, Interior will also start a review of its coal leasing program in earnest this fall. Not since the 1980s has the Bureau of Land Management done a comprehensive study of leasing public coal in the West (Greenwire, Aug. 17).

The review comes as the U.S. thermal coal industry continues to contract, including operations on public land in Wyoming and Montana that produce 40 percent of the nation’s coal.

Interior, which has continued to lower coal royalty rates this year, will consider whether taxpayers are getting a fair return for public natural resources. It will also assess the impact the vast federal coal program has on causing climate change.

The department will try to balance those priorities with helping to transition mine workers to new jobs and communities dependent on coal extraction to more diverse economies. Mine land reclamation jobs could play a role in helping miners bridge the gap (Greenwire, Aug. 5).

Interior’s energy docket is not limited to its fossil fuel plans.

The Biden administration’s goal to reach 30 gigawatts of offshore wind energy by 2030 has goosed the Bureau of Ocean Energy Management’s renewables office into overdrive; it’s made progress on environmental reviews for nine offshore wind projects so far this year. The beginning of the review process for another large project off the coast of New Jersey is expected before year’s end.

The agency is also preparing for its lease sale of up to 627,000 acres in the New York Bight, which will draw competitors vying for a chance to serve regional state offshore wind targets. The sale is expected as soon as this winter. Interior is also currently doing new environmental review work ahead of potential offshore wind leasing in the Carolinas.