What to expect in the lame-duck session 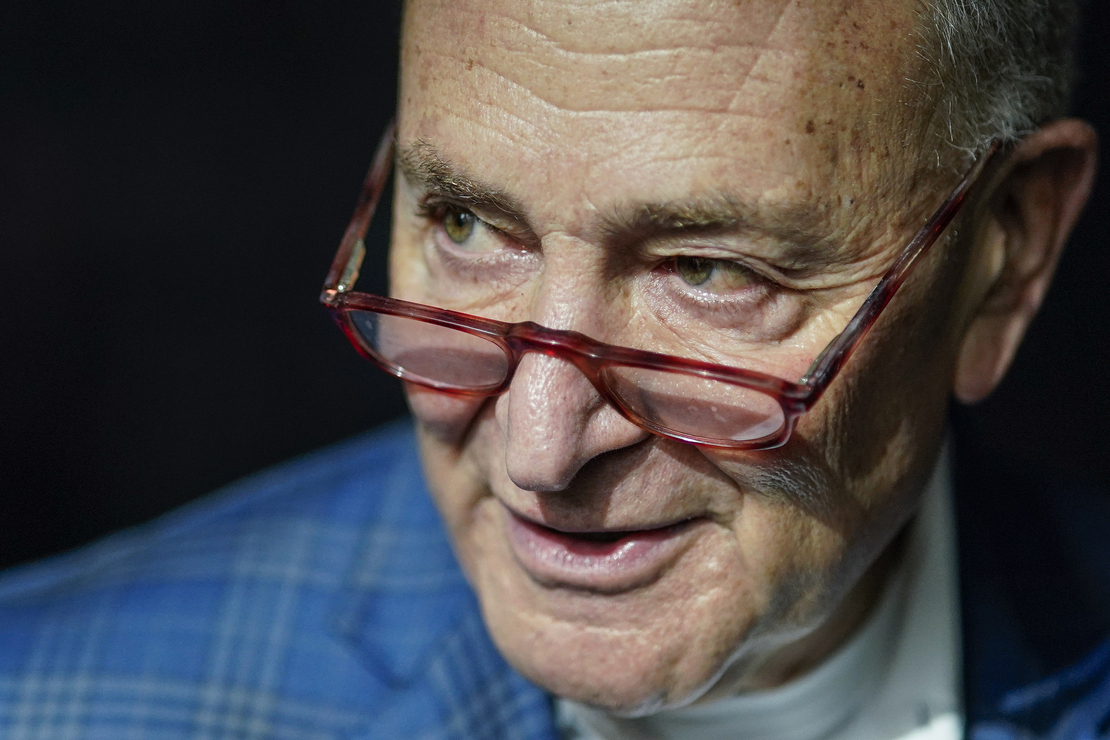 Congress returns Monday to kick off the lame-duck portion of the legislative session with a long to-do list.

It’s unclear how ambitious Democrats will be or how willing Republicans will be to collaborate.

There are some bills that must get passed before the year’s end, including a government funding measure and legislation to reauthorize Department of Defense programs.

Then there are priorities that Democrats could push to the forefront in their final sprint of the current Congress, which may represent the last opportunity to govern in a unified front. Although Democrats secured their majority in the Senate over the weekend, Republicans are still favored to win control of the House.

In a press conference Sunday, Senate Majority Leader Chuck Schumer (D-N.Y.) demurred when asked what legislative business the next few weeks would hold.

“I’m not getting into anything in the specifics in the lame-duck session,” he said. “We’re going to have some good meetings with our caucus this week and discuss where to go.”

Assuming Republicans win the House, they could be unmotivated to go along with any Democratic plans before the end of the year, recognizing greater negotiating power is waiting just around the calendar corner in 2023.

Of chief concern, congressional leaders will need to negotiate how they intend to fund the government for the remainder of the fiscal year before the current stopgap federal spending bill expires Dec. 16.

While there’s little question lawmakers will reach agreement to avoid a government shutdown right before the holiday season, how they get there is another matter.

Appropriators in both chambers and parties pushed for passage of a short-term continuing resolution at the end of September to buy them more time to negotiate a broader fiscal 2023 omnibus package.

Such a bill would also represent a swan song of sorts for the senior members of the Senate Appropriations Committee — Chair Patrick Leahy (D-Vt.) and ranking member Richard Shelby (R-Ala.), who are both retiring after decades of Senate service at the end of the year.

Progress on those negotiations is not yet known, and the outcome of the election may influence whether Congress wants to stick around longer to negotiate a full-year spending bill. Republicans could succeed in forcing Congress to punt a short-term funding bill into the new year to give themselves another opportunity to assert more of their priorities.

Senate Energy and Natural Resources Chair Joe Manchin (D-W.Va.) is turning to the National Defense Authorization Act — which already contains a multitude of energy and environment provisions — in hopes of reviving his stalled permitting reform package.

But plans to advance the permitting overhaul as part of the continuing resolution were thwarted by a coalition of progressive Democrats as well as scorned Republicans.

Now, Manchin is indicating he is eyeing the NDAA as another vehicle for attaching his proposal — a route the White House appeared to endorse last week in a bid to make good on its promise (E&E News PM, Nov. 10).

There also remains a coalition of moderate Democrats and Republicans with an appetite to see a compromise permitting overhaul measure through.

House Natural Resources Chair Raúl Grijalva (D-Ariz.), however, is prepared to lead environmental justice advocates on and off Capitol Hill in another crusade to block the permitting overhaul, even if it means threatening must-pass legislation in the process. He said he will begin setting up meetings this week with key figures in the fight.

The path forward for the NDAA itself remains unclear. The Senate began debating it last month, but a person familiar with the negotiations said Senate Democrats may pull the bill from the floor to focus on nominees.

That means issues like permitting reform and the pending water projects bill may be attached during informal conference negotiations between the House and Senate (E&E Daily, Nov. 11).

In the midst of the October recess, Democrats and White House officials indicated they wanted to take action in the lame duck to reshuffle the nation’s approach to Saudi Arabia and the Organization of the Petroleum Exporting Countries (OPEC) following a decision to curtail oil production by as much as 2 million barrels.

The most likely action could come via long-standing bipartisan legislation that would give the Justice Department the ability to sue cartels for antitrust behavior. The measure, S. 977, advanced out of the Senate Judiciary Committee earlier this year (E&E Daily, Oct. 26).

Yet, despite Schumer highlighting a potential vote on the legislation, it remains unclear if Democrats intend to follow through on the threat.

The initial fury against OPEC came in part as Democrats attempted to cool voter backlash against high gasoline prices as they headed toward the midterm election. The party has since clinched control of the Senate.

Also, to pass the legislation, Democrats would need Republican cooperation — and oil state Republicans have indicated they aren’t interested.

Democrats may also seek to attach the bill as an amendment to the NDAA. Judiciary ranking member Chuck Grassley (R-Iowa), who has been a long-term sponsor of the legislation, endorsed the idea last month.

While Senate Democrats will still be able to process administration and judicial nominees next year with their majority, they remain focused on clearing the decks over the next month and a half.

Outstanding nominees include a slew of candidates within the purviews of the Energy and Natural Resources and Environment and Public Works committees, many of whom could be held up amid fierce opposition from Republicans.

Manchin, in his capacity as chair of Energy and Natural Resources, could also complicate matters.

Earlier this month, he put out a scathing statement criticizing President Joe Biden for appearing to endorse shutting down coal plants. Soon after, Manchin announced he would prevent Richard Glick, who has been renominated to lead the Federal Energy Regulatory Commission, from having a confirmation hearing this week.

Manchin might also end up slow-walking Laura Daniel-Davis, the nominee to serve as assistant secretary of land and minerals management at the Interior Department.

Though the senator supports Daniel-Davis, he delayed a committee vote on her nomination over the summer in protest against the Biden administration’s stalled announcements on oil and gas leasing plans. Daniel-Davis could become another proxy for Manchin’s renewed anger over the president’s energy agenda (Greenwire, July 21).

Pending EPA nominees include Carlton Waterhouse to be assistant administrator for the Office of Solid Waste as well as Joe Goffman — especially controversial among Republicans — to head EPA’s air office (E&E Daily, Sept. 30).

The Senate voted to discharge the nomination of David Uhlmann, EPA enforcement nominee, before this summer’s recess, but the chamber has yet to put him back on the agenda (E&E Daily, Aug. 8).

The Senate Judiciary Committee has scheduled a hearing on more court nominees this week. It also has a markup on the agenda that includes Anthone Johnstone to sit on the 9th U.S. Circuit Court of Appeals.

Chance for other bills?

Democrats in the coming weeks will also have to decide whether to pursue certain priorities that could become more complicated to advance in a divided Congress.

They’ll have to consider sending additional aid to Ukraine, where the conflict with Russia continues to impact oil and gas prices.

The Biden administration is seeking billions in new money to send to Ukraine in defense and humanitarian aid. House Republicans have increasingly indicated they are not in favor of spending more money, and they could block the flow of additional dollars in the next Congress if they secure their majority.

Anita Dunn, a senior adviser to Biden, said on “Face the Nation” on Sunday that the White House is also hopeful Congress secures emergency funding for the recent natural disasters in Florida and Puerto Rico.

Meanwhile, many Democrats — including Sen. Elizabeth Warren of Massachusetts — continue to argue that addressing the debt ceiling while Democrats still hold both chambers could prevent an economic showdown next year with the GOP.

In an interview with “Meet the Press” on Sunday, Warren also said it was key to either raise or eliminate the debt ceiling during the lame-duck session to prevent Republicans from using the issue to “create chaos in the economy” as a way to energize a Donald Trump reelection bid in 2024.

She conceded, however, that “if Democrats take the House, then there’s no urgency around this.”