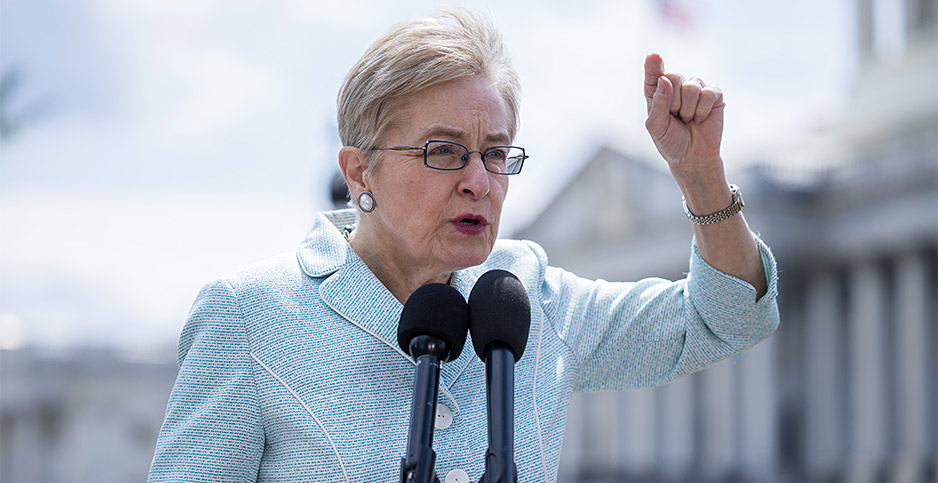 Less than four months before a possible government shutdown, House appropriators will begin a frantic sprint this week to get new fiscal 2022 spending bills passed before current money runs out.

But partisan splits over national security and domestic spending coupled with gridlock in the Senate make it a long shot that any of the bills will become law before the new fiscal year begins on Oct. 1.

Instead, Congress is likely to work on the bills throughout the fall and pass a series of short-term measures that will keep current funding in place until a final deal can be reached.

The process could be further complicated by ongoing talks over a multitrillion-dollar infrastructure deal. On the other hand, the wheels could be greased with the return of congressional earmarks.

Here’s what to watch over the next several weeks on the appropriations front.

Majority Leader Steny Hoyer (D-Md.) reiterated last week the House will pass most — or almost all — of the fiscal 2022 appropriations bills before leaving for August recess.

House appropriators will hold their first markups later this week with the Financial Services and Legislative Branch spending bills due to be considered in subcommittee Thursday and the Agriculture and Military Construction-Veterans Affairs spending bills in subcommittees Friday. All four bills will move to the full committee next Tuesday and Wednesday, respectively.

House appropriators will release the text of the spending bills and summaries 24 hours in advance of the subcommittee markups.

The major energy and environmental spending bills will get their time in the sun later this month and early July.

Energy-Water is among the last bills moving, partly because appropriators are waiting to see what water projects might be funded in a massive infrastructure package still being negotiated.

"If we are going to do a lot of things in the infrastructure bill, do we have to do that much it our appropriations bill? It’s a good question. I don’t know yet how those fit together," said Rep. Mike Simpson (R-Idaho), the ranking member on the Energy-Water Appropriations Subcommittee.

The biggest fight of the spending season will be over a push by Democrats to increase spending for domestic programs after years of stagnant growth, or in many cases, cuts.

Republicans, however, are already lining up against the plan, arguing that Democrats are shortchanging defense and homeland security spending.

Simpson predicted GOP members would be "reluctant" to vote for bills seeking double-digit increases in domestic accounts. He also suggested House Democrats might struggle to pass a Defense bill without support from the GOP, who want more dollars for national security.

"Let me put it this way: I am becoming more and more concerned we’re going to have a yearlong" stopgap spending bill, said Simpson. "To me that’s damaging."

Rep. Tim Ryan (D-Ohio), a senior Democratic appropriator, said the domestic increases are vital because many of those programs have "been disinvested in for a long time." He also said Democrats need to get behind all the bills, both defense and nondefense, so they can make it into law.

"We can’t sit here and pass CRs that don’t get us anywhere," said Ryan. He said other nations, particularly China, are making huge domestic investments in infrastructure and scientific research and that the United States risks falling behind.

House appropriators have yet to release top-line figures for each of the 12 spending bills, known as 302(b) allocations. Those could surface later this week and are slated to be considered by the full committee next Tuesday.

The return of the earmark

Bipartisan support for spending bills could be buoyed this year by the return of earmarks after a decadelong absence.

House lawmakers have made nearly 3,000 requests for directed spending worth an estimated $6 billion. Appropriators have spent the past several weeks sorting through the requests, which were posted online earlier this spring.

Lawmakers and longtime observers of the budget process say earmarks are a way to build support for the funding measures. Some have argued the frequent struggles to enact spending bills over the past 10 years are partially the result of leaders not being able to use earmarks to get reluctant lawmakers onboard.

"We have had a very robust set of asks," said Rep. Marcy Kaptur (D-Ohio), chair of the Energy-Water Appropriations Subcommittee.

She said they have come from both sides of the aisle and members are adhering to a new requirement that any earmarks go toward community or nonprofit projects and are fully transparent. Kaptur said it’s too soon to say how many earmarks will be approved for her spending bill.

All told, Democratic leaders have said earmarks will account for no more than 1% of overall spending — about $15 billion.

Even as the House begins markups, the Senate’s top appropriators are still negotiating spending levels.

Without an agreement, moving bills out of committee could prove difficult with control of the panel evenly split between the parties. It could prove even harder to have spending bills advance on the Senate floor, where Democrats would need 60 votes to overcome a filibuster.

Senate Appropriations Chair Patrick Leahy (D-Vt.) and panel ranking member Richard Shelby (R-Ala.) had what both described as productive discussions last week but have yet to announce any deal or markups.

"I hope to," Leahy said last week when asked if he expects the committee to begin marking up spending bills before the August recess.

Shelby said his top priority in the talks is to get more money for defense — beyond the 1.6% increase proposed by Biden. He said the overall $1.5 trillion figure is unlikely to change but predicted the allocations between defense and domestic accounts would shift in the Senate.

Shelby said there’s "always a threat" of operating under stopgap spending if bills cannot be passed. The senator said he hopes to see at least two or three bills move out of committee before summer recess.

Both parties have tried to downplay talk of a massive year-end spending bill, but lawmakers say that is the most likely outcome with Congress unlikely to wrap up appropriations before December.