What to watch on energy, environment in Biden’s budget 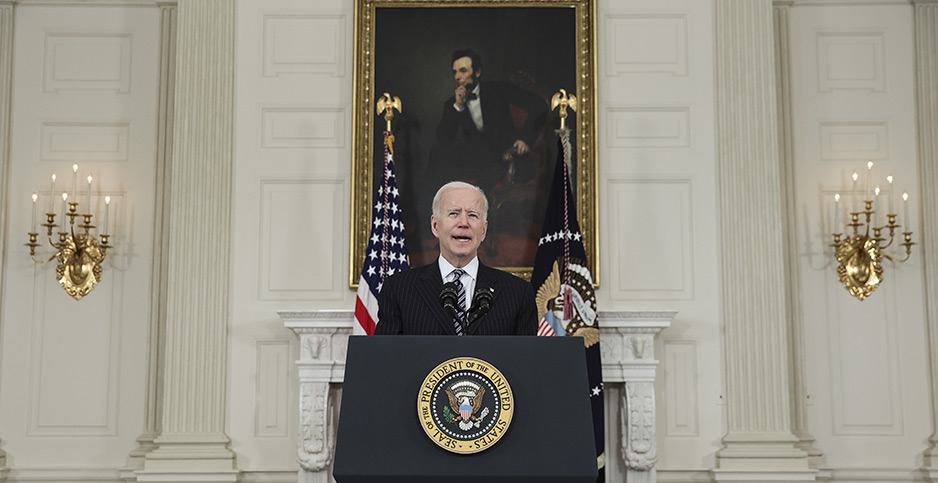 President Biden’s first budget proposal due out today will be a sharp rebuke of the Trump administration’s energy and environmental policies.

The Biden blueprint, while short and preliminary, will also start to flesh out the details of the administration’s proposed $2.25 trillion infrastructure plan.

Even though the administration is expected to offer only top-line agency figures and broad agency priorities until a more detailed presentation later this spring, there are several areas worth watching.

No single agency could see a greater reversal of fortunes than EPA, which former President Trump repeatedly sought to slash by as much as one-third.

Congress did not go along with those cuts but only provided flat funding or modest increases for the agency over the past four years. EPA’s fiscal 2021 budget currently stands at $9 billion, an increase of about $850 million since fiscal 2016.

A benchmark for greens is likely whether EPA funding can again hit more than $10 billion in annual spending, which the agency reached in fiscal 2010 under President Obama.

"Make no mistake, under President Biden’s leadership, we will rebuild stronger than before. Our work at EPA will be at the heart of our recovery," EPA Administrator Michael Regan told staff shortly after taking office.

Enforcement accounts are likely to see a jump, too, as the agency moves away from the environmental deregulation prioritized by Trump.

Biden’s infrastructure plan calls for investing more than $100 billion in clean energy programs and infrastructure over the next eight years, and the coming budget could lay the groundwork for those initiatives (E&E Daily, April 1).

The Department of Energy’s Advanced Research Projects Agency-Energy, which Trump sought to ax but survived with strong bipartisan support, is likely to see its $427 million appropriation boosted in coming years.

DOE’s 17 national laboratories could also see some of the $35 billion in new funding the president is proposing with an eye toward clean energy innovations.

The dollar figure would be a fivefold increase over current spending in lab funding and matches a proposal from Bill Gates’ Breakthrough Energy group (Energywire, March 31).

"For too long, our national leaders have let American innovation and investment slip away to foreign competition," she said in recent comments. "It’s time America grabs the reins of progress again."

Aid to oil and gas states

Oil and gas states are eyeing a lifeline from the administration following a pause on new drilling leases on public lands.

Bipartisan options could include expanding federal spending under the payment in lieu of taxes program. The Secure Rural Schools program, which helps communities make up for lost timber revenues, could also be a model.

States share revenues from oil and gas leases with the federal government. It amounts to billions of dollars that buttresses state and local budgets.

But the White House might not see aid as a priority after 14 GOP-led states filed a lawsuit against the administration, arguing the president overstepped his authority in temporarily halting lease sales and calling for a reversal.

The Interior Department is reevaluating a Trump administration decision to move the Bureau of Land Management headquarters to Colorado, and the budget would offer a first chance to fund its reversal.

Interior Secretary Deb Haaland has blasted the decision to relocate hundreds of BLM workers as an attempt to "dismantle" the agency.

Indeed, BLM has said it lost 287 employees, or 87%, of the 328 positions reassigned by the Trump administration because workers chose not to move to Colorado or other Western state offices (E&E News PM, March 4).

It’s not clear how much it would cost to reverse the decision, although BLM estimated relocation costs for the move West at about $50,000 per employee.

Congress provided $5.9 million the past two fiscal years to fund the move, which the Trump administration predicted would eventually save more than $100 million over 20 years. But Democrats have argued the savings analysis lacked specifics and does not account for the cost of lost workers.

Biden has called combating climate change "essential" to foreign policy and is likely to back it up with bulked-up investments in overseas aid aimed at curbing emissions.

Democratic lawmakers are pressing the administration for a $3 billion investment in fiscal 2022 for the Green Climate Fund, which offers climate mitigation and adaptation programs for developing nations (E&E Daily, March 18).

It would be a marked reversal from Trump, who never made any payments into the fund, ignoring past pledges made by the United States.

Other possible aid targets could be the U.S. International Development Finance Corp. to boost green energy abroad as well as the Intergovernmental Panel on Climate Change and the U.N. Framework Convention on Climate Change, which received $6.4 billion for fiscal 2021.

Biden’s already signed an executive order halting spending of any current federal dollars on the barrier. The previous administration spent nearly $3 billion on the wall in fiscal 2020.

Green groups have strongly opposed the 2,000-mile fence, saying it both damages critical habitat and harms animals that routinely move across the borderlands.

Republicans, who have sharply criticized Biden’s border policies and warned about an influx of people entering the country illegally, say the administration broke the law by freezing wall funding. They’ve called for hearings into Biden’s decision.

Biden could seek to soften criticism of his handling of a migrant influx by boosting other border security efforts, including more enforcement personnel and technologies.