What Willie Phillips’ past says about how he would change FERC 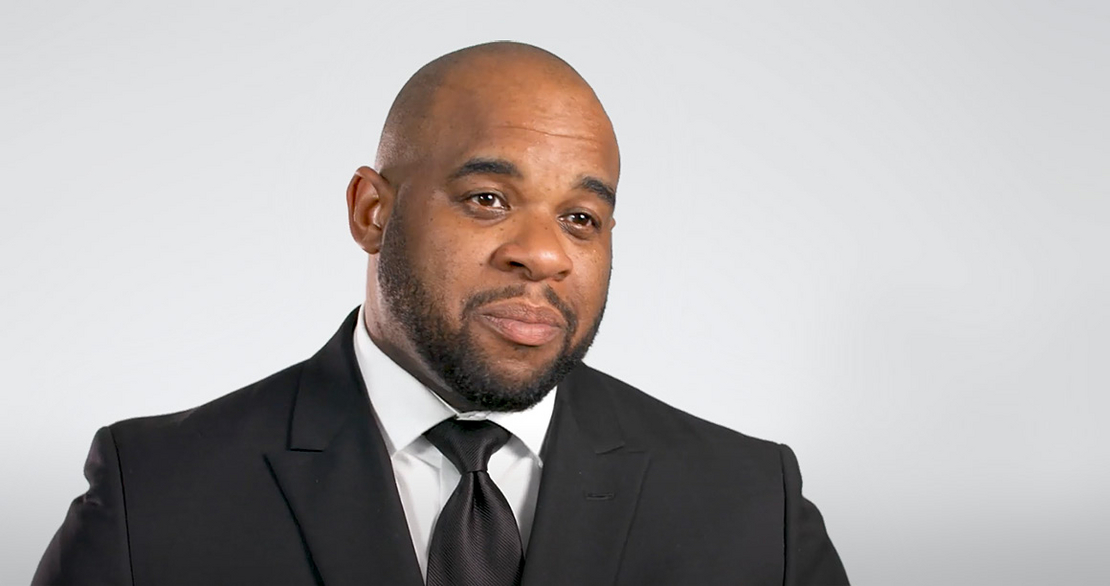 Willie Phillips, President Biden’s nominee to serve as the next member of the Federal Energy Regulatory Commission, has been an established figure in Washington for more than a decade. But it wasn’t always that way.

Growing up outside Mobile, Ala., Phillips — who is currently chair of the Public Service Commission of the District of Columbia — was painfully familiar with an issue that has been at the forefront of utility regulatory issues during the coronavirus pandemic: utility shut-offs.

At a hearing before the D.C. Council in 2018, after Mayor Muriel Bowser reappointed him to the PSC, this time as chair, he recalled doing his homework as a kid “with a flashlight” when his family’s electricity service was cut off because of a missed payment.

“I know exactly what it feels like to go without utility service until the next paycheck and to wake up in the freezing cold because we could not afford natural gas,” Phillips, a Democrat, told members of the council.

Today, Phillips will have another opportunity to discuss his background and credentials as an energy regulator, this time before the Senate Energy and Natural Resources Committee regarding his nomination to FERC. The agency, which oversees the bulk power system and approves interstate natural gas pipelines and other large energy projects, is in a position to accelerate — or stall — the U.S. transition to carbon-free electricity. Yesterday the Senate committee’s chair, Sen. Joe Manchin (D-W.Va.), released a statement saying, "Willie Phillips is supremely qualified and he will be a tremendous addition to the commission."

Those who’ve worked with Phillips, 43, say he’s motivated by a desire to serve the public, influenced in part by his background and that he cares deeply about climate change. They describe him as affable and a good listener, with a knack for talking to anyone about anything.

As a regulator at the PSC since 2014, he approaches issues with a desire to understand all perspectives, even as he remains connected to the “human side” of energy services, said Sheryl Osiene-Riggs, president and CEO of the Utilities Technology Council.

His critics, however — including many local environmental groups in Washington — say he hasn’t shown a strong commitment to addressing climate change throughout his time at the PSC, a pattern they hope won’t continue if he’s confirmed to FERC. While Phillips has spoken with pride about the district’s aggressive clean energy goals, including the target of 100 percent clean electricity by 2032, critics say he has taken few steps to push the local electric utility toward achieving that goal.

Advocates have also been frustrated with his oversight of the district’s natural gas provider. Last December, the commission approved an order — with Phillips’ support — that greenlighted a pipeline replacement program for the city’s natural gas system extending through 2054. Climate advocates say it will lock in natural gas infrastructure at a time when the city should instead be exploring pathways to transition away from gas heating and appliances.

“Phillips has a good-looking agenda. It gets high marks on appearance,” said Larry Martin, who spearheads the Grid 2.0 Working Group, a D.C.-based environmental coalition. “But behind the scenes, it’s not advancing the clean energy transition.”

For his part, Phillips — who declined to comment for this story — has previously confronted the criticism head-on. In his view, serving as a utility regulator is a balancing act that requires careful consideration to the needs of consumers, environmental impacts, reliable power and the financial health of energy providers, he said during his confirmation hearing to become PSC chair in 2018.

“I recognize the regulatory contract that was struck between public utilities and ratepayers to allow a reasonable rate of return on proven utility investments, and in exchange, utilities must submit to regulatory oversight,” Phillips said at the time.

From Boy Scout to lawyer

Years before his appointment to the PSC, Phillips was raised by a single parent in Daphne, Ala., a predominantly white community of about 26,000 people along the Gulf Coast of Alabama, according to two longtime friends.

Growing up, he was active in the regional Boy Scout troop, having earned the rank of Eagle Scout in 1996. To earn his Eagle Scout badge, a young Phillips “built gates for a garbage receptacle” at an affordable housing complex for older adults in Fairhope, according to a yearbook for the local troop.

Phillips went on to attend the University of Montevallo, the only public liberal arts college in Alabama, where he majored in social sciences and served as president of the Student Government Association. Shortly thereafter, he moved to Washington and took a job as deputy press secretary for Sen. Jeff Sessions (R-Ala.), one of the most conservative members of the Senate who also served as attorney general under former President Trump. He then went on to attend Howard University School of Law, interning at one point for the Office of General Counsel under former President George W. Bush from November 2004 to May 2005.

“[From] what I could tell, his focus was always on helping disadvantaged people and minorities through public service,” said Anthony Santagati, a friend who attended Howard during the same period in the early 2000s.

After graduating from Howard in 2005, Phillips worked at two well-known energy law firms: Balch & Bingham in Alabama and then Van Ness Feldman in Washington. At both firms, he advised utility companies.

At Van Ness Feldman, Phillips proved to be a “people person” and an astute follower of politics with potential political aspirations of his own, said Douglas Smith, partner and co-chair of Van Ness Feldman. At the firm, Phillips worked with gas companies and FERC-regulated electric utilities on issues ranging from electric reliability to hydropower licensing, Smith said.

Phillips left the firm in 2010 to join the North American Electric Reliability Corp. as an attorney, eventually becoming assistant general counsel. The nonprofit is overseen by FERC to ensure the reliability of the electric power system.

At NERC, Phillips would have seen up close the challenges around coordinating natural gas supplies and the electric power system. Regulators have identified greater coordination between the two sectors as a major priority after the Texas energy crisis last winter, when gas and electric utilities were badly out of sync and led to deadly outages (Energywire, Sept. 24).

"I view many regulatory issues through the prism of reliability," Phillips told the D.C. Council during the 2018 hearing.

Phillips may be the first commissioner in recent times to have worked at NERC, said former FERC Commissioner Colette Honorable. “I think it’s highly unusual, quite frankly,” she said.

Phillips’ nomination to FERC comes at a busy and potentially transformative time for the bipartisan commission. If confirmed, Phillips would give Democrats an edge, potentially making it easier for Chair Richard Glick to carry out his agenda, which includes reforms to modernize the electric transmission planning process and to evaluate proposed natural gas projects’ climate-warming emissions.

Phillips’ record at the PSC is part of why his nomination to FERC has split energy groups. Although some national organizations like the Edison Electric Institute and Electric Power Research Institute have called for Phillips’ swift confirmation to FERC, the Center for Biological Diversity, Food & Water Watch and environmental justice groups are wary of what they view as Phillips’ deference to utility and energy companies when it comes to consumer issues and climate change.

In 2016, for example, Phillips voted in favor of a $6.8 billion deal to merge Exelon Holdings and Pepco, which created the largest electric utility in the country, The Washington Post reported at the time. Phillips and the other commissioners unanimously rejected an earlier merger proposal from the companies in 2015, but the majority of commissioners found a modified plan to be in the public interest (Energywire, Aug. 26, 2015).

Opponents of the 2016 merger order included D.C.’s attorney general, environmental groups and the Office of the People’s Counsel, who generally felt that the plan lacked sufficient protections and benefits for consumers.

“Rather than accepting [our] carefully negotiated and balanced settlement agreement that we believe provided maximum benefits to District residents, the PSC proposed alternative terms for the merger against the opposition of the District and most parties involved,” Attorney General Karl Racine (D) said in a statement in 2017 that announced his intent to appeal the order.

The District of Columbia Court of Appeals, however, upheld the PSC’s decision.

Consumer advocacy groups have also questioned Phillips’ record. Earlier this year, for example, the PSC approved a $108 million rate increase through 2023, the first time the commission approved an increase of over $100 million, according to the Office of the People’s Counsel, which opposed the plan.

Despite his support for those orders, allegations that Phillips is close to “utility personnel” are inaccurate, said Greer Gillis, who served on the PSC alongside him from 2018 to 2020. In fact, understanding the business model of utilities is important for state — and federal — regulators, especially considering that the model may need to change “to get us to a cleaner future,” Gillis said.

“I see that as a value,” Gillis said.

Still, environmental groups who’ve been frustrated with Phillips’ leadership argue that the PSC has overlooked opportunities where it could have taken a more proactive approach to carrying out the district’s clean energy goals.

Last December’s order approving a three-decade-long pipeline replacement program was a good example, said Mark Rodeffer, vice chair of the D.C. chapter of the Sierra Club. While the gas plan includes a new methane leak detection program that earned praise from the Environmental Defense Fund, the Sierra Club was disappointed that the order lacked provisions to advance building electrification.

“The best way to avoid methane leaks is to not have methane pipes,” Rodeffer said. “We don’t think that spending all of this money replacing pipes to carry methane is the best way to deal with methane.”

Yet national clean energy trade groups, including the American Council on Renewable Energy, have supported his nomination, and others say he has been a leader on diversity issues within the energy industry, including at the PSC. In 2019, for example, the PSC established an advisory council to improve diversity and inclusion in the energy and utility industries in D.C., which Phillips has said is the first in the nation.

If confirmed at FERC, Phillips would not only bring racial diversity to the currently all-white commission, but also a unique perspective from having served as a regulator in an entirely urban area, Gillis said. Given that D.C. is not a state, the commission often partners with neighboring jurisdictions, yet faces its own unique challenges when it comes to modernizing its electric grid, she said.

“He brings that diversity to FERC that I don’t think has been there before,” Gillis said. “He’s going to be asking questions about things many of the former state commissioners who were nominated to FERC may not have even considered. I think that’s going to be a plus.”