What’s in a name? At Yosemite, maybe it’s money 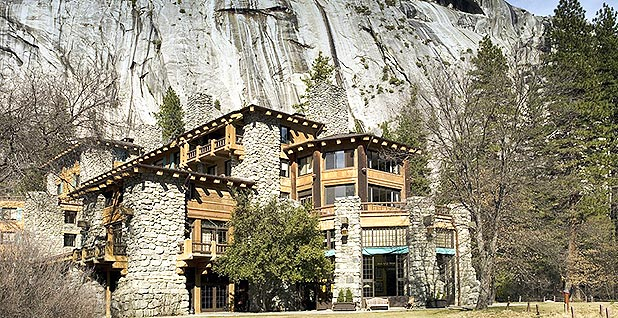 The government is battling over trademarked names at Yosemite National Park, including this hotel. Skeeze/Pixabay

Justice Department attorneys are pushing hard — and facing renewed resistance this week — as they probe how a major concessions company placed a dollar value on trademarked names at Yosemite National Park.

In a court contest closely watched by concessions industry leaders, a former Yosemite concessionaire urged a judge yesterday to reject the government’s demand for depositions and documents concerning an intellectual property assessment.

"They improperly seek irrelevant information," attorneys for a subsidiary of Delaware North stated in a filing with the U.S. Court of Federal Claims, adding that it includes "information protected by the attorney-client privilege."

So far, neither side appears willing to give an inch. One of the government subpoenas being fought over this week was served almost a year ago, and another was issued last January.

At issue, in part, is a disputed assessment from 2010 that pegged the value of Delaware North’s Yosemite-related trademarks at $44 million. The 183-page report, prepared by CONSOR Intellectual Asset Management, evaluated the commercial worth of names including Badger Pass, Curry Village and the famed Ahwahnee hotel.

The government contends the trademarked names are valued closer to $1.6 million.

"As the Yosemite case has demonstrated, putting a price on intellectual property is a fairly sophisticated process," Derrick Crandall, counselor to the National Park Hospitality Association, said in an interview today.

Prompted by the Yosemite trademarked-names conflict, the National Park Service asked all concession companies for a list of their trademarks and their estimated values. Crandall said companies have delivered the names but not their values, which can be difficult to estimate.

Crandall said NPS also asked concession companies to agree to hand over their intellectual property when contracts expire, which companies have not done.

"We hope that discussions will occur," Crandall said.

For its part, NPS calls concessionaires "a partner in park operations," and notes that more than 500 concession companies "fill a vital role in helping the National Park Service carry out its mission."

"The Yosemite names were not all originally trademarked by Delaware North," the company declared in a statement earlier this year. "Many were registered by our predecessor, the Curry Company, and acquired by Delaware North as a requirement of our 1993 contract with NPS."

The two sides are now grinding through discovery, which is scheduled to end next June. At that point, an Aramark Corp. subsidiary — Yosemite Hospitality LLC — will be more than two years into its 15-year concessions contract (Greenwire, Aug. 17).

Following preliminary skirmishing, and a judge’s decision dismissing one of the government’s defenses, the Justice Department on Oct. 17 filed a motion to compel production of documents and deposition testimony. The government’s motion is currently sealed from public view.

The company previously gave NPS a copy of the 2010 CONSOR report, but the government wants more.

The attorneys added that the 2010 report is now irrelevant, as Delaware North is "not relying on the outdated 2010 CONSOR Report … to establish the fair value of the trademarks at issue in this case."