What’s in and what’s out of final defense bill 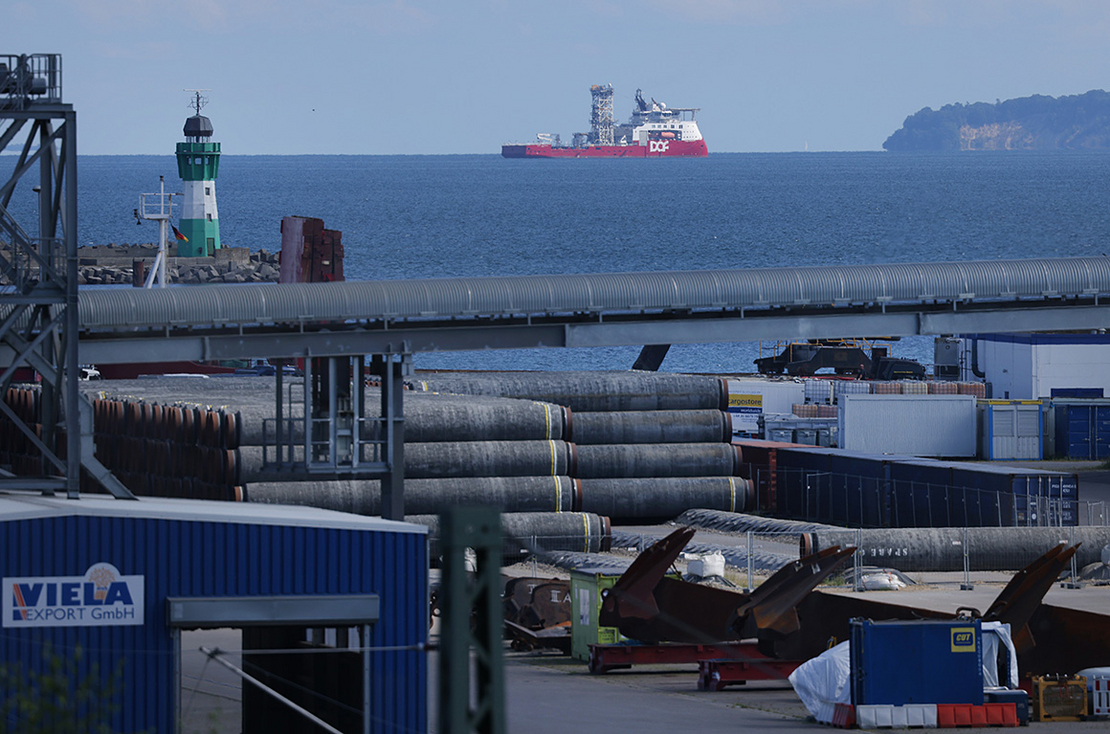 House and Senate negotiators worked for weeks to develop the nearly $800 billion compromise. And even though the Senate delayed taking up its version, which then stalled, negotiators bypassed that process to make sure the bill passes before the end of the year.

Many environmental provisions made the cut, including related to chemical cleanup, toxics, and climate change resilience and preparedness.

Bypassing the Senate means lawmakers there didn’t get votes on several controversial amendments, including to impose new sanctions against the Nord Stream 2 natural gas pipeline. The final bill includes none.

Because the final product is not the product of a conference committee, lawmakers may seek to amend it. However, that’s not something Democratic or Republican leaders are expected to allow.

"Any changes or additions to the text will likely cause the bill to fail in the House or Senate," said House Armed Services ranking member Mike Rogers (R-Ala.). "That would be a disaster for our service members and their families."

Shaheen’s language would also set a two-year deadline for the Department of Defense to assess all sites for contamination, and would require the department to report on the status of cleanup at 50 high-priority PFAS sites across the country (E&E Daily, July 23).

PFAS, a family of chemicals with some linked to harmful health effects like cancers, has long been used in military firefighting foam. Shaheen, and a host of other lawmakers, have repeatedly used the NDAA process to address concerns.

Also in the bill is modified language from Sen. Ben Ray Luján (D-N.M.) to require the Air Force to submit a report on the branch’s actions around acquiring and remediating PFAS-contaminated properties (E&E Daily, Nov. 29).

Negotiators adopted part of an amendment from Rep. Elissa Slotkin (D-Mich.) to impose a moratorium on the incineration of materials containing PFAS until DOD implements interim guidance from EPA. Activists have been concerned that current incineration techniques may be spreading harmful PFAS down wind.

Rep. Mike Levin (D-Calif.) championed a provision tasking the Pentagon with making the results of PFAS testing on drinking or groundwater at bases or nearby communities publicly available.

Overall, the final bill would add $517 million above the president’s budget request for cleaning up military communities impacted by PFAS contamination. Another $100 million would go to base closure and realignment accounts for environmental remediation.

A provision included in the House bill introduced by Slotkin would have required DOD to meet the most stringent standard for level of contamination, including those set by states, when conducting PFAS cleanups. It did not make the final cut.

The final NDAA would require the Navy to conduct a detailed inspection of the Red Hill Bulk Fuel Storage Facility located at Joint Base Pearl Harbor-Hickam in Hawaii. The Navy confirmed that water supplies at the base were contaminated with petroleum from the underground fuel stockpile and recently shut down the facility.

The final bill would also prohibit the use of open-air burn pits during overseas military operations unless an exemption is issued by DOD. Existing burn pits, a method of trash disposal in war zones, are scheduled for shutdown, the Pentagon has said.

Burn pits have been linked to health problems, and a Senate amendment from Sen. John Boozman (R-Ark.) to study the prevalence of breast cancer among exposed veterans made the compromise bill (E&E Daily, Nov. 29).

Also in are Senate provisions to authorize funding for nuclear cleanup programs and a DOD report on the impacts of climate change on the Runit Dome nuclear waste disposal site in the Marshall Islands.

Many lawmakers were hoping to expand and extend the Radiation Exposure Compensation Act, but the bill only includes a sense of Congress supporting compensation for people affected by nuclear weapons testing and unregulated uranium mining.

House-approved sanctions on the Nord Stream 2 pipeline from Russia to Germany did not make the final bill, even with international political pressure building as Russia President Vladimir Putin amasses military forces near the Ukraine border.

The soon-to-be-completed pipeline, which connects Russia to gas-buying countries in Western Europe, has avoided new, tougher sanctions as the White House looks to improve relations with Germany.

Some Senate Republicans delayed passage of the NDAA last month to demand a vote on the issue. Leaders eventually agreed to vote on a GOP-led amendment, but then controversy turned to demands from Sen. Marco Rubio (R-Fla.) to prevent Chinese imports made with forced labor.

Rubio’s version, S. 65, already passed the Senate. Solar energy components are among the products of concern.

Public land and wilderness bills — including the "Colorado Outdoor Recreation and Economy (CORE) Act," H.R. 577 and S. 173, and two measures introduced by the California senators, S. 1459 and H.R. 1075 — were entirely left out of the defense package.

The final bill would adjust a House NDAA provision that would have required new DOD construction of any building larger than 5,000 gross square feet to achieve energy, water and waste net-zero by 2035. The new language would require at least 10 percent of major military installations to achieve net-zero requirement by 2035.

The NDAA would push DOD to establish an initiative on long-duration energy storage technologies and to pilot software that tracks real-time emissions from installations. DOD would also have to submit a plan to reduce emissions in line with science-based targets by Sept. 30, 2022.

The compromise would require DOD incorporate climate change and extreme weather into the core of its processes. That includes the Pentagon producing a climate resilience mission impact assessment and a reoccurring report on the strategic and operational impacts of extreme weather.

Plus, a Senate provision would authorize a temporary program to demonstrate the feasibility of separating critical minerals and rare earth elements from coal byproducts, like coal ash, and acid mine drainage to supplement DOD material needs.

The compromise bill includes language that would require an annual report on the nation’s industrial base vulnerabilities related to climate change and potential cyberattacks.

Click here for a summary of the final NDAA.