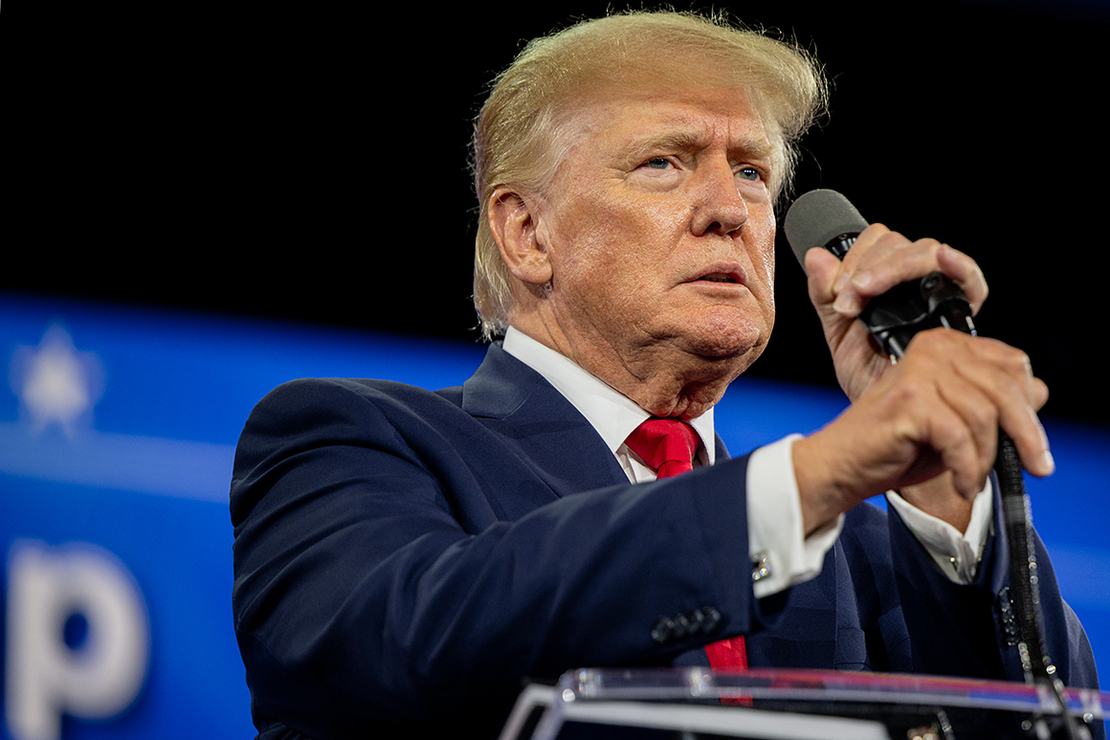 A bright red, boldfaced fundraising email from former President Donald Trump recently vowed to “Drain the Swamp” by promising to revive an inconspicuous yet far-reaching policy.

“When I was in the White House, I took executive action with Schedule F to make it possible to fire federal employees who are bypassing our democracy to advance wokeism and corruption,” said the former president.

People close to Trump want to resurrect the policy if he takes back the White House following the 2024 elections, according to reporting by Axios. Political appointees would be able to deploy Schedule F to target bureaucrats disloyal to the president.

The controversial policy was years in the making during the previous administration but only promulgated toward the end of Trump’s time in office. President Joe Biden withdrew it last year.

Schedule F, in other words, never got widespread use. That could change if voters return Trump and his entourage to power.

“I think it’s clear from the statements that the President Trump and some of his followers like Steve Bannon are making that they would like to destroy the federal government,” Sen. Tim Kaine (D-Va.) told reporters last month.

“It’s just one more reason why people can’t be asleep at the switch and they have to act very strongly to make sure that the Democrats retain the houses and that we are in a strong position going into 2024.”

In late 2020, Trump directed federal agencies to create a new classification to remove civil service and due process protections.

Most agencies ignored the edict, with the exception of the White House Office of Management and Budget, led between 2018 and 2020 by Russ Vought, who quickly sought to reclassify nearly all his staff.

Vought now runs Center for Renewing America, a conservative think tank dedicated to advancing Trump policies. He touted Schedule F as a way to make hiring and firing easier in a bogged-down government.

EPA has been known to have a particularly defiant staff, he said.

“No one I spoke to who served at EPA had anything good to say about EPA career staff,” said Sherk.

He said career employees should be allowed to share different viewpoints but ultimately must faithfully execute political decisions.

“It is not their place to say, ‘We hate this policy, and we are going to withhold information from you to obstruct it.’ Or ‘We are going to slow walk this regulation or write it so badly it’ll never withstand judicial review.’ That type of misconduct cannot be tolerated.”

Democrats and other Schedule F opponents say it could have detrimental implications for good government by allowing political leaders to get rid of tens of thousands of people who work on policy and science.

Connolly, in a Washington Post op-ed last month, called it “a direct threat to democracy and the rule of law.”

Connolly worked with Rep. Brian Fitzpatrick (R-Pa.) on H.R. 302, “Preventing a Patronage System Act,” to keep an administration from replacing career workers with ideological allies. The bill was the foundation for the NDAA amendment.

“Both Democrats and Republicans have been supportive of policies that go right up to Schedule F,” she said, naming exemptions to civil service and discretion of political agency heads. “There are very few heroes in this story.”

Kaine and Sen. Dianne Feinstein (D-Calif.) in early August introduced a similar bill, S. 4702, that would protect the merit-based hiring system for the federal workforce.

Kaine said in a press release that Trump’s plans could increase the number of political appointees to about 50,000 — up from the current 4,000.

An earlier version of innovation and technology legislation that Biden signed into law included broad language for the vast hiring of scientists. Making it easier to hire also makes it easier to fire, said Simon, and could open the process to abuse. The union managed to get the language struck from the bill.