What’s next after super-gluing yourself to the Capitol? 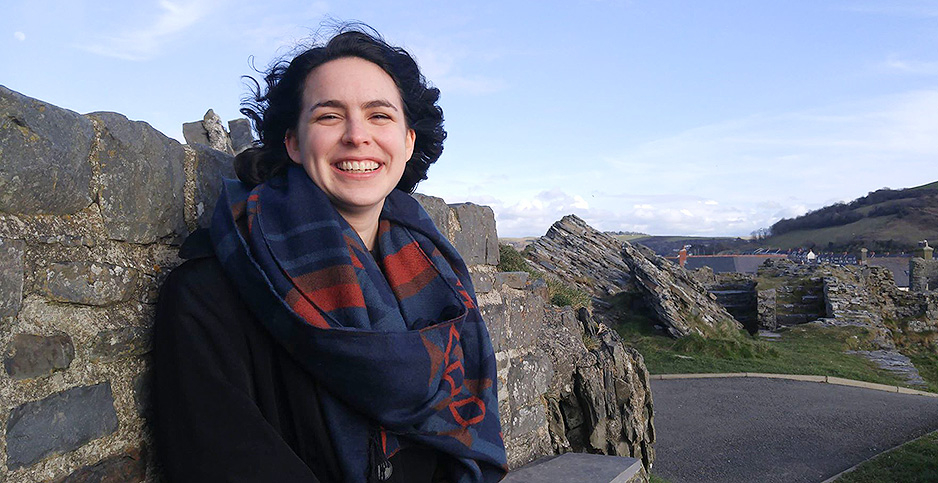 Kaela Bamberger is an organizer with Extinction Rebellion D.C., a group calling on Congress to declare a climate emergency. Courtesy of Bamberger

A dramatic scene unfolded last week when protesters super-glued themselves to the walls of the U.S. Capitol, drawing a crowd of curious lawmakers and reporters.

Their demand: that Congress pass a resolution to declare climate change a national emergency.

Kaela Bamberger was in the thick of the action.

The 27-year-old is an organizer with the group Extinction Rebellion, which has emerged as a vocal — and highly visible — advocate for the climate resolution from Reps. Earl Blumenauer (D-Ore.) and Alexandria Ocasio-Cortez (D-N.Y.). The group has made waves in the United Kingdom for over a year but is a relative newcomer to climate advocacy in the United States.

"This type of action is necessary because other methods of trying to make change have failed," Bamberger said in a recent interview.

"You know, petitions and office visits — that hasn’t worked," she said. "And so we are compelled to take drastic action because this issue is so urgent and so drastic itself."

The protests last week led to the arrest of 17 people. Nine were charged with incommoding, or obstructing an area after being asked by a law enforcement officer to stop.

In addition to volunteering for Extinction Rebellion, Bamberger works as a research associate at Oil Change International, a group that says it’s devoted to "exposing the true cost of fossil fuels."

The Albany, N.Y., native and recent Fulbright scholar spoke with E&E News this week about the need for bold climate action, the varying reactions from lawmakers and the difficulty of getting super glue off.

Why did Extinction Rebellion decide to form a D.C. chapter?

Well, Extinction Rebellion started in the United Kingdom. And in November 2018, they did a large blockade in London that sort of catalyzed the internationalization of the group. So then a U.S. chapter formed, and a D.C. chapter formed at the same time.

I think D.C., as the capital city of the United States, is a crucial city to be included in Extinction Rebellion’s network. And the D.C. chapter is working to make sure that it’s a meaningful participant and initiator of our strategy.

How many members does the D.C. chapter have?

No. All of us are unpaid volunteers. We all do it on our own time. So yeah, I have a day job.

What drew you to Extinction Rebellion?

So I’m personally not one for confrontational actions. In the past, I kind of shied away from that. But I was drawn to Extinction Rebellion because I feel very strongly that we have a limited amount of time to take meaningful action on climate change. And I think its tactics, which are nonviolent civil disobedience, are the most strategic approach.

Why did members of the D.C. chapter super-glue themselves to the U.S. Capitol walls last week?

Our members chose to super-glue themselves to key passages in the building on July 23 in order to demand that Congress pass a resolution to declare climate change a national emergency. The resolution was introduced on July 9 and delegated to committee, and now it remains idle in committee.

We were actually blocking the passageway from a House office building to the Capitol building just ahead of a vote in the Capitol building. So the point was to block members of Congress from being able to go about their normal activities in order to make the point that this resolution should be the top priority, that nothing should be as important.

Why did the group opt for a type of nonviolent protest?

This type of action is necessary because other methods of trying to make change have failed. You know, petitions and office visits — that hasn’t worked. And so we are compelled to take drastic action because this issue is so urgent and so drastic itself.

How many people were arrested that day?

Did any lawmakers offer their support for the protest?

So we did not coordinate with any lawmakers prior to the action. But because of the location of our action, we did interact with a fair number of lawmakers. Rep. Alexandria Ocasio-Cortez was one person who thanked us for our action while it was going on. [Rep. Maxine Waters (D-Calif.)] celebrated our action. [House Oversight and Government Reform Chairman Elijah Cummings (D-Md.)] gave us a positive reaction.

Were there any lawmakers who had a negative reaction?

I think some lawmakers reacted in an annoyed way. One group member’s hand was ripped off the wall by [Rep. Bob Gibbs (R-Ohio)] as he tried to pass through the blockade. Interestingly, Bob Gibbs takes campaign contributions from an energy company that is suing activists who are trying to prevent energy injustice in their communities. The company is lodging something called SLAPP lawsuits, or strategic lawsuits against public participation. So that’s an interesting side note. But yeah, there were some people who didn’t appreciate our participation, for sure.

Was the super glue hard to get off afterward?

The glue was used to strengthen the blockade. Ultimately, the glue required a solvent to get it off.

Is there precedent in other countries for declaring climate change a national emergency?

If the U.S. Congress declared climate change a national emergency, what would be accomplished?

It would demonstrate that Congress is recognizing the gravity of this issue and acting accordingly. And at the very least, just bringing this resolution to a vote would have all the lawmakers on record about how seriously they’re taking this issue. That would serve as an accountability measure.

Perhaps most importantly, recognizing climate change as a national emergency would be a doorway into the rapid societal changes that are needed to address the climate crisis. We often use the metaphor of a World War II-style mobilization. That rapid mobilization was possible in the 1940s because there was a perceived existential threat to American lives and values. So I think that conceptually, it’s very, very important for climate change to be understood as an emergency in order to address it with the necessary speed.

What’s your day job when you’re not volunteering for Extinction Rebellion?

I work for an organization called Oil Change International, which is focused on supply-side research and advocacy, meaning it’s focused on the fossil fuel industry and the ways in which it has power in politics in the U.S. and abroad.