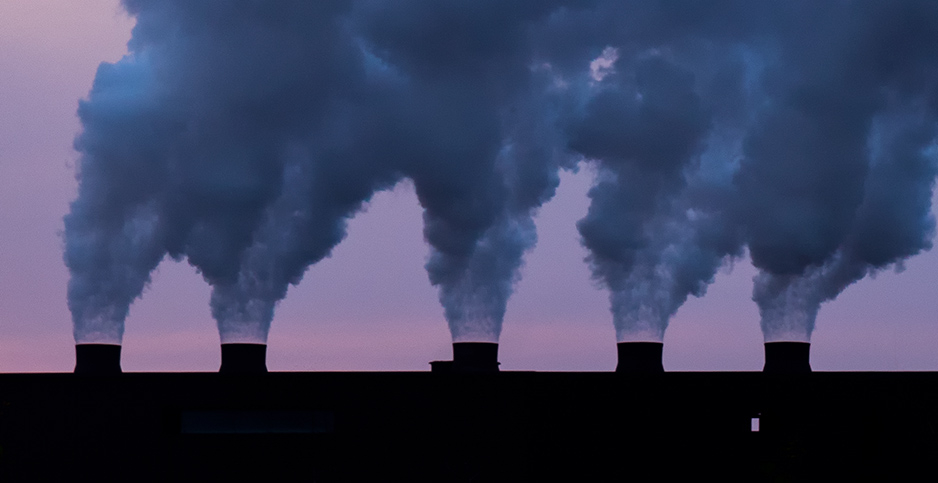 EPA Administrator Andrew Wheeler today proposed leaving national soot standards unchanged at least through the middle of the next decade as he questioned the reliability of scientific research suggesting that tighter limits are needed to save lives.

"There’s still a lot of uncertainty" surrounding that research, Wheeler told reporters on a conference call announcing his decision to leave the 2012 standards on fine particulate matter in place. Wheeler said he considered "the latest scientific evidence and analysis," as well the recommendations of an EPA advisory panel that favored the status quo despite the conclusions of agency career staff.

"We believe that the current standard is protective of public health," Wheeler said.

While Harvard University researchers recently linked long-term exposure to slightly increased levels of fine particles to sharply higher death rates during the COVID-19 pandemic, Wheeler noted that their work had not yet undergone peer review. He also questioned the authors’ impartiality after they criticized the agency’s decision to relax enforcement because of the outbreak (Greenwire, April 7).

While the study is "certainly interesting," Wheeler said, "I think it’s premature to draw any conclusions."

His preliminary decision to keep the existing particulate matter standards, incorporated in a proposed rule also signed today, was expected. It marks a major win for business groups that oppose stricter standards and point to broader improvements in air quality over the years (Greenwire, April 14).

Environmental groups, however, charged that the status quo proposal ignores the findings of career employees that a tighter annual limit is needed to prevent thousands of premature deaths. They questioned the truncated review process used.

"EPA must withdraw this rule and replace it with a proposal that tightens the standards to be consistent with the latest scientific knowledge," Hayden Hashimoto, an attorney with the Boston-based Clean Air Task Force, said in a release.

"Today’s announcement is a callous refusal to fulfill EPA’s duty to protect human health and the environment, and yet another failure of leadership from the Trump administration," Pallone said. "The health and lives of more Americans will be needlessly put at risk because of it."

Under a fast-track schedule set two years ago, Wheeler plans to issue a final verdict by December. The draft rule will carry a 60-day public comment period when published in the Federal Register.

Fine particulate matter, technically known as PM2.5 because it is no bigger than 2.5 microns in diameter, or one-thirtieth the width of a human hair, is linked to a variety of lung and cardiovascular problems, including a higher risk of premature death in some circumstances.

Under the Clean Air Act, PM2.5 is among a half-dozen pollutants for which EPA is supposed to review its National Ambient Air Quality Standards every five years to determine whether any changes are needed, based on research into their health and environmental effects.

The current review of the particulate matter thresholds effectively got underway in 2015; under an official schedule, it had originally been set for completion in 2022. Under the accelerated timetable set two years ago by Wheeler’s predecessor, Scott Pruitt, the deadline was pushed up to 2020 on the grounds that EPA needed to do a better job of complying with the five-year review cycle. With the help of a membership policy that now bars researchers who receive agency grants, Pruitt and Wheeler also reshuffled the Clean Air Scientific Advisory Committee, the seven-member panel charged with providing outside expertise during the reviews.

Under the chairmanship of Tony Cox, a Denver-based consultant who has done work for the petroleum institute and other industry groups, the committee, usually known by its acronym CASAC, has played a critical role in the assessment of the particulate matter limits. Last year, it voted to override the preliminary findings of career employees that a stronger annual exposure limit was needed (Greenwire, Dec. 4, 2019).

Cox and other committee members said the research underlying those findings was inconclusive. Wheeler, who in 2018 also dismissed an auxiliary group of scientists that had been providing added know-how during the review, repeatedly cited CASAC’s conclusions during this morning’s call.

Wheeler "has rigged this process to get the result he wanted," Gretchen Goldman, research director at the Union of Concerned Scientists’ Center for Science and Democracy, said in a statement. "This decision comes as no surprise, but it’s appalling nonetheless."

In response, Wheeler said today that Cox and other CASAC members were vetted for conflicts of interest, adding that they had all approached the review "with the highest scientific integrity, and I have no reason to discount any of the advice that they’ve given me." As he has in the past, Wheeler described his October 2018 decision to dismiss the auxiliary panel as a streamlining move prompted by EPA’s chronic failures to meet the five-year deadline laid out in the Clean Air Act.

Based on that time frame, he said, "we have to take a snapshot based on the science that we have and the recommendations that the administrator receives both from the staff as well as CASAC."

Under an alternative review underwritten by the Union of Concerned Scientists, the auxiliary panel of scientists regrouped unofficially last fall and called for tightening the yearly standard to somewhere between 8 and 10 micrograms per cubic meter of air, accompanied by a reduction in the daily limit to something in the range of 25 to 30 micrograms.