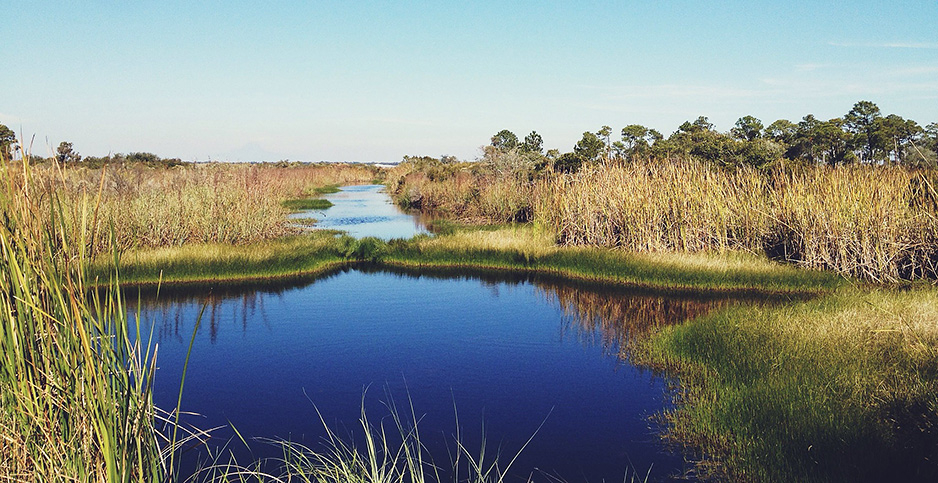 EPA Administrator Andrew Wheeler today approved Florida’s bid to become the third state in history to take over wetland regulation under the Clean Water Act and called on other states to do the same.

Flanked by Florida water regulators and the state’s House Republicans, Wheeler during a webcast signed off on a memo approving the state’s assumption. Noticeably absent was Interior Secretary David Bernhardt, who was scheduled to attend but has tested positive for COVID-19 (see related story).

Wheeler said Congress originally envisioned states assuming responsibility when creating the program under Section 404 of the Clean Water Act, through which permits are approved for dredging and filling materials that end up in waters of the United States, including wetlands.

"I strongly encourage other states to take advantage of this opportunity and move forward with their own applications to EPA to assume authority under 404 that Congress intended states to assume," Wheeler said.

Developers of real estate, energy projects, agricultural activities, shoreline restoration and even boat ramps use the program to obtain permits for discharging dredge or fill material into wetlands and streams that fall under federal jurisdiction. Developers of projects that affect state and federal jurisdictional wetlands or surface waters must currently obtain both a state permit and a Section 404 dredge or fill permit (Greenwire, Oct. 13).

Under the Clean Water Act, states or tribes can seek to take over permitting and administering the Section 404 program. Before approving such a request, EPA must determine if a state has a sufficient program to implement and enforce the federal 404 permitting program.

To date, only Michigan and New Jersey have done so. The Army Corps of Engineers retains permitting authority throughout the rest of the country, and EPA reserves the power to veto those permits.

Environmental groups opposed to the state’s takeover say the move was rushed through before President-elect Joe Biden could take office and will mainly benefit developers while further burdening state regulators still reeling from the financial effects of the COVID-19 pandemic.

Some groups are also questioning the state and EPA’s assertion that the program will be as strict as the current federal regulations.

"The fact is that Florida’s proposed program to take over wetlands permitting doesn’t comply with federal environmental laws," said Tania Galloni, Earthjustice’s attorney for Florida. "It’s about destroying wetlands faster and cheaper at a time when we need more protection, not less. We’re considering our options."

While details are still emerging, the Army Corps’ Fisher today noted that the agency sat down with the state of Florida in the past to determine which waters the state would oversee should it assume wetland regulation.

But Michelle Diffenderfer, an attorney the Seminole Tribe of Florida, said the list does not include tribal land and appears to be incomplete and that she’s focused on a map the Army Corps and the state of Florida are finalizing, which outlines which areas the federal government will retain.

Diffenderfer said the Seminole Tribe wasn’t consulted about the map by the Army Corps, EPA or the Bureau of Indian Affairs, and she looks forward to those discussions.

The Miccosukee Tribe of Indians of Florida in a statement said it is "deeply appalled about the loss of culturally sensitive sites" and their way of life, which is entwined with the fate of the Everglades. "The Miccusukee retain certain rights in Everglades National Park, Big Cypress National Preserve and Water Conservation Area 3 A" under federal law, it said. The tribe said it appears the state will take over 404 permitting in such "sensitive areas to the potential detriment of the greater Florida Everglades ecosystem."

Environmental groups are also concerned about what the decision means for the Everglades.

Jason Totoiu, a senior attorney with the Center for Biological Diversity, said the Army Corps, by law, would maintain oversight of major waterways, but questions surround wetland systems in and near the Everglades that could be vulnerable to development.

"The Everglades is part of this greater system that flows just south of Orlando to Florida Bay, so some of those wetlands are protected [within national park boundaries]," he said, "whereas others are adjacent to those areas and are still considered part of that ecosystem but might be privately held or state held."

Valenstein said he has more than 200 staff members dedicated to wetlands permitting, and their ability to oversee wetland permits will speed up not only private development but also restoration projects, including those to deal with algal blooms stemming from the waters of Lake Okeechobee.

The $1.8 billion reservoir, for which work has begun, is critical to preventing toxic algal blooms on the state’s east and west coasts that are fueled by discharge of overfertilized water from Lake Okeechobee into the Caloosahatchee River and the Indian River Lagoon when heavy rains threaten to push the lake to flood stages (E&E Daily, May 18).

The presence of more than half a dozen Florida Republicans at the event highlighted the politics behind the move, with House members applauding the Trump administration’s support and efforts to cut "red tape."

Republican Rep. Mario Diaz-Balart said Wheeler’s legacy would be felt for decades in South Florida, and that under the new structure, restoration projects to protect the Everglades will move ahead more quickly. Diaz-Balart’s 25th District stretches from the suburbs of Miami west along the northern border of the Everglades to communities east of Naples and Marco Island.

"As important as those big checks that we worked together for you to bring down to Florida, I think this is one of the potentially biggest things to happen in recent memory," said Diaz-Balart.