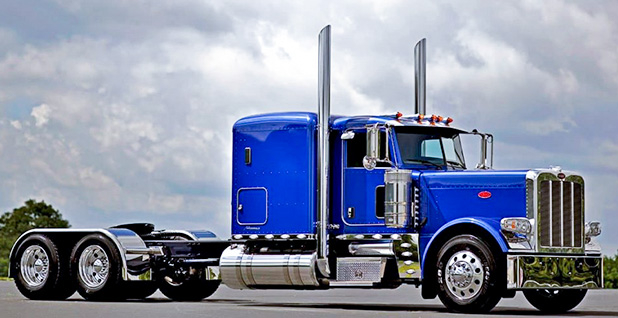 EPA has withdrawn its order on expanding a loophole for high-emission trucks. Fitzgerald Glider Kits

The unusual move, which was cheered by green groups, signaled that Wheeler is willing to depart from Pruitt’s deregulatory agenda in the face of a looming uphill legal battle.

In a three-page memo to his deputies, Wheeler said he was withdrawing the order on high-emission trucks known as glider kits.

The order, which was framed as a change in enforcement, would have effectively lifted a cap of 300 gliders per manufacturer for 2018 and 2019 (Greenwire, July 9).

That would have allowed companies to manufacture thousands of glider kits, which emit as much as 55 times the air pollution of trucks with modern emissions controls. In particular, gliders emit more nitrogen oxides and particulates, which are blamed for asthma, lung cancer and premature deaths.

In the memo, Wheeler noted that EPA suspends enforcement only in "unusual circumstances."

After consulting with agency lawyers, Wheeler wrote, "I have concluded that the application of the current regulations to the glider industry does not represent the kind of extremely unusual circumstances that support the EPA’s use of enforcement discretion."

Three environmental groups earlier this month asked the U.S. Court of Appeals for the District of Columbia Circuit to scrap the order (Greenwire, July 17). So did a coalition of Democratic attorneys general (Greenwire, July 20).

The court’s response was swift. A day after the green groups filed suit, it granted a stay of the order.

"This is a huge win for all Americans who care about clean air and human health," said Fred Krupp, president of the Environmental Defense Fund, in a statement.

"These super-polluting diesel freight trucks fill our lungs with a toxic stew of pollution," he said. "EPA’s effort to create a loophole allowing more of them onto our roads was irresponsible and dangerous."

Said Vera Pardee, senior counsel with the Center for Biological Diversity: "The utter lawlessness of Scott Pruitt’s gambit to foul our air with thousands of extra ultra-dirty trucks was obvious to all. Unfortunately, Andrew Wheeler didn’t stop Pruitt’s last-gasp mayhem until the court stayed his hand."

Sen. Tom Carper of Delaware, the top Democrat on the Environment and Public Works Committee, sent a letter to Wheeler this month urging him to "abandon legally questionable policies and proposals" such as the glider order.

"With Mr. Pruitt out, I’m glad to see EPA will reverse one of the most egregious — and likely illegal — environmental proposals of his tenure," Carper said yesterday.

Wheeler’s memo only addressed the change in enforcement. It remains to be seen whether Wheeler will also abandon the agency’s larger effort to repeal the glider rule, which had a fraught history under Pruitt.

On Nov. 20, 2017, EPA produced a report that found the emissions of gliders were 43 to 55 times higher than those of trucks with modern pollution controls.

The study that Pruitt cited is now the subject of an academic inquiry and has been disavowed by Tennessee Tech University, which produced it (Greenwire, Feb. 23).

Fitzgerald didn’t immediately respond to a request for comment this morning.