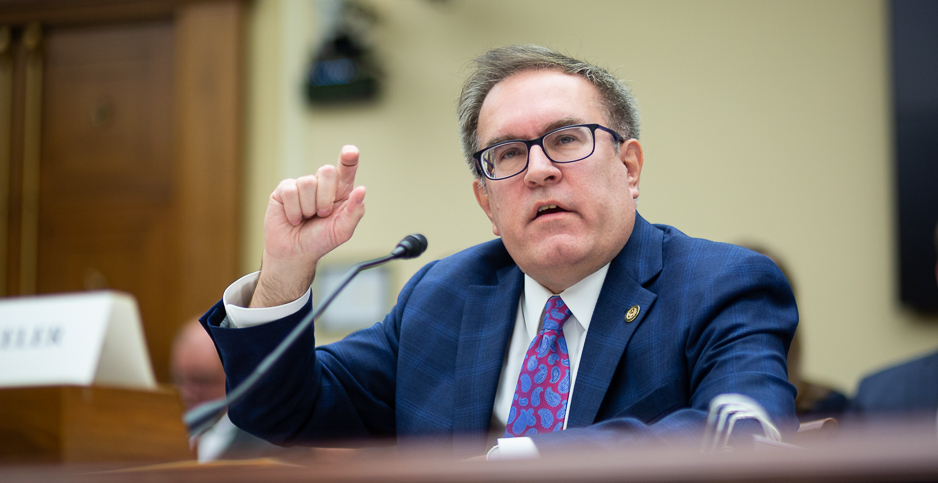 EPA is dropping plans to issue a final version this year of its divisive plan to limit the agency’s use of scientific studies in crafting major new regulations, Administrator Andrew Wheeler indicated at a congressional hearing this morning.

Instead, the agency will issue a supplemental proposal early next year, Wheeler told members of the House Science, Space and Technology Committee, adding that it will apply only to future rulemakings.

He again defended, however, the agency’s initial rationale for requiring only studies for which underlying data are available for "independent validation."

"I fundamentally believe that the more information we provide to the public, the better our regulations will be and the more they will trust our decisions," Wheeler said.

In an email, Gretchen Goldman of the Union of Concerned Scientists welcomed his decision to rethink the proposal, officially titled "Strengthening Transparency in Regulatory Science."

The group has been among a legion of critics who see the proposal’s actual purpose as limiting EPA’s ability to consider scientific evidence that might justify the need for stronger regulations.

"This was never legally or scientifically defensible," said Goldman, who is research director of the group’s Center for Science and Democracy. "Rather than finding ways to restrict the science EPA uses, Administrator Wheeler should focus on EPA’s mission of protecting public health and the environment," she said.

The agency received more than 600,000 public comments on the original proposal. Since the comment period closed last year, “I’ve had several briefings with my career staff on this,” Wheeler told reporters after the hearing when asked why EPA has now opted to proceed with a supplemental proposal.

“They raised a number of issues, I asked a number of questions back to them. They’re taking a look and they are going to come forward with a recommendation on a proposal,” he said.

While declining to “prejudge” what the supplemental proposal will look like, Wheeler said that agency officials decided the changes would be significant enough “that we need to have additional public comment.”

The original draft rule released in April 2018 under then-EPA Administrator Scott Pruitt had left large questions unanswered about how the planned regime would work in practice. As of this July, EPA employees appeared to be struggling to flesh out answers, according to responses provided to an independent panel, the Science Advisory Board, that is reviewing the original proposal (Greenwire, Aug. 28).

Asked about the issue today, Wheeler disagreed with that appraisal. “I would say the Science Advisory Board raised a number of issues that we’re looking at as well.”

“This is not something we’re trying to rush through,” he added. “We want to make sure we get this right.”

When EPA was putting together the original proposal last year, however, the White House regulations office completed a required review in a matter of days (Greenwire, April 26, 2018).

Wheeler slowed the pace considerably after becoming acting administrator in July 2018 following Pruitt’s forced resignation. EPA had planned to issue the final rule by this December, according to its latest semi-annual regulatory agenda.

In another major retrenchment, EPA no longer intends to pursue a separate proposal to set an agencywide approach for carrying out cost-benefit analyses for draft regulations, Wheeler said. After reviewing comments on the proposal, the agency will take a statute-by-statute approach to implementing that requirement in a "tailor-made" way, starting with the Clean Air Act, Wheeler said.

In response to one lawmaker’s questions, Wheeler said EPA — unlike the Agriculture Department and Bureau of Land Management — has no plans to move a substantial number of employees out of the Washington, D.C., area. He also defended a reorganization of the agency’s Office of Research and Development set for completion by next month.

"It does not change any of the important work ORD is tasked with — only how we manage those functions," he said in his opening statement.

The two-hour hearing marked Wheeler’s first appearance before the committee. While the ostensible theme was "science and technology" at EPA, lawmakers took the opportunity to query Wheeler on topics ranging from recycling to its revocation of California’s long-standing Clean Air Act waiver to set its own greenhouse gas emissions standards for cars.

"You created chaos here because the automakers are not going to know what to do," said Rep. Zoe Lofgren (D-Calif.). "This is going to be tied up in court for the foreseeable future."