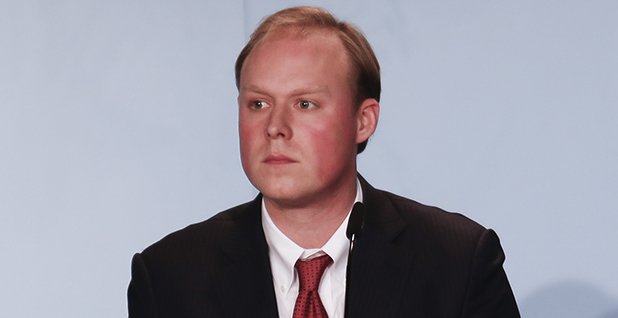 The calendars, released last week in response to Freedom of Information Act requests from E&E News, indicate that Wheeler and Francis Brooke spoke repeatedly on what are described as "weekly check-in" calls. The calendars run from the beginning of September through December 2018.

While the calendars also reflect similar contact between Wheeler and senior EPA staffers, Brooke appears to be the only White House official to fall in that category.

EPA and White House press staffers did not immediately reply to emailed requests for comment this morning on the purpose of the regular conversations, given that Brooke’s portfolio involves energy policy, not environmental issues.

But at a minimum, they could be read as a sign of White House involvement in EPA decisionmaking of interest to the fossil fuel industry. Last month, for example, Brooke reportedly facilitated a meeting with automakers aimed at enlisting their support of a proposed rollback of Obama clean car rules, a source familiar with the matter told E&E News (E&E News PM, March 22).

Wheeler’s calendars, which had been previously released for months prior to last September, also show the two men were in regular touch.