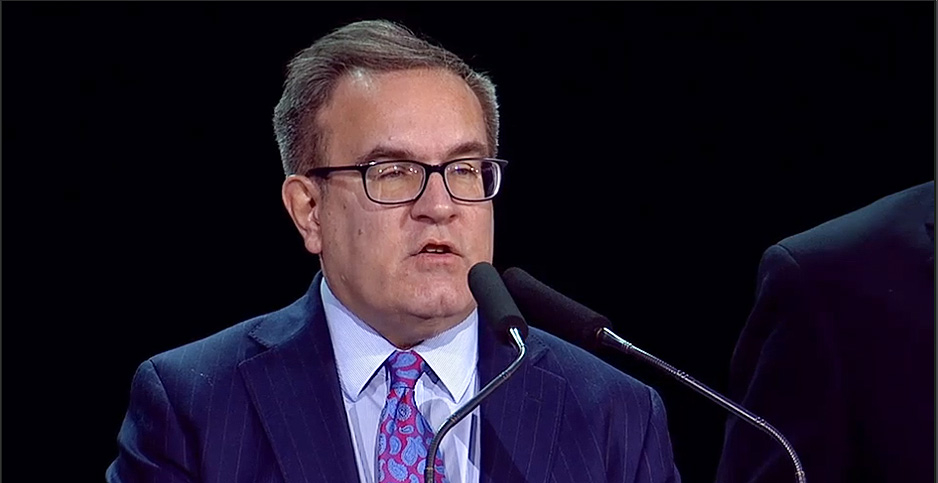 "My hope is that homebuilders and land developers across the country can refocus on building communities instead of meeting with lawyers," he told the National Association of Home Builders’ annual conference in Las Vegas.

The Trump administration has long said that its rollback is necessary because previous definitions of Waters of the U.S. were too confusing for landowners to understand on their own.

Hydrologists, though, have disputed whether the Trump rule, as proposed in December 2018, was actually as easy to interpret as the administration claimed (Greenwire, Feb. 18, 2019).

While still an unprecedented rollback in Clean Water Act protections, the final version of the Navigable Waters Protection Rule released today includes some small but significant changes from the draft version that could clear up some confusion.

The final rule would erase protections for more than half the nation’s wetlands and more than 18% of streams that flow only in response to rainfall or snowmelt.

But tweaks between the draft and final versions create some loopholes allowing some otherwise excluded water bodies to be protected under specific circumstances.

The draft version of the rule, for example, would have only protected wetlands that physically abut larger waterways and have a surface water connection to them in a "typical year."

To be protected by the final rule, wetlands still must have a surface water connection to larger waterways in a "typical year" but don’t necessarily have to be touching them.

That means, for example, that wetlands separated from a river by a levee or a berm could be protected under the Trump rule if there is "regular surface communication" between the two via a culvert or some other means of ensuring that the river and wetlands are not totally disconnected, a senior EPA official told reporters this afternoon.

Similarly, wetlands that are near rivers could be protected under the final rule if that river is known to regularly flood and connect with the wetlands.

"If that happens in a typical year, those wetlands are jurisdictional," the EPA official said.

Another tweak between the proposed and final rules would account for situations in which ephemeral streams fed only by rainwater are intermediaries between those that flow more regularly.

The final rule would eliminate protections for ephemeral streams but keeps them for those with intermittent or constant flows.

The rule explains that the changes were included to "address questions and concerns regarding under what circumstances a natural or artificial feature severed upstream jurisdiction."

The tweaks are unlikely to assuage Trump administration critics who have slammed the rollbacks.

"Both the draft and the final rule are very significant retreats from federal jurisdiction, there’s no question about that," said Mark Ryan, a former water attorney with EPA’s Region 10. "To make up numbers, if the draft rule was a 60% retreat, the final is a 58% retreat. So it’s slightly less bad than the draft, but it’s still bad."

The changes are also unlikely to change the opinions of groups like the National Association of Home Builders that have pushed the Trump administration to repeal previous Obama-era Clean Water Act protections and write its own regulations.

Attendees at the homebuilders conference were quick to applaud when Wheeler took aim at the Obama-era rule, calling it the "most recent in a long list of actions that expanded the federal government’s reach."

The Obama-era EPA "claimed it was in the interest of water quality," Wheeler said. "But it was really about power. Power in the hands of the federal government."