Wheeler’s not the Big Oil guy some imagine 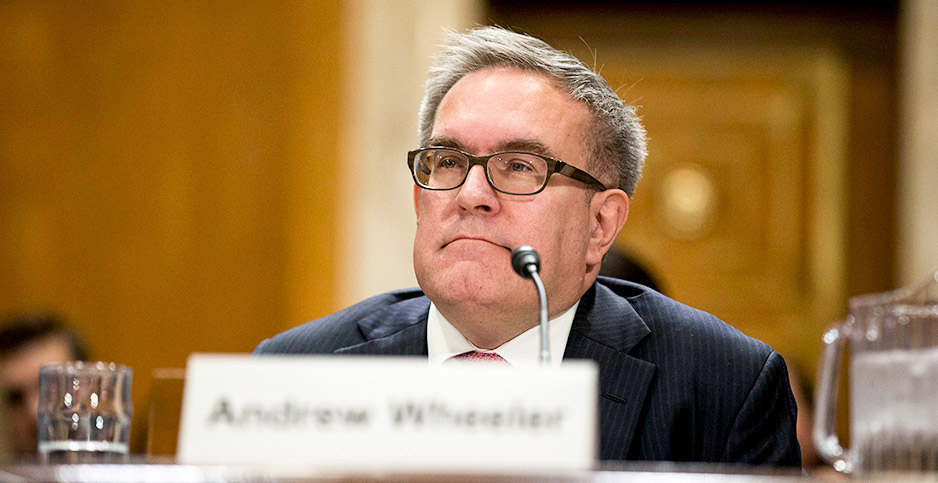 Andrew Wheeler is the acting administrator of EPA as of today. He's shown here during his confirmation hearing in November. Alex Edelman/Associated Press

As much as new EPA chief Andrew Wheeler is associated with the fossil fuel industry, there’s one aspect of it where he has little private-sector experience: oil and gas.

He lobbied for one of the country’s most controversial and politically active coal companies, Murray Energy Corp., and represented the Nuclear Energy Institute. But lobbying records don’t indicate any work on behalf of oil majors, independents or midstream companies. His former firm, Faegre Baker Daniels Consulting, doesn’t have extensive lobbying clients in that realm, either.

He certainly has familiarity with energy issues broadly and likely experience with oil and gas. Before becoming a lobbyist, he worked for Sen. Jim Inhofe (R-Okla.), one of the most vocal advocates of the oil and gas industry in Congress, if not the most. And he has lobbied on ethanol matters.

That provides some contrast to predecessor Scott Pruitt, who came to the job with a well-established relationship with major independent oil companies in his home state of Oklahoma.

As Oklahoma’s attorney general, Pruitt famously signed off on a letter to EPA written primarily by Oklahoma City-based Devon Energy Corp. In suing the Fish and Wildlife Service, he joined with an oil and gas group co-founded by Continental Resources Inc. CEO Harold Hamm, who led his re-election campaign.

Pruitt spent time at EPA maintaining and building that relationship. He attended the American Petroleum Institute’s board of directors dinner at the Trump International Hotel and addressed the oil company board of directors meetings.

But the scarcity of Wheeler’s oil and gas connections is no concern for the industry, said Jason Hutt, head of Bracewell LLP’s environmental and natural resources practice. For starters, he said, EPA doesn’t deal with oil and gas nearly as much as it does other sectors of the energy world.

"His home state doesn’t put oil and gas in his DNA like Pruitt’s does," Hutt said of Wheeler, who grew up in Ohio. "But I don’t know that it changes all that much. Andy knows the issues."

North Dakota Petroleum Council President Ron Ness expects things to keep going in the same direction — the right one, from his perspective.

Trump administration officials at EPA do have several oil and gas priorities they’re working on, starting with undoing Obama-era standards for methane emissions from new oil and gas sites. Those standards are still in place after a federal court rejected efforts to stall them.

The agency is studying whether federal regulations should be changed to allow more uses of oil and gas production wastewater. Enforcement chief Susan Bodine is shepherding a program to let oil and gas producers self-report air pollution violations.