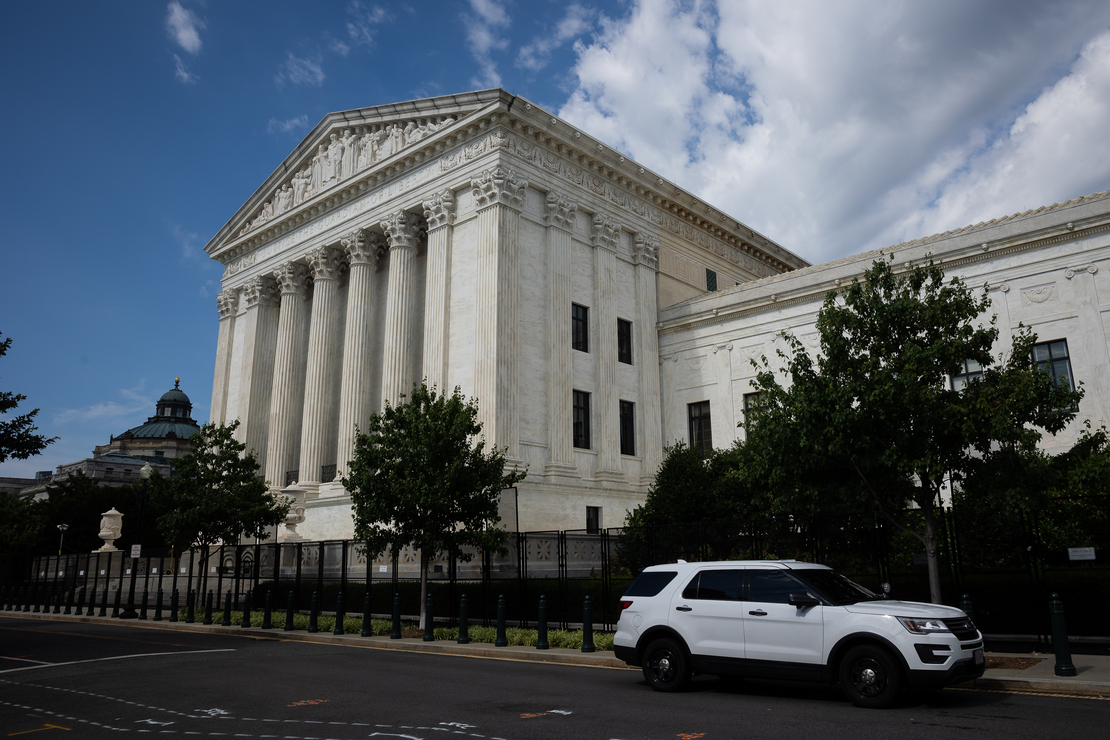 A famously messy 2006 Supreme Court ruling on the reach of the federal Clean Water Act over wetlands and isolated waterways is headed once again to the high court this fall.

At issue: the “significant nexus test” that let federal regulators cast a wide net over wetlands and waterways.

Legal experts say the high court’s conservative majority will adopt a more restrictive interpretation of EPA’s Clean Water Act authority in the wake of the Supreme Court’s June 30 decision in West Virginia v. EPA, which curbed the agency’s authority to regulate emissions from the power sector.

“This new, superconservative majority is looking for opportunities to strike down federal rules, and particularly environmental rules,” said Pat Parenteau, a professor at Vermont Law School. “This is an activist court looking to strike down rules. That’s the big lesson from West Virginia.”

The court will take up a big wetland case, Sacketts v. EPA, in early October. The case is about Chantell and Michael Sackett’s long battle to build a house on their Idaho property without federal permits. How the court decides that case could shape EPA’s authority and ability to regulate isolated wetlands, tributaries and ephemeral streams as “waters of the United States,” or WOTUS, under the Clean Water Act (Greenwire, Jan. 24).

This is the Sacketts’ second trip to the Supreme Court. In 2012, the justices sided 9-0 with the couple in their battle for judicial review of an EPA order that stopped them from building their house and threatened fines of more than $30,000 a day.

The court has agreed to consider whether the 9th U.S. Circuit Court of Appeals erred when it affirmed that the federal government has permitting authority over the Sacketts’ property near northern Idaho’s Priest Lake.

The justices will revisit the court’s 4-1-4 ruling in Rapanos v. United States, which ultimately failed to reach a clear conclusion on what approach is best to define government jurisdiction (Greenwire, Feb. 7, 2011).

In that case, Michigan landowner John Rapanos wanted to develop a property that was designated a federally protected wetland. Because he hadn’t applied for a permit, EPA sought to bring civil and criminal enforcement actions (Greenwire, March 7, 2017).

Justice Antonin Scalia, who issued a plurality opinion, found EPA’s authority and the definition of WOTUS should only extend to relatively permanent waters. Scalia famously based his interpretation on a definition of “waters” from Webster’s New International Dictionary: Second Edition. He was joined by Chief Justice John Roberts and Justices Clarence Thomas and Samuel Alito. Scalia died in 2016 (Greenwire, May 15, 2017).

Scalia’s view stands in sharp contrast to that of Justice Anthony Kennedy’s stand-alone opinion in Rapanos. Kennedy’s position — long considered the prevailing legal stance on wetland regulation by both circuit courts and the George W. Bush and Obama administrations — held that wetlands and small waterways should be federally protected if they have a “significant nexus” to an actual navigable waterway, meaning there must be a surface, chemical or biological connection.

Whichever way the court rules, its decision will arrive before EPA makes a move to finalize its own definition of WOTUS. The agency recently said a proposed rule won’t arrive until next year (Greenwire, June 22).

“They will definitely strike down ‘significant nexus,'” Parenteau said. “The question is how far they’ll go beyond that.”

While legal experts largely agree the court will adopt Scalia’s view of the Clean Water Act, they disagree on how the justices will get there.

Some say it could be a matter of the justices reading the law’s plain text.

Reflecting on the court’s literal reading of the Clean Air Act in its most recent climate ruling, Larry Liebesman, a senior adviser at Dawson & Associates, which specializes in water permitting issues, said the justices could conclude the term “significant nexus” doesn’t appear in federal statute and therefore constitutes an EPA overreach.

The court last month concluded in a 6-3 ruling — based on the “literal language” of Section 111(d) of the Clean Air Act — that EPA didn’t have the authority to so broadly interpret and apply that section of the statute to create an emissions-trading program for power plants, Liebesman said (Greenwire, June 30).

Justices could follow that playbook when it hears arguments in the WOTUS case, he said.

“In other words, the court could apply this to say the ‘significant nexus’ test does not appear anywhere in the face of the statute, and the way it’s been interpreted and applied has gone beyond the language of ‘navigable waters’ on the face of the Clean Water Act,” he said.

But Parenteau noted that the term “significant nexus” was originally coined by then-Chief Justice William Rehnquist in the 2001 ruling in Solid Waste of Northern Cooke County v. Army Corps of Engineers, which invalidated the Army Corps’ ability to regulate isolated, intrastate waters solely because those waters might be used by migratory birds (Greenwire, Dec. 18, 2003).

The larger driving force on the Supreme Court, he said, is that the conservative majority — including Scalia acolytes like Amy Coney Barrett who clerked under the justice — are eager to adopt Scalia’s test because it’s “anti-regulatory” and they have a desire to return power to the states.

The problem, Parenteau said, is that states — many of which are cash-strapped and understaffed — are ill-prepared or unwilling to regulate interconnected wetlands and tributaries.

Indeed, while some states may have their own rules to protect wetlands and waterways no longer covered by the Clean Water Act, many do not. Some state regulators have even been prohibited by their legislatures from enforcing standards stricter than the federal government’s (Greenwire, Jan. 21, 2019).

One point of agreement among legal scholars: The court is unlikely to invoke the “major questions doctrine” as it did in the West Virginia climate ruling, a relatively new legal theory, which holds that clear direction from Congress is needed before agencies weigh in on matters of “vast economic and political significance” (Greenwire, June 30).

“WOTUS is a much different animal than the [Clean Power Plan],” Parenteau said. “There are other ways for the court to gut the Clean Water Act without the [doctrine]. Just say Scalia’s opinion is controlling.”

Holland & Hart LLP partner Ashley Peck agreed that rulemaking regarding the definition of WOTUS — and the reach of the Clean Water Act — does not implicate the “major questions” doctrine since EPA has been regulating wetlands and tributaries that don’t have a surface connection to traditionally navigable waters for decades.

But Peck said the Supreme Court in its climate ruling did point to Congress having attempted and failed to pass climate change legislation in the past, which she noted has also been the case with WOTUS.

“This Court could very well try to extend the doctrine to curtail EPA’s jurisdictional reach given the aggressive tact it’s taken in other recent cases,” she said.

Daniel Walters, an assistant professor at Penn State Law, said it’s hard to see how the court could invoke the doctrine with respect to the meaning of WOTUS after referring that question to the agencies repeatedly.

“This is not a novel interpretation of an obscure statutory provision, like the court seemed to think EPA’s interpretation in the [climate case] was,” he said. “Rather, it seems like Congress very much expected agencies would further define and implement the statutory language.”

William Buzbee, a professor at Georgetown Law, agreed: “I think this case actually strengthens the argument in Sackett that the major questions doctrine has no place in that case.”