When the Breeze stops: Retail default hits as summer arrives 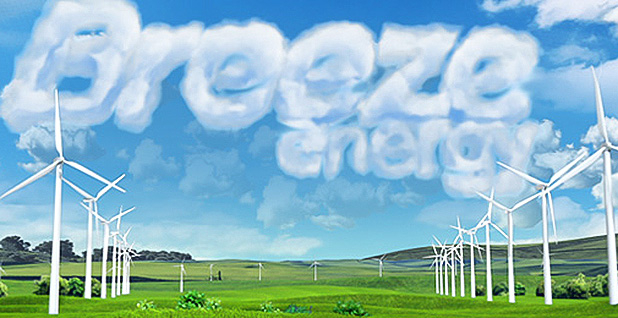 HOUSTON — The week after Memorial Day wasn’t a normal one for Texas’ celebrated retail power market.

On May 29, the grid operator told a group of industry players that an electric retailer was about to lose its customers. News spread the next day with a wider market notice and some media coverage.

It became personal for me on May 31, when an official-looking email arrived. Then my phone rang.

"This message concerning your electric account is provided by the Public Utility Commission of Texas," said a voice on a recorded message. "Your current retail electric provider, Breeze LLC, is leaving the Texas market."

May was ending, and change was coming for Breeze customers by early June. "To ensure you’ll continue with electric service, your account is being transitioned to another provider. Additional information will be sent to you by U.S. mail," the recorded voice continued.

The company, which used the Breeze Energy name on its website, had been selling power in Texas’ main power market for several years. Breeze sought to offer customers a way to pay for wind power at affordable prices, even if it couldn’t control where electricity delivered for a given home originated. The company was one of many REPs, or retail electric providers, offering plans and sending power bills to customers. In the end, about 9,700 Breeze customers were sent to assigned providers.

This is a tale of how one journalist digested the reality of being part of the Breeze diaspora while also trying to see the bigger picture. Breeze’s demise is important because it signals the potential for further disruption as summer takes hold in the region managed by the Electric Reliability Council of Texas, the state’s main grid operator. It also offers lessons for other states about how competitive markets function.

This sort of abrupt exit from the Texas retail market hadn’t happened since 2014, when the circumstances were different.

Already this year, ERCOT has announced new May and June peak electric demand numbers, and it’s possible the region will see a new all-time peak as 2018 progresses. The retirement of a number of coal-fired generating units is a big reason there’s a relatively tight reserve margin in the region this summer (Energywire, May 2).

Wholesale price spikes are possible during hot stretches, so retailers must be on their toes. The same is true for customers in places such as Houston and Dallas, where there’s retail choice.

"Typically there are no advance communications to [a] customer that a REP is in danger of default," the PUC said in a statement. "However, the transition decision, once made, moves quickly to ensure customers can keep their lights on as they search for a suitable plan."

So what happened? The PUC said Breeze had a default related to a standard form market participant agreement with ERCOT. Retail electric providers have obligations to meet, the PUC said, such as having enough collateral to do transactions in the wholesale market. Companies can wind up in default in a matter of days if they don’t meet commitment levels.

Did my lights go out? No. Texas’ competitive market has a backstop known as the Provider of Last Resort, or POLR. The POLR in my case was Reliant, the familiar brand that’s part of NRG Energy Inc. But it wasn’t the only POLR.

"We had a REP — a competitive retailer — that defaulted on collateral cost to ERCOT," Mark Ruane, ERCOT’s director of settlements, retail and credit, told ERCOT’s board this week. "When they failed to cure that breach, we initiated a mass transition."

Ruane said Tuesday that about 65 percent of the identified meter locations that went to POLRs had switched to other providers.

ERCOT and the PUC are expected to examine lessons learned.

"While things went smoothly with it, I think things could go smoother in the future," DeAnn Walker, chairwoman of the PUC, said during a meeting yesterday.

I was shifted to Reliant with ease, but the terms were far different from the plan I had with Breeze. Instead of a recent average price of less than 10 cents per kilowatt-hour, paperwork from Reliant showed some average prices around 17 cents per kWh. That could translate into hundreds of extra dollars over a number of months.

Experts say people affected by a forced switch should move swiftly to secure a new plan, either with their POLR or another provider. A customer also needs to be aware of a potential deposit with a new provider.

POLR offers are month to month, which means rates can vary, explained Pat Hammond, a Reliant spokeswoman. "And so, needless to say, pricing would be better on a term plan."

Hammond encouraged customers to call Reliant to explore pricing options. She said Reliant wants to provide a seamless experience and offer customers products and services through a company with "a stable track record in this market."

The timing of the Breeze default was unfortunate for customers because prices have been climbing. ERCOT’s summer season runs from June through September.

The Association of Electric Companies of Texas, which crunched data from the state’s Power to Choose website, said the average one-year, fixed-price offer in the state’s competitive retail market was about 11.1 cents this month, up from 10 cents in May and 9.2 cents in June 2017. The snapshots from early each month are based on 1,000 kWh a month.

Julia Rathgeber, the association’s CEO, said she thinks the competitive market will work, even if it could result in periods with higher power prices that may eventually help lead to more generation investment. While such discussions often refer to wholesale prices, Rathgeber also encouraged consumers to look at their retail contracts. A recent check of the Power to Choose website showed dozens of retail electric providers with offers for Texas residential customers.

Scott Hudson, president of retail at Vistra, said customers’ electricity decisions are about more than just price. Brand trust and product and service benefits have an impact, he said, noting past study results.

"When you’re selling an intangible good, an essential service, something that someone can’t live without, how you treat your customers sets you apart," Hudson said.

One option for customers is an outfit called Energy Ogre. Jesson Bradshaw, the company’s CEO, said Energy Ogre acts as a personal electricity consultant. It has been featured on TV stations and was quoted on the Breeze situation.

So I called Bradshaw to ask about his company, the retail market and Breeze.

The premise of Energy Ogre is straightforward: It says customers can pay $120 a year, or $10 a month, for the company to explore the math behind what would be the best electricity plan. The company tries to sift through offers to help make the best choice for a customer.

Information from a recent bill helps, as can smart meter data. Energy Ogre can factor in a customer’s preferences, including on renewable energy.

So does Energy Ogre save a customer more than $120 a year?

"Generally, we’ve found that to be the case historically versus what people will otherwise choose for themselves with a lot of these gotcha plans," Bradshaw said, alluding to some offers that appear to have lower prices than what usually materialize.

But even if Energy Ogre delivers "a push," Bradshaw touted the convenience factor and concierge aspect of his company’s work to find the right plan and help answer questions. The company has tens of thousands of customers, according to Bradshaw.

He remains a believer in the competitive retail market and what it can mean for consumers. He said retailers perform a commodity risk management function, though he said the retail market could use more focus on time-of-use products that could help reduce peak load at certain times.

The Breeze exit is "not a good look" for the competitive market, Bradshaw acknowledged, but added that it’s good more customers weren’t affected. Energy Ogre had some customers with Breeze, and it had to work to help them find new plans.

Bradshaw said people generally will be better off in the long run if they pick the most price-competitive plans, noting that it can be hard to dig into the financial condition of retailers. A customer also can break a retail contract, pay a fee and move on if prices in the market end up plunging.

‘Once again, thank you’

Leslie Sopko, an ERCOT spokeswoman, said in a statement that "ERCOT is working with the PUC to determine the most appropriate message to consumers moving forward."

Sopko said the "mass transition process ensures customers continue to have electric service even if their electric company defaults on its financial obligations to ERCOT." The move "minimizes the overall impact to other market participants by removing the defaulting company from the market," she said.

Ed Hirs, an energy economist with the University of Houston, argued that electric retailers are "essentially middlemen." He said situations sometimes allow for "shotgun marriages" in which struggling retailers sell their books to other providers. The Texas retail market may see more forced combinations or failures as summer goes along, according to Hirs.

The Breeze exit shows that some of the smaller retailers "need to be very, very diligent in matching their assets and liabilities," he said.

I found a plan this month through a company called Southwest Power & Light, with average prices for me expected to exceed 10 cents per kWh. An early termination fee offers a potential way out if market prices drop. A monthly bill will incorporate various items, including energy and regulated wires charges.

Electric notices have been piling up. I received a check in the mail from Breeze for my deposit and some interest minus what I owed for my final weeks of service. I got a bill from Reliant for my brief stay there. And I have emails from my new provider.

The Texas Office of Public Utility Counsel (OPUC) posted some consumer and shopping tips on Facebook this month. They include checking an account’s current contract end date, knowing historical use and selecting a contract length. Cooler periods can see lower use and sometimes lower prices, the post says.

OPUC’s entry also recommends a fixed-rate plan heading into summer. Other options include variable rates and prepaid plans that could have higher rates for peak summer use.

For now, at least, Breeze appears largely gone with the Texas wind.

"Once again," the company said in its letter, "thank you for being a valued customer."