Where the energy storage industry is happening now 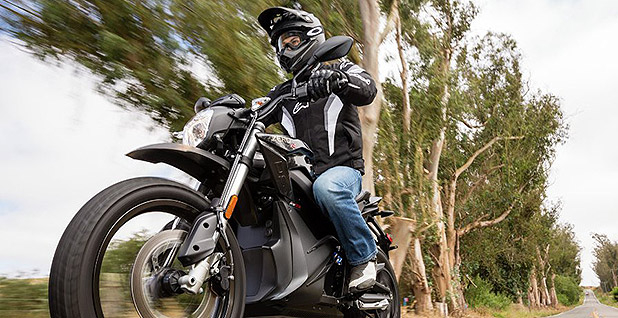 The United States would seem a shoo-in to dominate the emerging energy storage industry. Domestic companies already make batteries for every possible use, from medical implants to soldiers’ kits to warehouse forklifts to massive systems that can absorb the output from solar farms.

But it is a disjointed effort that isn’t prepared to seize two mammoth markets that are poised to take off in the next decade: electric vehicles and "stationary" storage for buildings and the electric grid.

The maps below plot the evolving ecosystem. Dots indicate companies with commercial products, as well as larger firms with energy storage divisions. Other important nodes are omitted, such as universities, national laboratories and corporations that dabble in energy storage but don’t have something to sell.

Alongside them, but much more recent, are solar panel makers like SunPower and solar installers like Sunrun, which are beginning to add storage to their offerings. The area also has chemicals suppliers, materials makers and software firms that were founded to serve Silicon Valley’s main business — computing — but are spilling over into energy storage.

Semiconductors, the foundation of the computer revolution, were invented here, and the electronics expertise never left. Much of it can be found at Stanford University and the University of California, Berkeley, as well as the region’s three national laboratories: Lawrence Berkeley, Lawrence Livermore and the SLAC National Accelerator Laboratory.

The Bay Area’s energy storage industry has a willing partner in California’s Legislature. The state has a goal of producing 50 percent of its electricity from renewable sources by 2030 — a goal that won’t be possible to meet without storage to manage the unpredictable output from solar and wind farms. The overwhelmingly Democratic Legislature required the state’s utilities to add 1.3 gigawatts of energy storage by 2020, and makes hundreds of millions of dollars available to energy storage projects under a rebate program. California has far and away more energy storage deployed in homes, in businesses and at utilities than anywhere in the country.

Despite all this glowing promise, these many players don’t yet view themselves as an industry. A couple of trade groups would like to change that. One is the California Energy Storage Alliance, which focuses on the electric grid, and another is CalCharge, a consortium that helps storage startups access the world-class facilities at the Bay Area’s national labs.

While Tesla’s Gigafactory in Nevada grabs the headlines, there are arguably more kilowatts of lithium-ion batteries now being produced on the shore of Lake Michigan. The cluster spans the southern part of the state and centers on the auto industry.

"There’s an interest in staying cutting-edge and figuring out how to keep the jobs here," said Liesl Clark, president of the Michigan Energy Innovation Business Council.

The western anchor of this belt is LG Chem’s plant in Holland, which fabricates the battery packs for several models of U.S. electric cars. Holland is also where Johnson Controls, the world’s largest maker of traditional lead-acid auto batteries, built the factory for its small but growing lithium-ion business.

To the east, the university town of Ann Arbor is a center for research, development and small-scale manufacturing. That’s where the University of Michigan keeps its Battery Lab, a $10 million test facility that mimics industrial production. It’s fully booked, with 75 percent of its customers being Michigan businesses.

Head east on Interstate 94 to reach Ford Motor Co.’s 1.7-million-square-foot factory in Ypsilanti, a section of which assembles electric vehicle battery packs. Ford has committed to investing $4.5 billion by 2020 in "electrified vehicle solutions," including 13 models of EVs.

Near Detroit is General Motors’ Brownstown Battery Assembly Plant, which puts together the batteries for the Chevy Volt and other GM hybrids. In Troy, LG Chem designs its batteries for the grid. To the north, Xalt Energy makes lithium-ion cells and battery packs for buses and trucks, but announced layoffs last year after a big Chinese contract fell through.

Nevada belongs on this list because of exactly one building: the Tesla Gigafactory, which when completed will be one of the world’s largest structures. Its scale is hard to imagine. By 2020, the company expects to produce 35 gigawatt-hours of lithium-ion battery cells, or more than are made in the rest of the world.

Tesla’s mighty maw might get lithium mining started in Nevada, though it is slow going. The company has signed an exploratory agreement with Pure Energy Minerals, to the southeast in Clayton Valley.

New York doesn’t have much of an advanced energy storage industry yet, but the state government is sure trying. Lawmakers in Albany played a key role in forming the New York Battery & Energy Storage Technology Consortium (NY-BEST), which now has 150 members.

The new wave of energy storage is composed of a small constellation of startups, including EnerMat, Voltaiq, Eos Energy Storage and Urban Electric Power, along with a passel of university spinoffs that aren’t yet selling products (Energywire, Nov. 19, 2014).

New York had a program, now complete, to provide incentives to energy storage projects that would reduce load in the state. Like California, the state has a goal of obtaining 50 percent of its electricity from renewable sources by 2030. The state’s effort to remake the electricity grid, called Reforming the Energy Vision (REV), is not yet complete but is expected to be favorable to storage.

Quite by accident, North Carolina has become one of the biggest and most diverse battery hubs in the country. But it is so far under the radar that the local chambers of commerce don’t even track it.